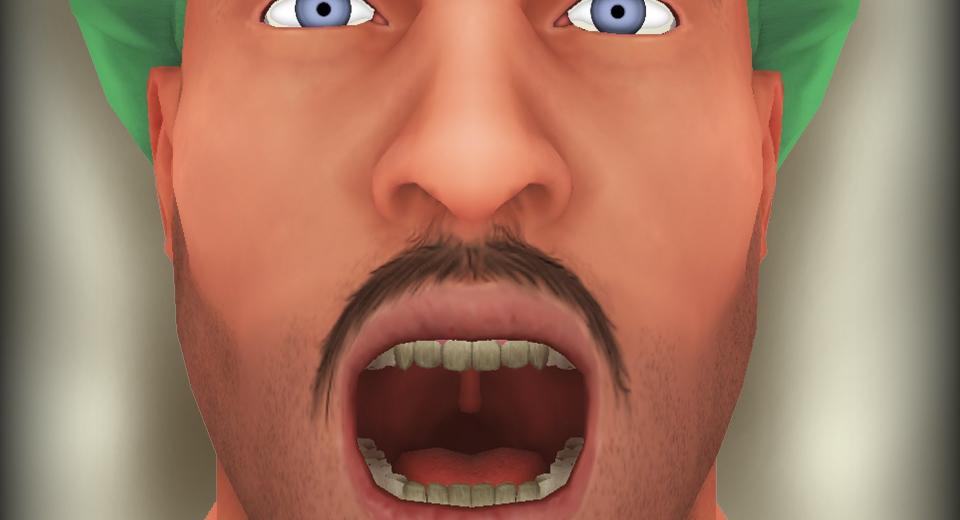 So here I am again; donning the metaphorical scrubs and preparing for what could be life-changing surgery. By life-changing, I don’t mean for the better either as things are about to get messy. Very messy. Of course I am talking about the ported version of last year’s Steam hit: Surgeon Simulator. After gathering support and backing via Greenlight, Surgeon Simulator landed on PC; it allowed you to partake in medical procedures on one unlucky patient, named Bob. As it happened, the experience was nowhere near as fun as it should have been, and the controls reflected the fact that the game was created in a relatively short space of time. But as Surgeon Simulator is transferred from one format to another, changes have been made in order to adapt your surgical antics to touchscreen devices. The flailing left hand of before has gone, and now all actions are completed with a prod and a poke of your fingers. Swiping two digits facilitates navigation, whilst a single finger allows you to interact and pick up objects. As guidance, a press with your opposing finger allows you to guide tools and items to their desired destination.

In some instances, this helps you to make more accurate manoeuvres than it did when controlling the hand in the PC outing. However, your tools don’t always point in the right direction, the desired end you need to use isn’t always the one which is facing poor old Bob. Trying to remove bones with a hammer handle or make incisions with the blunt edge of a scalpel isn’t the best way to conduct complicated surgical procedures. As before, there is a selection of operations for you to try your hand at. The game starts with the easier procedures, such as a heart transplant, before moving onto the harder and more ridiculous such as an eye transplant. The same issues remain as before however, and the most fun comes from larking around rather than trying to actually complete the surgery.

The touch controls aren’t as intuitive as you would first think, and prove so erratic that it becomes hard to predict how your moves will affect your overall progress within the surgery. One slight slip will result in a minor cut and small blood loss, with a larger slice not even making a mark on an organ which you are trying to remove. There are some new features added with this outing which gives you more value than the PC version, such as new procedures involving dental and optical work being included. Furthermore, surgery can be completed whilst Bob is being transported on the surgery table as opposed to being stationary in the operating room.

Why you would want to do this is a mystery, as surgery is hard enough without adding the extra challenge of being mobile into the mix. There's even a multiplayer aspect to the game now, but at the time of writing I could not get the mode to work which was disappointing, as the inclusion of multiplayer into this game is an intriguing one.

There are a few nice touches within the game, as there were in the last version, Easter eggs are scattered throughout which poke fun at existing games and franchises, whilst the whole interactive front desk remains a good play area.

For an iPad game, Surgeon Simulator looks rather nice and performs very well. There are no issues with slowdown and the whole experience is pretty much bug free, which is credit to the team in working hard to iron out any issues in the process of moving from one format to another.

If you enjoyed the PC version of Surgeon Simulator then you're bound to find this touch iteration every bit as entertaining. There are a few new features for you to dabble with which make it worthwhile picking up again, but ultimately it's not something which you will sit and play non-stop; it's an interesting distraction.

If you have a quick five or ten minutes to fill, then it's great, but you won't find yourself pouring hours into it like you may with other, deeper mobile games. So, whether or not you find the price right is down to personal opinion, but if you find yourself longing for a game in which you can slice and dice people with little care or attention, then this is the title for you.