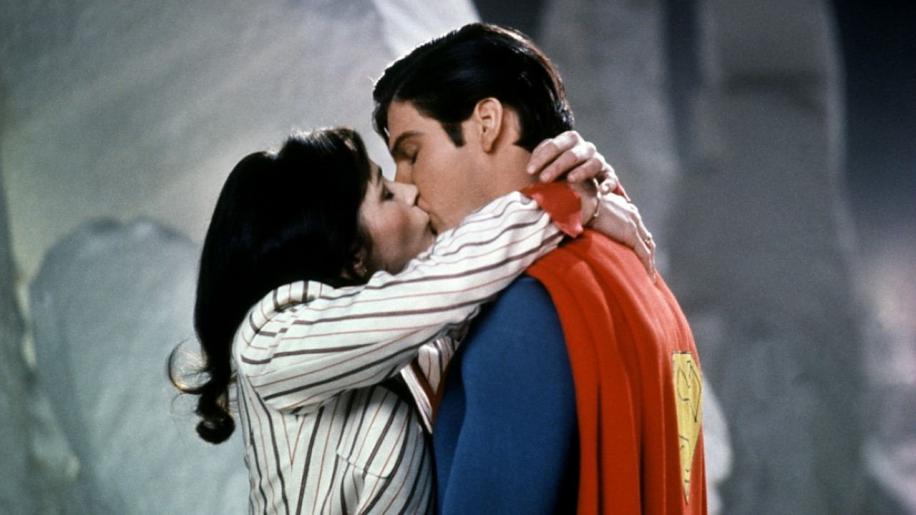 The disc has been given an all new digitally remastered anamorphic widescreen 2.35:1 transfer and will be the best picture available to this format. On the whole, its pretty good, the print is clean and mostly free from damage, though a bit grainy in places. Colours are reasonably solid, Superman's red cape is suitably vivid, but they do tend to thin in places, never wash, but thin. Detail varies a little between scenes, on the whole it's good, but does soften in a few areas, not helped by the soft focus in some scenes. As mentioned above, the digital clean up does highlight some of the effects work, dulling the colours or enhancing the blue screen edge, however this is rather unavoidable. Digitally there were no compression problems or any edge enhancement. For its age this is a terrific looking picture despite its occasional flaw.

There are three Dolby Digital sound tracks to choose from English 5.1 and 2.0 surround and French 1.0 mono. The 5.1 track is lacking a decent middle, it has great low Frequency and good top end, but it lacks the bass to give a decent middle. This has the effect of making everything seem ever so slightly thin except the LF effects, explosions car crashes etc., which utilise the sub and are thumpingly good. The separation is good and there are some nice surround effects, all best illustrated in the opening credits. Williams' score is pumped through all the speakers, the credits 'whoosh' through the room, yet there isn't enough bass to fill the room. It's not disappointing, rather a little thin compared to modern releases, but, like the picture, this is the best the film is ever going to sound on this format.

On disc one the main extra is an audio commentary with executive producer Ilya Salkind and producer Pierre Spengler.

The other extras are the film's theatrical trailer and a forty second deleted scene with Superman making a soufflé.

It is on disc two that the more substantial extras are found, even if they are not particularly specific to this film. First up is a vintage 'making of Superman II' documentary that runs for about an hour. It has plenty of behind the scenes filming, excerpts from the films premier and after film party, there are interviews with all the principle cast and crew (loved Terry Stamp's red robe), model and special effects shots all tied together with a 'movie trailer narrator'. It's actually pretty good, if you can get past the terrible quality of the film. Plenty of information is given, though, not surprisingly, nothing is mentioned about Richard Donner. Worth a look to see how it was done back in the day.

Next up is a rather light hearted look at Superman's 50th Anniversary. It is a fifty minute piece that takes a look at the various incarnations of Superman seen on the screen from his early animated features to the TV series' right up to the Superman movies. With interviews from people who live and work in Metropolis it's all played a bit for laughs, when you see the anchor is Dana Carvey (of Wayne's World fame) you know what to expect.

The only 'new' feature on this disc is First Flight: The Fleischer Superman Series a ten minute featurette on the Fleischer animated series of Superman. At the time second only to Disney in the animation stakes and inventor of the rotoscope technique, the Fleischer brothers created a series of Superman that is both bright, vivid and compelling, if a little dated in its story telling approach. With plenty of interviews it packs a lot of information into its short run time and actually leaves you wanting more!

Next up are eight remastered animated episodes of Superman from Famous Studios of Paramount fame. They are titled Japoteurs, Showdown, Eleventh Hour, Destruction, Inc., The Mummy Strikes, Jungle Drums, The Underground World and Secret Agent. Bold vivid and solid with reasonable sound these eight adventures are a joy to watch. Ok, the stories are all a bit hokey, and a little paranoid, but such great fun. For me the best extras in the set.

Superman II, an enjoyable film that one shouldn't take too seriously. It isn't steeped in the Superman mythos as most would like, and perhaps a little slow in places, but nevertheless it still remains a watchable and enjoyable film even after twenty six years. As a DVD this set has the best picture and sound that the film is ever likely to have on this format and with a decent array of extras to back it up is a very decent product.