Supergirl goes from strength to strength in her solid sophomore season 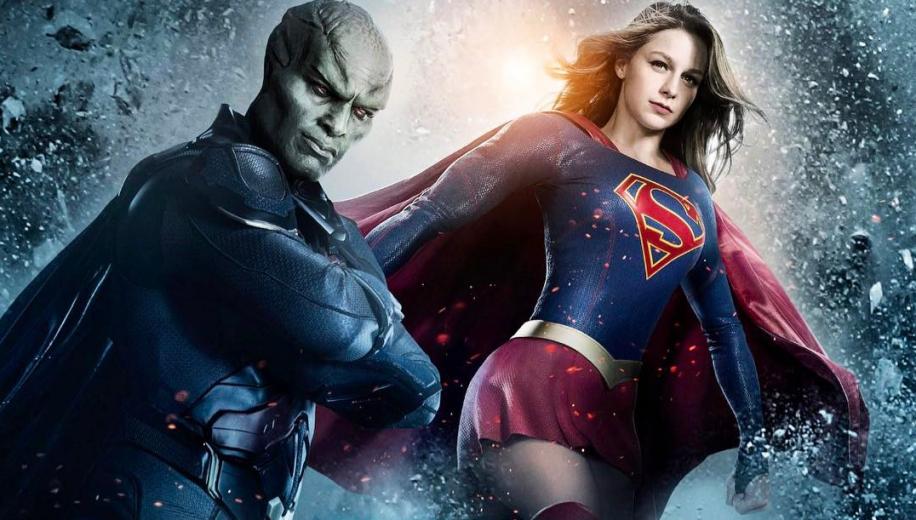 Making the transition to the CW network, Supergirl joins the same universe as The Flash and Arrow but remains a solid and distinctive show in its own right.

More interesting than her famous cousin, the last daughter of Krypton, Kara, soars into her second season. Due to the fact that her backstory is less familiar, there’s room to expand beyond Superman's formulaic loathed-by-Luthor, loved-by-Lois arcs. Although there’s a changing of the guard – as Supergirl gets absorbed into the CW/DC family amidst Arrow and The Flash, and jettison’s Calista Flockhart’s airbrushed Cat Grant – it’s largely business as normal, with threats and foes, love and loss, plenty of super-skirmishes and an equal amount of heavy-handed and suitably subtle social commentary thrown into the mix. There’s even a (further) nod to the old Lois & Clark Adventures of Superman, as Earth comes under threat from an(other) alien race. And, thankfully, despite the arguably unnecessary involvement of Superman in this series, Martian Manhunter still steals the show, continuing to be one of the best of all of the underused DC characters.
Indeed Supergirl’s biggest foes remain her supporting characters, with a very weak alternative interpretation of James Olsen now turned, CW-style, into a side-kick hero himself (like just about everybody who has ever met The Green Arrow), and a goofy, nerd/hacker type far removed from even the likes of Cisco from The Flash, both of whom take up far too much screentime. Her earth-bound sister’s development is slightly more tolerable, if only because of her budding romance with a female cop, which makes for some solid prejudice / intolerance storylines, particularly involving the Alien ‘bar’ and potentially disapproving friends and family. Of course Kara’s got her own woes, with romance coming from afar (CW always seem to ditch their first loves in the second season – c.f. Flash, Arrow) and betrayal from closer to home. It’s a solid second season, boasting better action and effects, more thoughtful storylines, and thankfully not too much crossover. 
It's a very good video presentation

The first season suffered from some spotty softness mostly centred on airbrushing Calista Flockhart to make her look younger, but with her (mostly) gone, and with the shift to the CW, Supergirl looks even better now, with fewer quibbles and more shiny, demo moments. Detail is generally very good indeed, with strong skin texturing and background nuances, and attention to detail in particular on the costumes and alien characters. The effects hold up better, and soar in the colour department, which provides some vibrant, rich reds and blues, and plenty of vivid explosions. There's really little here to complain about, and quite a lot here to be pleased by, and overall it's a very good presentation indeed.

On the aural front, the release's accompanying DTS-HD Master Audio 5.1 track is also a solid, frequently impressive effort, bolstered by that suitably rousing Superman-riff theme tune which is one of the most distinctive of the entire DC catalogue.

Dialogue remains well-prioritised across the frontal array, whilst the effects, large and small, are well observed and distinctly disseminated across the broader surround spectrum. There are heavy effects-based sequences that dish out super-powered fisticuffs, futuristic tech weaponry and even intergalactic spaceship attacks with aplomb, allowing your living room to come alive during the more engulfing skirmishes. The score provides welcome support across the surrounds and rears and overall it's a strong aural presentation.

Far from bare bones but far from substantial

A single Commentary, a couple of Featurettes, a Fact-file, an Interview and an excerpt from the Comic-Con panel make for the entirety of the extra features, which leaves this far from bare bones, but also arguably far from substantial.

Writer/Director Kevin Smith teams up with Andrew Kreisberg for a Commentary on Supergirl Lives, and reteam in an Interview discussing their work on both this and The Flash, and integrating the whole DC TV universe together. The two Featurettes focus on the alien side of things, 10 minutes on the Alien Fight Club and 20 minutes on the effects in Aliens Among Us, whilst the Facts for Fans offers some trivia on the characters and show, and the 2016 Comic-Con Panel has the cast and crew reflect on the show.

Although there’s a changing of the guard, as Supergirl gets absorbed into the CW/DC family, it’s largely business as normal

Warner's UK Blu-ray release of the second season of Supergirl provides strong video and audio and a reasonable - if slight - selection of extras. Building upon a solid first season, it's a better - if still flawed - outing, and can hopefully only get stronger from here.