The Nintendo all-stars throw down once more, with the biggest and most eclectic cast the series has ever seen 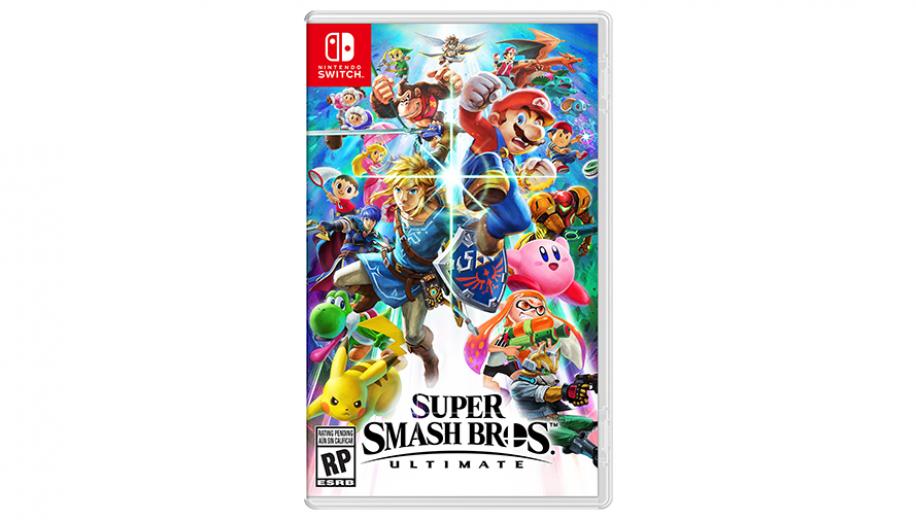 If you enjoy unlocking things, there's a good chance that Smash Ultimate will be one of your favourite games of all time. There are the characters, for a start – you begin with the same basic eight-fighter roster seen in the original N64 game, but everything you do in the game works towards adding to the character count both through specific challenges and through overall match count.

New fighters pop up frequently and will need to be defeated in a 1v1 match in order to make them available for use, though a useful new feature allows you to request rematches after a while should they beat you... useful if they jump you while you're using a character you're not so hot with. They just keep coming and the character select screen grows at an astonishing rate until the grid is so packed that you're spoiled for choice, with over 70 playable fighters once you unlock the lot.

Then, the standalone World Of Light quest mode sees you unlocking everyone again for use solely in that mode, along with hundreds of Spirits – support stickers featuring characters and art from across the Nintendoverse and beyond that can be equipped to boost stats and gain various useful properties. It's pretty hard to do anything in this game that doesn't unlock something, honestly. The game's 'Ultimate' suffix is no lie

When it comes to the actual battles, the game's 'Ultimate' suffix is no lie. Every returning character has been completely overhauled since the Wii U version, with tons of new moves, properties, items, stage gimmicks, and all that other good stuff that makes Smash the glorious mess that it is. The roster is a who's-who of Nintendo's back catalogue, with most major gaps in its history filled by the Spirits and plenty of representation from outside of Nintendo's history as well, including recognisable envoys from Sega, Konami, Bandai Namco, Square, Capcom, Ubisoft and more.

Fights escalate from simple 1v1 bouts to chaotic eight-player rumbles and rules can be adjusted to your liking, on both a broader level (setting stages to uniform competitive specs or disabling items) and a micromanagement one, in case you might want to take particular levels out of rotation or adjust which items can appear and with what frequency.

Spirit battles use all of this pretty cleverly, pitting you against one or more of the playable characters representing the Spirit in question, with their costume and the fight rules tailored to look and feel like the guest character – Metal Gear Solid's Hal Emmerich Spirit fight, for instance, pits you against a cowardly Dr. Mario protected by a giant metal ROB, for instance, and most feel similarly fantastic thematically.

Multiplayer remains the heart of Smash and there are plenty of online and local options for if/when you tire of constantly unlocking stuff solo. The nature of the Switch means that you can play two-player locally with one Joy-Con each and with so many variables at work, every fight is a unique and chaotic colourful showdown. It's a hell of a lot of fun, even when there's so much going on that it becomes nigh impossible to keep up with the fast-paced craziness. It's hard to call Smash Ultimate the best crossover fighter ever made in a world where Capcom Vs. SNK 2 exists, but it's certainly the finest in recent memory.

In opening its doors to embrace more than just Nintendo characters, even more players get to see what real fan service looks like and as ridiculous as the idea of Snake and Bayonetta smacking one another around with hammers might be, the game is all the more entertaining for it and there are precious few playground arguments about who would win in a fight that can't be settled here.

Good luck to Nintendo in trying to top this amount of content in the next Smash game, though – it's frankly astonishing just how much there is in this game and the mashup madness certainly benefits from the content overload.