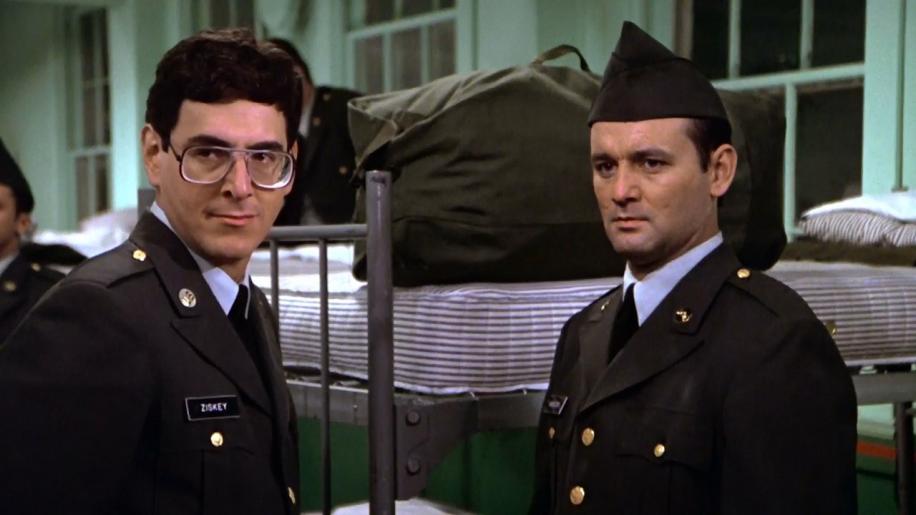 Sony has provided a theatrically correct 1.85:1 aspect anamorphically enhanced for widescreen TVs picture with an average bitrate of 4.77 Mbps. On the whole I was very pleased with the picture, though there were a few problems throughout. The main bugbear was with inconsistency with the detail. At times it was razor shape at others it softened quite dramatically. When the picture was sharp, it did have the unfortunate effect of showing up film grain and edge enhancement, additionally the brightness fluctuated slightly. These occurrences were rare, but quite easily seen. Colour wise everything is well defined and natural, aside from the above problem, brightness and contrast were good giving rise to nice deep blacks. Digitally there were no compression problems, but edge enhancement was evident as noted above, as was film grain. I am fully convinced that all the digital problems have arisen due to the clean up effects utilised to make the picture as good as it can be. This film is over twenty years old, and was made quickly and with a shallow budget; still the prints that I have owned over the years were never bad, so this type of over processing seems a little unnecessary. Never overly distracting, but nevertheless noticeable, it still remains a good print. The disc has only one sound track an English Dolby digital 5.1 mix. Like the picture, I was likewise pleased with the audio track, however, most of the action is contained fairly and squarely at the front. The centre speaker gets far more of the action than any of the others, thankfully it is always clear and precise, free from distortion and hiss. The surround effects are very limited, the score getting the meat of the action. During the war section there are some nice bullet and explosion effects to fill the room and this is where the LFE gets is biggest workout. The range was set nicely in the middle, with only a small amount of depth to the bass, all this a function of the original soundtrack. So, little to get too excited about, but still a good track considering the limitations of the original source. Only two real extras are included on this disc, a feature commentary from director Ivan Reitman and writer/producer Dan Goldberg and the Stars and Stripes making of documentary.

The commentary is a lively affair with both Reitman and Goldberg taking equal mike time. They have a lot to say about everything associated with the film, and make a point of highlighting the extra scenes and give insight into the original exclusion. One thing I did found annoying is the pair's constant referral to a deleted scene section; this DVD has NO such section, so obviously a straight port from the R1 disc. They say it so much you can play a fairly decent drinking game! In the end I did enjoyed this informal chat, but for those that would rather hear the film, the commentary is also subtitled.

The second extra is the magnificent Stars and Stripes making of documentary, that manages to reunite all of the main cast and crew as each give there little piece on the making of the film. It does lack any behind the scene material, save a few photos, but the information given more than makes up for that. All have fond memories and all have nice things to say about their fellow cast members. I didn't like the way it was split into two sections, totally unnecessary, and even lead to some repetition. However, over looking this, the documentary is a worthy addition and certainly one of the better I've seen in a long time.

Finally the last selectable 'extra' is the trailers section which is a collection of trailers for other movies, not this one. Stripes is a very funny film, has stood the test of time and deserves a decent release. Unfortunately this release is not it, with no option but the extended cut, and less extras than its R1 brother, I predict a bumpy road ahead, as most well probably head over the water to get a truly special edition.