What could go wrong? In short nothing 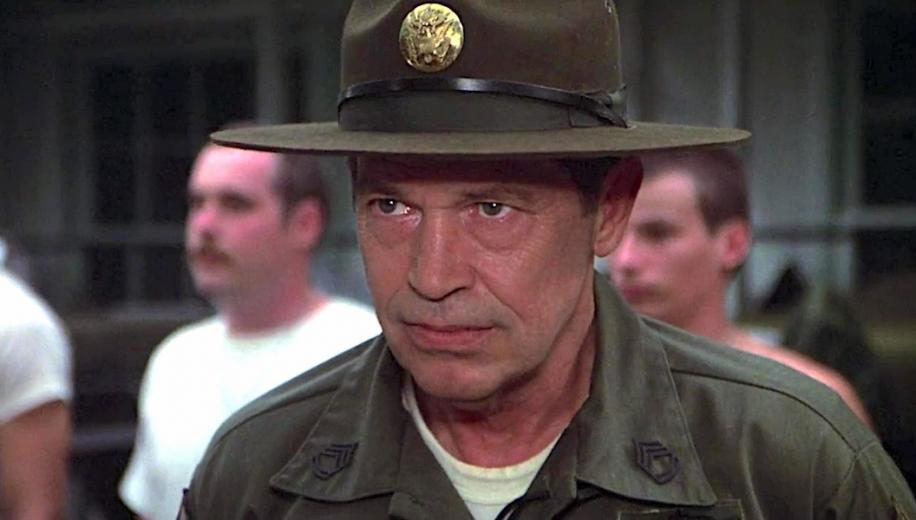 Oh, God, I wish I was a loofah

Bill Murray is a talented comedian. At his best with improvisation, he was one of a new breed of Saturday Night Live comics along with John Belushi and Dan Ackroyd. Murray was plucked from the S.N.L. line up by director Ivan Reitman for Meatballs (1979), a rather simple ‘summer camp’ movie that nevertheless brought Murray’s talents to the forefront and had a direct impact for his casting in Stripes. Harold Ramis, a comedy writer and director, had such a rapport with Murray on the set of Caddyshack (1980) that he joined him in front of the camera for Stripes as well as writing the film. So, the scene was set: a comedic lead, a comedic writer/co-star and a comedic director.

What could go wrong? In short nothing.

Released in 1981, Stripes is as funny today as it was back then. Its success is due in part to the talent brought in, even though, for many, this was a first film. Actors like John Candy, Sean Young, PJ Soles, John Larroquette and Judge Reinhold brought with them such an enthusiasm and inventiveness that Ivan Reitman allowed much of the film to be improvised on set. Indeed, there are huge swathes of dialogue, made up on the spot, and this provides a spontaneity to many of the gags, keeping them fresh even after many viewings. Add into this wild abandonment a steadfast anchor in Warren Oats as the drill sergeant against whom much of the mirth is directed, cinematographer, Bill Butler, who cut his teeth on the likes of The Godfather (1971), a score by celebrated composer Elmer Bernstein, and you have more than just a comedy; you have a classic.

The story is very simple; a washed-up guy loses his job, car, girlfriend and apartment in one day and elects to join the army, dragging along his best friend with him. Once there, high jinx commence. This culminates in a graduation ceremony that ensures not only the passing of basic training, but a highly secret mission. The last act, rather a departure from this initial setup, has our four main characters rescue their comrades from imprisonment in Czechoslovakia in a ‘borrowed’ secret assault vehicle. The film is one long excuse to poke fun at the army and early eighties America. It does not get bogged down in politics or putting forward a message, neither does it have a contemporaneous feel, so it doesn’t really age – aside, that is, from the many raunchy scenes and naked female flesh, something very common in films of this ilk, see Animal House (1978).

Far more material was shot than used in the theatrical release, and with the advent of DVD some of this exercised footage was put back to make an Extended version. Essentially six additional scenes running a variety of lengths which add a few more gags from Murray, explain away a few loose plot holes but with the two longest being the wildly inappropriate jungle scene and a daft amount of nudity from PJ Soles. To be viewed more as a curiosity that anything else, the Extended version is included on the UHD disc.

There is no doubt that Stripes has a winning formula and has stood the test of time, it is a genuinely funny film; it’s inclusion in the Columbia Classic Vol II set is just.

Stripes was shot on 35mm film using Panavision Panaflex cameras and has benefitted from a 2021 4K rescan and clean up of the original camera negative, producing a new 4K DI from which it appears this UHD is sourced.

The new scan has really brought out the detail in the image, from skin texture to clothing weaves (check out military insignia on uniforms), trees against the background on the mortar range, the New York skyline on the bridge, computer instrumentation in the EM-50, mud and grime in the basic training assault course; everything is keen with clean edges.

WCG and HDR add significant punch to the colours, the palette naturally tends toward earthy hues, but there is a richness to the greens and browns, check out army uniforms, grassland and vegetation. Reds and oranges are blistering, checkout explosions and gunfire. Flesh tones are natural as well. I love the fact you can now tell artificial light colouring outside as there are hints of warmth to an otherwise cold day!

Black level is deep and strong giving good frame depth, while maintaining shadow detail, while the white scale adds some brilliant highlights: sheen on the tanks, sunlight on water and see how sharp muzzle flashes are against the backgrounds in the final act.

Digitally there are no compression issues, the original source has cleaned up beautifully maintaining a sheen of grain to remind of the filmic nature of the piece.

The Extended edition uses the same basic master as the Theatrical cut, but the inserted material does have a slight dip in quality, but this is because it always did have, primarily it is slightly darker in tone with a modicum of more grain, but still perfectly serviceable.

The Dolby Atmos track is sensational, being well separated and making extensive use of the overhead channels for effects. The surrounds and overheads are used to provide plenty of ambience, such as being inside the cab at the beginning, or out on the assault course, or in the bar with all the music (very loud), patrons and chatter. All the while the dialogue sounds natural and is given any directionality it needs, including plenty of echo in the large hangers. Effects are wonderfully realised; the sweeping camera following the bus as the recruits first arrive at the training camp; how the sound of the troops and army vehicles move with the camera.

The overhead channels are given plenty to do, the mortar shot that takes out the rope tower and the heavy artillery shot in the climax both benefit with the shell quite literally flying overhead, and their respective explosions raining down debris. There are helicopters, shots, bar music, and echoes that all make use of the 3rd layer. Bass is limited, but deep when called upon; tank movements, gun shots and explosions all have significant depth, while Bernstein’s awesome score also makes full use of the speaker array. Amazingly good!

40 Years of Stripes With Bill & Ivan – New for this release is a two-part, on-camera, reunion between star Bill Murray and director Ivan Reitman, as well as a special guest appearance from cinematographer Bill Butler, discussing their careers, memories from set, and tributes to the cast. Titled: That’s the Fact, Jack! and Lighten Up, Francis.

1983 TV Version of the film – In standard definition

Deleted & Extended Scenes – From the Extended version of the film

Hardback Book – Housing all discs with writings, essays, and restoration notes on all films.

Stripes brought together the comic talents of Ivan Reitman, Bill Murray and Harold Ramis, who produced, mostly through improvisation, a film that was one long excuse to poke fun at the army and early eighties America, while never getting bogged down in politics or messages, and the spontaneity to many of the gags, keeps them fresh so it doesn’t really age – aside from the copious amounts of female flesh which was commonplace for the time. The winning formula of Stipes has stood the test of time, it is a genuinely funny film.

Stripes is currently only available as part of the Columbia Classics Collection Volume II.

The native 4K picture is awash with detail, strong colouring and deep blacks and maintains a good grain structure throughout. The Dolby Atmos surround track is awesome, making extensive use of the 3rd layer for effects while maintaining realism and dynamics. There are a whole host of extras, including new material especially for this release. Great stuff.