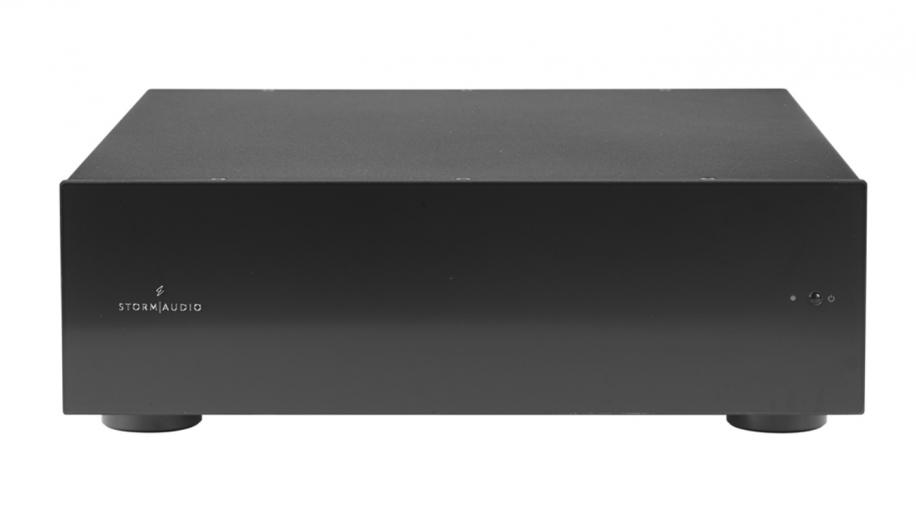 The Storm Audio PA 16 MK2 is a 16-channel Class D power amplifier that's primarily designed to partner the manufacturer's new ISP MK2 AV processor. However, it also makes a convenient single-box solution for anyone looking to partner an amp with 16-channel AV processors like the Lyngdorf MP-60 or Trinnov Altitude16.

Of course, you could just buy multiple power amplifiers to complement your immersive audio processor, but many people (myself included) don't want to install multiple amps. The PA 16 MK2 makes for an appealingly tidy solution, and while not cheap at £10,855, it still costs less than buying a bunch of high-end amps.

This is all well and good, but can the PA 16 MK 2 generate sufficient power to drive 16 channels simultaneously, and how does it sound? Let's find out...

The Storm Audio PA 16 MK2 isn't going to win any design awards, and is easily the most basic-looking power amplifier I've seen in a while. The Emotiva XPA-11 certainly has more design flair, and the NAD M28 looks positively bling in comparison!

I actually prefer this simple approach to amplifier design, because it's just a workhorse designed to power the system. It'll probably be in an equipment rack (there are ears included for that purpose) or a separate room and, if not, you don't want any distracting lights.

The design is all-business, with a solid-level of build quality and features aimed at custom installers

The PA 16 MK2 is a simple black box, with the Storm Audio logo on the left, and a small indicator LED and power button on the right. The front plate is fashioned from a slab of metal, and the overall construction is excellent. The amp measures 435 x 150 x 490mm (WxHxD) and weighs in at 21kg.

The rear is standard for a high-end power amplifier, with 16 balanced XLR inputs (but no RCA inputs) and 16 three-way binding posts for connecting the speakers. There are 12V in/out triggers, along with an Ethernet port for remote monitoring via the ISP MK2 AV processor. There's also a USB port for any service needs.

At the rear you'll also find a three-pin power connector and main on/off switch, along with a pair of cooling fans. Even Class D generates heat, and the PA 16 MK2 has electronically controlled ventilation that uses thermal sensors, these fans, and air intake vents on either side and under the front plate.

As a result, when installing, you should make sure air can flow freely at the sides and bottom of the amp. The PA 16 MK2 will probably be in an equipment room, but if not the fans only kick in when necessary and are very quiet (well below 30dB). I certainly couldn't hear them over the sound of my JVC DLA-N7.

Despite being commonly referred to as a 'digital' amp, a Class D amplifier is not a digital device – even though the way it makes a signal by rapidly switching transistors on and off does resemble digital processing that uses ones and zeroes. Some of them might also have digital control circuits, but the amplifier circuits will be strictly analogue.

Audiophiles might question the fidelity of Class D, but it's ideal for handling today's immersive audio systems

However, after amplification a low-pass filter smooths the output signal, so the amplifier outputs continuous analogue power rather than pulses of power. The filter also removes the interference generated by those high-frequency DC pulses.

As a result of this, many audiophiles won't use Class D amplifiers because they believe the filter affects the fidelity of the audio. But Class D does have certain advantages over alternatives types of amplification, particularly when it comes to efficiency, making it ideal for powering today's immersive audio AV systems.

The Storm Audio PA 16 MK2 is relatively simple to install, but there a few things worth mentioning. As with all amplifiers it's important to ensure adequate ventilation, and there's the choice of installing the PA 16 MK2 in a stand or equipment rack. You need to use XLR balanced cables to connect the amp, so if your processor doesn't support XLR you'll need RCA adapters.

The PA 16 MK2 uses four master stereo modules and four slave stereo modules to generate the 16 channels. Since the power supplies are located in the master modules, when connecting up the amplifier use the 1, 2, 5, 6, 9, 10, 13 and 14 inputs and outputs for the speakers requiring the most power (such as the front left, right and centre channels).

The 12V trigger can be used for turning the amp on and off, but if you're using the PA 16 MK2 with Storm Audio's ISP MK2 AV processor there are other features. The ISP MK2's user interface allows remote monitoring of serial number, IP address, amplifier model, temperature, fan speed, power status and control, mute status and protection/malfunction.

This excellent single-box solution can drive a full 9.1.6-channel system while keeping things neat and tidy

The front LED also acts as an indicator of the amp's status, along with any protection feedback. If the LED is fixed red the unit is in sleep mode, flashing red when initialising, and solid green when on. If the amp's firmware is being upgraded the light flashes green. The LED can also indicate if the unit's overheating, if there's overcurrent, overvoltage or fan failure.

The PA 16 MK2 was tested in conjunction with my reference Trinnov Altitude16 16-channel AV processor in a 9.1.6 speaker configuration, so I was actually using 15 channels of amplification (with the active subwoofer handling the 16th channel). The system is primarily composed of MK Sound S150 monitors, which have an impedance rating of 4Ω.

The Storm Audio PA 16 MK2 delivered the goods right out of the gate, with a powerful and controlled delivery that worked perfectly in conjunction with the Trinnov processor. The latter orchestrated the action, while the PA 16 MK2 provided all the necessary power, ensuring every channel was driven with precision, even when all of them were being used.

My favourite disc for testing the ability of a system to produce a convincing immersive audio experience is Midway, which boasts a visceral and incredibly frenetic Dolby Atmos mix. During the opening attack on Pearl Harbour and throughout the titular battle, all the channels are often engaged to brutal effect, with Japanese Zeroes weaving across the soundstage and flak peppering the air all around you.

It's a fantastic test of an amplifier's ability to drive multiple channels simultaneously, and the PA 16 MK2 did a fantastic job of handling the 15 channels of information from the Trinnov, while two MK Sound V12 subwoofers handled all the low frequency action. The results were often breathtaking, and the precision and transparency of the amplification ensured the sound mixer's intentions are delivered with clarity.

A Quiet Place is a film that uses dynamic range to impressive effect, and the PA 16 MK2 handled the sudden changes in volume with skill, going from almost silent to very loud in an instant. The amp proved very nimble and responsive, handling the soundtrack's transients with precision, and giving the scenes where the monsters attack a terrifying veracity.

As the name suggests, large parts of the film take place in virtual silence, and the noise floor of the amplifier ensures that all the subtle and nuanced sound effects are clearly rendered. Whether it's buzzing insects or leaves rustling in the wind, they can all be distinctly picked out, and the delivery is wonderfully transparent and nicely defined.

The amp delivers dynamic power to each channel simultaneously, while remaining responsive and transparent

It's impressive that the PA 16 MK2 can deliver this level of dynamic power when driving up to 16 channels simultaneously (actually 15 in our test), and another soundtrack that puts any amplifier to the test is Ready Player One. Lesser amps will throw in the towel when faced with a mix this frenetic, but the Storm Audio handles Steven Spielberg's virtual reality 80s nostalgia-fest with gusto.

During the first challenge, the amp’s ability to simultaneously energise up to 15 channels is genuinely remarkable, and despite the complex nature of the sound design, each channel is perfectly represented. As a result, the Delorean moves effortlessly around the room and the wrecking ball smashes across the soundstage, as King Kong roars into frame and beats his chest.

The Storm Audio PA 16 MK2 is a fantastic Class D power amplifier that impressively achieves what it sets out to do – drive all the channels in an immersive audio system with precision, efficiency, transparency and plenty of grunt.

The PA 16 MK2 keeps things simple, with a business-like approach to its design that makes perfect sense. This is a multi-channel workhorse that's designed to sit in your system and get on with the job without drawing attention to itself.

This simplicity is complemented by solid engineering and construction, and although there are fans at the rear, I never found them distracting. There are 16 balanced XLR inputs, but if your processor uses RCA connectors you'll need adapters.

The Storm Audio might look dull, but the same can't be said of its performance. It drove my 9.1.6-channel system and 4Ω  speakers without breaking a sweat, even during the most dynamic and frenetic of movie soundtracks.

Class D might not be for everyone – audiophiles may find the sound too clinical and lacking warmth – but it's ideal for an immersive audio system. This amp is incredibly responsive, with superb dynamic range and all the power you'll need from a tidy single-box solution.

It's certainly not cheap, but I don't know of any other AV amps that can effortlessly power 16-channels from a single unit. As a result, the Storm Audio PA 16 MK2 earns a Best in Class badge – partly on merit and partly because this amplifier exists in a class of its own.