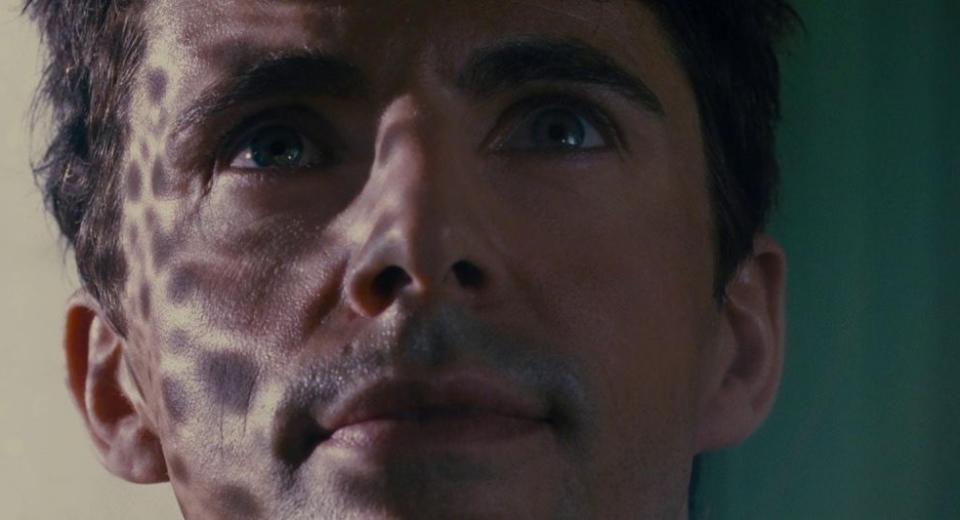 Stoker’s Region Free UK Blu-ray presents the movie in its original theatrical aspect ratio of 2.4:1 with a stunning 1080p/AVC-encoded High Definition video rendition which makes the most of the sumptuous shot-on-film cinematography. The visuals (and audio touches, as will be discussed later) are a huge part of this stylish feast, and this presentation certainly does justice to them, rendering a wonderfully rich and layered image that is almost completely devoid of digital manipulation, edge enhancement, and excessive DNR application. Detail is impressive throughout, allowing for beautiful close-up shots of the faces of the key characters, picking up on every line and pore, and strand of hair, whilst also allowing for keen observation of clothing weaves and background textures. Contrast is spot-on, intended stylisation notwithstanding, and black levels are deep and strong, allowing for fantastic shadow detail and depth. Stoker is, in itself, a visually impressive animal, and this video presentation certainly shows it in all its glory, leaving it a demo quality title that is a hair’s breadth away from deserving of that elusive perfect-10 score.

If Stoker was designed with a very specific visual style, then the aural soundscape has been even more meticulously crafted, and it is lovingly rendered here on Blu-ray, in what has to be one of the most intricately-nuanced tracks that I have come across thus far this year. With the lead character’s ability to hear things differently from others, ambient atmospherics – all of a sudden – take centre-stage; offering up a kind-of ‘enhanced’ audio perspective that sees insect life patter across the stage, teeming undergrowth, heartbeats and metronomes penetrating your skull. The atmosphere, whilst made entirely of natural sounds, sounds utterly unnatural – as intended – creating an eerie, creepy stage upon which the feature can play out. Dialogue comes across clearly and coherently throughout and the understated score gets decent coverage too, but it’s in the heady atmosphere that this track really excels, making for an unusual demo disc to say the least. Certainly Stoker’s peculiar, particular sound design has translated well to disc, leaving us one of the most impressive atypical reference titles released this year.

Although not packed to the brim with extra features, Stoker does boast a nice selection of interesting offerings, which certainly go for quality over quantity.

Stoker: A Filmmaker’s Journey offers up an excellent half-hour making-of documentary which eschews the traditional EPK fluff in favour of information-packed background into the production, from script to shooting; set design to costume design, with locations, casting and stylisation brought into the piece. Interview segments are provided by all the important players involved in the production.

Theatrical Behind-the-Scenes offers up a selection of 5 further Featurettes, many of which contain material and interviews that cross over with the Documentary. Split into: the Making of the Limited Edition Poster; Mysterious Characters; Directors’ Vision; Designing the Look; and Creating the Music, each Featurette is only about 3 minutes in length.

Three short deleted/extended scenes which total 10 minutes of footage – although the actual amount of new material is considerably less. There’s nothing here that desperately warranted being added back in, but the extended first meeting between India and Charlie, the shock first confrontation between Charlie and Ginny and the considerably more gratuitously bloody final death scene all make for interesting snippets to watch once.

London Theatre Design offers a further 2 minutes of stills revealing how they kitted-out a Theatre in the same gothic-twinged style as the movie.

Here we get 15 minutes of Red Carpet Footage from the Premiere, complete with interview soundbites; a song performance, and a selection of Trailers, both from this and other supposedly related movies.

Park "Oldboy" Chan-Wook's first English-language outing is a curious dish. Fans of his Korean Vengeance Trilogy may well be somewhat disappointed by this debut feature, but there is plenty to enjoy about this intoxicating little mystery thriller which blends coming-of-age sentiments with gothic sensibilities, and wraps them all up in a psychological horror which feels like it has been crafted from a vampire-bitten Hitchcock who has been watching too much David Lynch. Intense and claustrophobic, stylish and seductive, for those who are prepared to take a leap of faith into distinctive, uncharted territories, the unquestionably different voyage may well be worth it.

On Region Free UK Blu-ray we get stunning video and audio presentations - to match up to the movie's very particular visual style and sound design - as well as a decent selection of quality extras, making this a must-have purchase for fans of the feature, and a worthy purchase for those who like the sound of it. Certainly worth a rental, to see whether or not you get seduced.