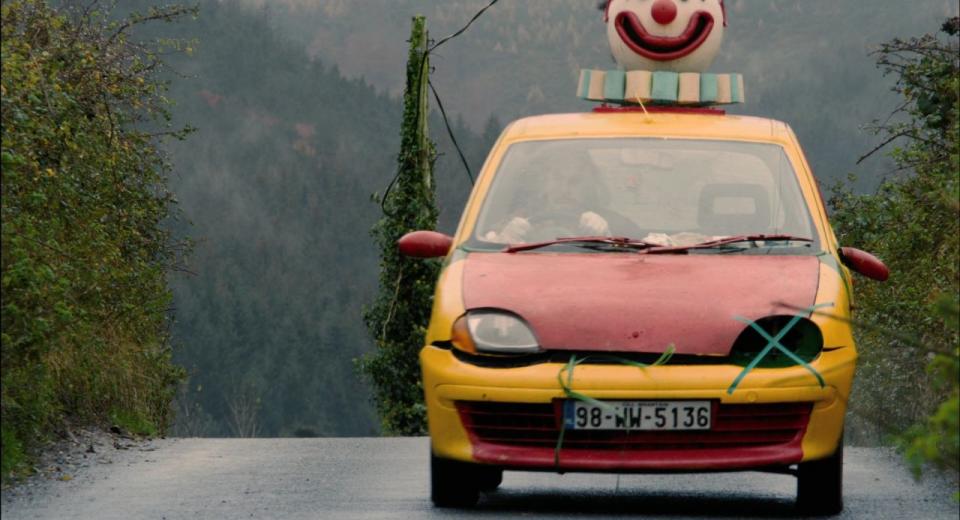 Shot digitally and presented in 1.85:1 24 FPS AVC-Mpeg, this looks very good indeed. Lighting is suitably eerie, locations look very real and well dressed and the camerawork is all to a high standard, if not always that creative at times. Colouring is fairly muted, with skin tones on the warm side. Contrast and exposure are both excellent throughout, much as we are coming to expect from digitally sourced movies these days. Depth of field is a little too broad to look completely cinematic, feeling more like a quality TV drama.

Niggles? Some of the camera work is a little too safe and devoid of movement or arty effects like pull focus or moving wipe transitions. This is usually the case when lots of CGI is planned and moving cameras make this much harder and more expensive to complete, but in this case there is very little CGI and it can feel a bit boring and devoid of tension at times. Talking of CGI, this is quite poor at times, looking extremely cheap and ineffective. A good job really the prosthetics and real effects make up for it. Taking into account the fairly limited budget and short filming schedule, this is a well-made film with plenty of care shown in virtually all disciplines. There are two soundtracks available on the disc, the 5.1 DTS-HD MA and a Dolby Digital 2.0 stream. Normally one would listen to the surround mix unless the equipment dictated otherwise, but here, the 2.0 actually sounds better! Interestingly, the movie defaults to the 2.0 on initial load as well. Many early discs did this to avoid compatibility issues, but it is unusual these days. The surround channels are all but none existent for most of the movie and the LFE is poorly controlled, with a lack of real extension at times and very poor integration into the other channels. The dynamic range is not fully utilised and at times the music sounds horribly compressed and very flat.

The music score itself is varied and interesting, fitting the on screen action very well. A mixture of contemporary indie rock, older party tracks and a more traditional horror score complete with stabbing crescendos come together to form a pleasing backdrop to the movie, interspersed with blood curdling cries and the frequent splattering of bloodied body parts flying across the screen. It is just a shame the actual technical execution was not as high as it could have been. Upon load up, we get a couple of trailers for some other horror films. These cannot be bypassed to get to the film by just pressing the menu button, so some tedious skipping is required. The resume feature does work well however, so this makes things a little quicker the second time around. The extras have been made with the same care as the main movie on the whole. The making of is well structured and interesting, with interviews with many of the cast as well as the director. The bloopers reel is mostly a repeat of shots used during the end credits, but is still funny all the same. The only weak point is a video of a Q&A session held after the film premiere. These never seem to work on disc and at thirty five minutes long, it just feels over indulgent. The only other extras we get are some production photos and the UK cinematic trailer. When comedy hits horror head on, it can be a train wreck, but here we have a fun plot, good acting and plenty of gore splattering across the screen. Noble puts in a very credible performance as the un-dead clown, his circus skills and comic timing coming to the fore. Pretty much the entire supporting cast has only recently passed adolescence, yet their performances are mature and rounded. Director Connor McMahon has done a good job to pull this all together into a thoroughly entertaining comedy horror that stands up well against its peers. Technically, the film looks very good. The digital workflow has kept everything nice and crisp and the practical effects and prosthetics excellent. CGI and sound are the two main issues, with cheap looking digital effects and a mix that works better in 2.0 than 5.1. For lovers of light comedy horror, this movie should be well received. It is extremely bloody, with various body parts ripped, shredded and exploded for your delectation, all carried out with plenty of clowning around!