Amanda Knox does NOT approve. 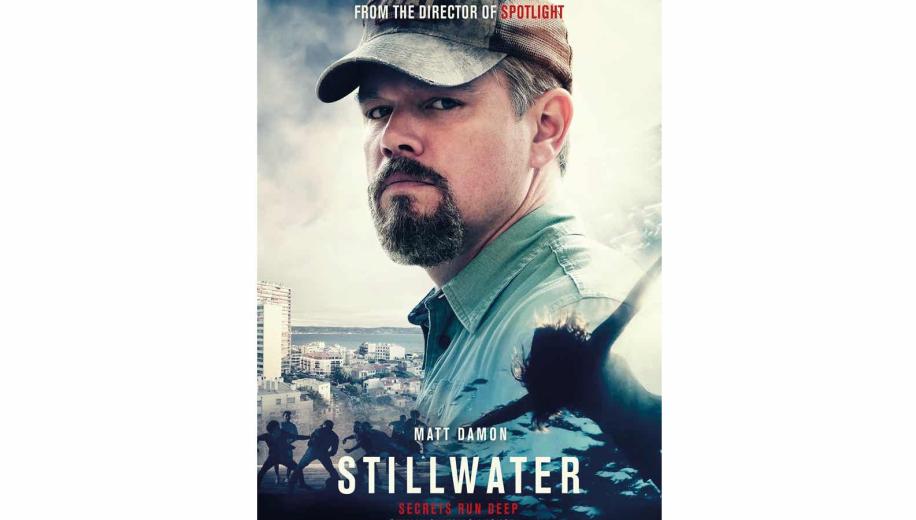 Matt Damon turns in an impressive performance in this atypical drama about justice and redemption but - most effectively - about living a flawed life.

Whatever you might expect from Stillwater, particularly with its typically spoiler-filled trailer, the drama does well to defy those assumptions, turning in a somewhat epic 140 minute narrative that is almost free-form in style, playing out as an, at-times, authentic and touching love story, tense crime story and tragic family drama. It is notably successful in two of these arenas, and boasts one of the better performances Matt Damon has delivered in his career, still not quite Good Will Hunting great, but maintaining - if not topping - a solid trend of strong mid-career work exhibited across the likes of The Martian, Ford vs. Ferrari and The Last Duel.

Visiting his daughter in a Marseille prison - five years into her sentence for murder - Oklahoma oil worker Bill Baker discovers a clue that might lead to evidence to prove her innocence, but nobody will believe him. Even his own daughter doesn't have any faith that he will be able to help, leaving him forced to make some tough choices and be extremely patient in order to try and get closer to his estranged kid and maybe even closer to the truth.

Stillwater landed at UK cinemas during the summer, at a time when probably few people paid it much notice. The name gives little away, the trailer gives too much away, and the comparisons to the Amanda Knox case likely did it no favours - even in terms of free publicity. Landing on Blu-ray shortly, it's already available to buy digitally (and soon to rent) in 4K HDR, with an impressive video presentation that does the unusual Marseille setting justice. It would be hard to see how much better the 1080p Blu-ray will be, although it's understandable that the feature will likely never get a physical 4K release anywhere in the world.

The comparisons to Knox are obvious, and there are plenty of rumours - and strong arguments - to support the notion that the narrative was very strongly informed by the Knox case (although Knox herself has given it a good kicking, unimpressed by this fictional 'interpretation'). Really, Stillwater can be enjoyed largely on its own terms, as an atypical and - but for in one mid-movie misstep - almost entirely unpredictable journey which is more than happy to take its sweet time establishing characters and authenticity in favour of just rushing to the next twist and shock event.

... Stillwater can be enjoyed largely on its own terms, as an atypical and - but for in one mid-movie misstep - almost entirely unpredictable journey

Both its blessing and curse is that it is prepared to just follow these characters, in an almost free-form fashion, with Spotlight director (and sometime actor) Tom McCarthy content to allow his narrative to drift loosely into unpredictable places, and thus create something really quite believable in terms of character and relationship development. Central to this is Damon, who gets so lost in his thickly accented role (and thick-set, for that matter), that you often forget it is him (something which even his strong work in The Martian or Ford vs. Ferrari did not elicit), and a supporting cast of unknowns, including Killing Eve actress Camille Cottin (also in the recent House of Gucci). Little Miss Sunshine's Abigail Breslin also puts in commendable work in a thankless role which doesn't really afford her much time to shine, as the incarcerated daughter.

Really, Stillwater's contentedness at just following these characters as they evolve naturally over time could have led to something truly special, but the film can't quite evade contrivance and predictability forever, hitting a bad beat mid-movie which threatens to pull you out, before the director yanks on the reins and keeps the film just about on track. In another world - perhaps one less influenced by a real life case - this could have just kept the journey going, meandering around Marseille and painting real pictures of real people going about real life. Damon's painfully slow adoption of French, or even his daily pain au chocolat routine, were infinitely more interesting - and more heartwarming - than any shoe-horned-in murder mystery nonsense the movie seemed intent on returning to, leaving Stillwater a flawed but still commendably atypical feature.

Stillwater is available to buy on Digital in 4K HDR now, and available to rent and on Blu-ray from 6th December 2021.