That's supposed to be The Hand of WHAT? 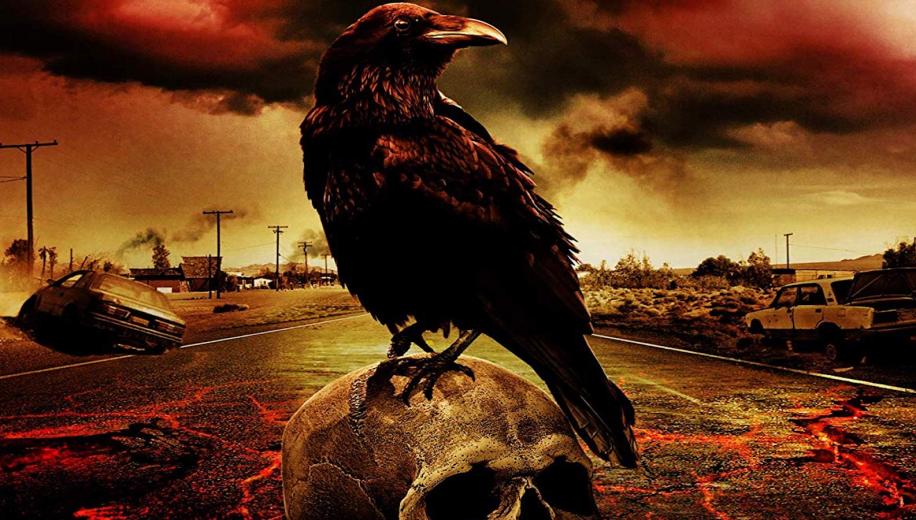 25 years on and, even remastered from the original film elements with new effects, can the cult classic Stephen King miniseries stand the test of time?

The year of Stephen King continues - with just these last few weeks giving us It Chapter Two, Netflix's In the Tall Grass and the 4K release of Stand By Me - and now, to celebrate its 25 Anniversary, we get his cult classic miniseries, The Stand. Commissioned off the back of his success with adapting It into what was essentially a TV miniseries - with King himself championing the format for what was his longest book (800-odd pages), and doing the screenplay himself - 1994's The Stand wielded a then-unprecedented $28 million budget and an all-star ensemble cast including the likes of Gary Sinise, Rob Lowe, Molly Ringwald and Miguel Ferrer, with cameos for King-pros Kathy Bates and Ed Harris, as well as for a bunch of horror maestros including Sam Raimi, John Landis and, of course, King himself.

Their roles were not initially set that way, with Lowe in-line to take the role of the cool, guitar-strumming rock star, which would go to Adam Storke when it was decided that Lowe - himself partly deaf - would be best cast against-type as the deaf-mute 'innocent' hero Nick, whilst Miguel Ferrer was vying for the lead villain role, which would go to Homeland VP Jamey Sheridan, who went full Rod Stewart in the role. And Sinise? Nobody had heard of the guy, and nobody wanted to cast him in the lead, but he ended up holding together this almost unwieldy landscape of disparate characters as it seemingly meandered along to one of the worst endings in the history of TV.

The story follows the escape of a virus - Episode 1's The Plague - and the desperate, and ultimately futile, attempt to contain it (something then quite daring in terms of narratives), before Episode 2's The Dreams deals with the apocalypse, the fallout, and the ragtag group of survivors, who are all plagued by typically Stephen King-esque visions (drawn to a devil-like beast, or a harmless old Grandma who has a direct line to God). Episode 3's The Betrayal sees the survivors divided into essentially good and bad camps, with spies and insurrection in both, whilst Episode 4's The Stand does what it says on the tin and spends a lot of time talking about taking a 'stand'.

The Stand was must-see event TV before there was such a thing as event TV, and before season-long narratives for TV shows became increasingly popular (24). At the time, it was unlike anything seen before, taking a long and elegiac look at an entire apocalypse; gifted 6 hours to introduce dozens of characters who, come the conclusion - where a fair few of them drop by the wayside - you actually care about. It really is typically King, with a heavy Western vibe, and abundant religious overtones, but what really dates it is the score, which stands out in a way that can't be rectified by a new coat of paint (unlike most of the effects). It's literal Country & Western twangs (for those unimpressed by Sturgill Simpson's Sound & Fury) let the side down, although even that's not as much of a death-knell as the conclusion, which takes 5.5 hours of well-pitched, generally effective build-up and throws it all out of the window through a series of nonsensical moments - a hill that somebody stupidly falls off; the sacrifice of a whole bunch of people who didn't need to be sacrificed, and that big giant floating blob thingy which surely must go down in the history of film as one of the worst decisions ever made. The Stand is good, and - at its best - maybe even very good, but it all comes crashing down at the end. Maybe that's the real curse of some of King's works, the journey is so, so much better.

Paramount celebrates The Stand in style with this UK Blu-ray afforded a newly restored and remastered 1080p/AVC-encoded High Definition video presentation framed in the movie's original TV aspect ratio of 1.33:1.

For decades The Stand was only available in SD, due partly to its TV transmission. However, it was shot on film, and so to celebrate the anniversary, the original film elements were restored and remastered for this release, integrating what clearly looks like a few less than adequate SD images into the 6 hour runtime, but also updating the effects quite pleasantly (most noticeable in the establishing shots of the apocalypse, and unfortunately not doing much good come the terrible ending).

There's softness, and that SD look is evident, but by and large these are very intermittent - maybe even fleeting - moments, particularly when cast across that epic 6 hour whole. Indeed, taken as a package, this is a great remaster job, looking leaps and bounds better than previous incarnations, clearly better than ever before (particularly since it aired in SD), with some nice detail pulled from the film source, and a terrific wow factor when it comes to the palette, that's given a superb upgrade in terms of vibrance. Tones are rich and lush, greens in particular, whilst flames pop with fiery intensity, and black levels appear reasonably strong. Overall, it's a tremendous job, particularly taken in the context of how far we've come.

Unfortunately, presumably in a bid to deliver a single-disc package (which, in itself, is appreciated, as it means you can essentially watch the entire miniseries as one big 6 hour film, should you so desire), it looks like they just didn't have the room to provide a lossless audio track, which clearly will come as something of a substantial disappointment, particularly for a 25th Anniversary package.

The lossy Dolby Digital 2.0 track isn't horrendous, but it is fairly limited in design, maybe even appearing a little tinny at times - although that could well be more thanks to the fact that the score is just so damn dated. Dialogue gets decent prioritisation, and effects were never going to sound particularly substantial given the vintage and budget, whilst the score - almost annoyingly - dominates. It'll do, and perhaps that's the cost of the remastered video, in which case it's maybe a hit worth taking.

There are only a couple of extras but they are pretty substantial, with multiple contributors turning up as part of a full-length Audio Commentary. Yes, that's 6 hours of Commentary, with King on board for the duration, whilst a few of his cast and crew members pop in and out across the 'episodes'. There's also a short Making Of Featurette.

Maybe that's the real curse of some of King's works, the journey is so, so much better.

Stephen King's The Stand celebrates its 25th Anniversary in style - or at least in better shape than any fan could have possibly hoped for, with newly remastered HD video pulled from the original film and even a few polished effects thrown in to make it feel that little bit less dated. Even without a lossless audio track, fans should likely consider this a must-have purchase.