SteelSeries' latest pointer is put through its paces by Manny Brown 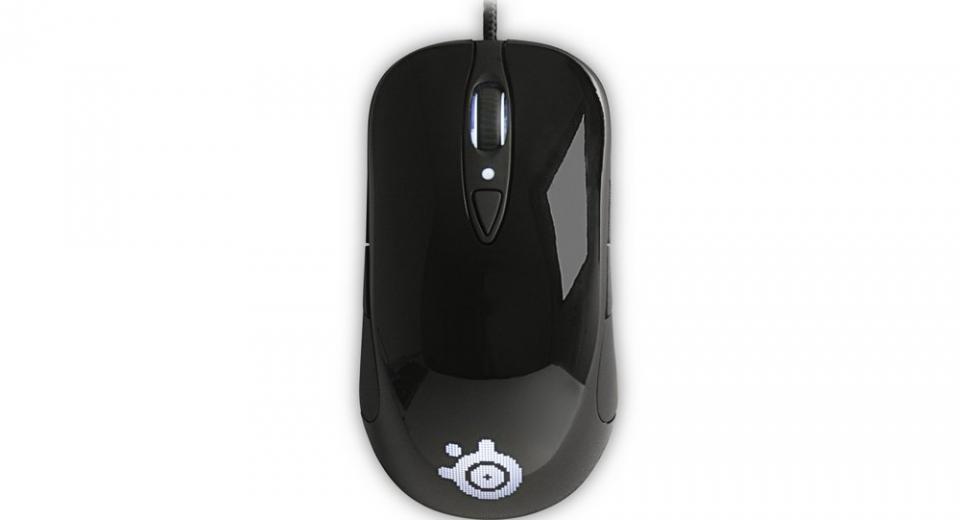 Whilst there are a million hardware manufacturers catering to the PC gaming crowd’s vociferous appetite for hardcore kit and novelties, few companies have managed to garner a reputation for absolute quality like SteelSeries. From mouse mats to keyboards, headsets, pointing devices and peripherals, bagging a PC component with their familiar logo on the box is as much of a guarantee of function and good design as you can get within our hobby, and it’s no small wonder that the SteelSeries Sensei RAW continues that tradition, offering up a hugely impressive device in a neat and compact package.

As a very similar experience to that of its elder sibling (the much-loved Sensei), the RAW has a lot to live up to. SteelSeries has seen fit to cull the parts that didn't matter outside of the ultra-enthusiast crowd (the on-board processor, LCD screen and variable-colour lighting scheme), leaving us with a svelte, streamlined device with packaging to match. Whilst that might seem like a large step down in functionality from from the much-loved Sensei, it's important to keep in mind that the RAW is intended to compliment the range rather than replace its elder sibling. If an on-board screen and coloured lighting are essential for you, the original is still available for roughly £15 more.

The packaging for the RAW is attractive enough, with a black, grey and orange motif emblazoned on its small and lightweight box along with the usual marketing speak and spec list. SteelSeries emphasises their pro gaming heritage heavily on the back of the box, so you know what to expect.There’s little wasted space overall, and the front cover opens to neatly display the contents, whilst the mouse and inlay slide neatly out from an opening in the top. There's little in the way of plastic, and it’s all a far cry from those little grey cardboard boxes of yesteryear. Opening it up, you’ll find only the mouse, manual, quickstart guide and a small sticker contained within. There are no weights, alternative shells, changeable finger rests or other gimmicks to contend with, so it’s the polar opposite of the likes of the Mad Catz R.A.T in that regard. What you see is very much what you get. Working our way around the mouse you can see that the RAW sports an ambidextrous design with the usual mouse wheel and sensitivity buttons complemented by two sets of back/forward buttons on either side of the body (more on those later), along with a subtle insignia near the palm rest that oozes a pulsing white light when plugged in. The cord is double-braided and incredibly tough-looking, so I doubt that running a chair over it will have much effect. In the hand, the Sensei RAW just feels “right”, in the same concise manner as a Logitech G500 or similarly iconic design. The ambidextrous ergonomics should fit all manner of hand sizes, and the buttons are light to the touch but not lacking in feedback. Unlike other units, the position of the side buttons matched up comfortably with the resting position of my thumb, so there was little in the way of awkward fumbling during the heat of a firefight. The glossy surface of this test unit might not be for everybody, but for those that prefer a little friction there’s always the soft-touch rubberised version to consider instead.

As a "scientific" approach here I also asked a member of the household with smaller hands to give the Sensei RAW a tryout for a little while, and the overwhelming response was that it was "a heck of a lot more comfortable than most of the other mice" I've had over the years. So take that as an endorsement with a pinch of salt.

In basic use then, the Sensei RAW is an extremely lightweight device to operate, but never unsatisfyingly so. The contours feel comfortable in extended sessions, and even though it’s a mouse that glides effortlessly across whichever surface you confront it with, it feels sturdy enough to withhold the sorts of pressures that any modern gamer will bestow on their favourite rodent. The buttons are responsive and feel great, and I was unable to make it skip an input when testing with a lengthy hammering of all the inputs.

As for the gaming essentials, accuracy and tracking don’t seem to be an issue at either of the selectable sensitivity ranges, and we were hard pushed to make the sensor struggle on pretty much any realistic mousing surface we could find. The selectable sensitivity does just the job that you need in the heat of battle or switching back to Windows, and although it's a little difficult to locate initially, you'll soon get used to the positioning. Jumping into the fray, our initial sessions on Crysis and Starcraft II revealed that - as expected - the Sensei RAW is an extremely capable performer. Movement is smooth and unerringly accurate, and the light weight, high CPI and extremely low-friction materials combine to produce a fantastic degree of sensitivity, but crucially one that never feels jarring or erratic. This would suggest that the sensor inside the RAW is doing as capable a job as that of its elder sibling, and in terms of pure mousing functionality, we’d be hard-pushed to tell the difference between this and far more expensive products.

It's evident then that SteelSeries hasn't skimped on the quality of the experience by removing the components that they did. Absolute top-end players might be able to notice the difference between this and the on-board processing of the Sensei, but for 99% of the users, the RAW will just be a brilliantly responsive bit of kit. And sure, hardware selectable profiles are certainly useful once you've gotten used to their existence, but to be honest that's a luxury that I can absolutely do without. Most games alt-tab just fine these days, and it's a quick click in the SteelSeries Engine to do the rest. The bottom line is that the Sensei RAW is an extremely comfortable, lightweight and accurate mouse, and it’s a sensible choice for anybody that wants to invest in a device that’ll genuinely make their reactions a little quicker and smooth out motion in action games. It doesn’t come with a million buttons or accessories to tailor for every situation in every genre, but the SteelSeries Engine does a great job in maximising the use of the high quality components that are there. MMO specialists might favour a more complex setup, but during my regular Guild Wars 2 sessions, the four side buttons and macro functionality proved more than capable.
For the RRP, there really isn’t a whole lot to knock it for. The SteelSeries software continues to be a treat to use, and whether you plump for the glossy or rubberised finish, you’ll likely discover a device that has the potential to become a permanent part of your gaming setup for many years to come. It might not have the bells and whistles that the ultra-enthusiast crowd will appreciate, but for the majority of gamers, the RAW is a quality product pitched to just the right level of complexity and value.