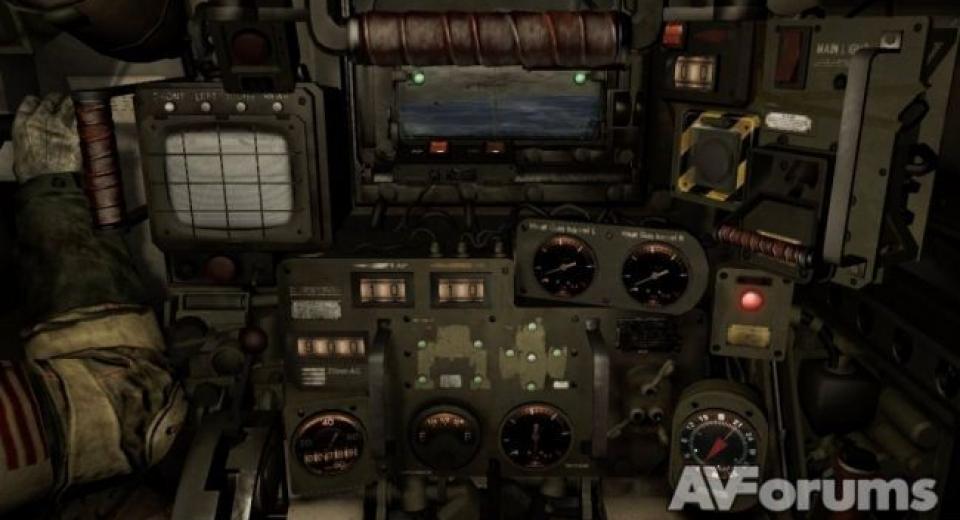 If any lexicographers ever get around to compiling a Dictionary of Videogaming, a picture of the original Steel Battalion joystick and pedals assembly should be cross referenced with the terms “hardcore”, “indulgent” and “peripheral”. Steel Battalion was an Xbox warfare mech game that screamed of a vanity project for the elite. Capcom made it solely playable with the kind of absurdly multi-buttoned controller cherished by PC flight-sim aficionados; an array of joysticks, pedals and flashing lights. Even at a hefty £130 it proved popular, and the game itself required dedication beyond mere financial outlay, such was its unflinching difficulty curve.

Development duties are now with From Software, who have good experience with the mech genre having been behind the Armored Core franchise. Their name riding high on the global recognition of Demon's Souls and its sequel, this is as good a time as any to see if the formula can be repeated.

The big difference this time around is the lack of the gigantic controller. However, the ideal of immersion is still alive and well, thanks to the utilisation of Kinect. What better way to replicate a swathe of toggles and switches than to map them to an infinite virtual space? Well that's the theory. Heavy Armor actually uses a combination of Kinect and control pad. The initial calibration is a veritable breeze, asking you simply to sit with arms outstretched, then stand; easy enough. The first few uses of Kinect show just how From intend to make this game more cinematic than the previous titles, there feels to be some cross pollination from the glut of war-based FPS games here, with lots of swearing, buddy hoo-rah types and lazy characterisation. Your first act is to catch an apple thrown to you, but these little moments are littered throughout. In the early hours of gameplay you'll grab a soldier trying to escape and take a chocolate bar offered to you. Simple, but hinting at the subtle ways Kinect can be used to punctuate the larger moments and gently immerse you.

In terms of visuals and audio it's a war game in every sense. The plot is centred around a future without silicon chips but with an evil UN, meaning what we essentially get is the art design of an alt-world WWII with primitive mechs. Grey missions and the occasional sunshine, a bit of smoke and the usual shells whizzing by fill out the picture. It's sharp, nearby textures such as those found in the cockpit are good, and the draw distance doesn't make any enemies magically appear, but don't scrutinise too much, there are some horribly basic textures wrapping buildings in the distance.

As with all Kinect titles, tracking accuracy is key. Unfortunately Heavy Armor is a mixed bag. Some time tinkering with distance and lighting will help you immensely, as does repetitive practice. It takes a while to get your head around the idea that the majority of your motions are replicating actions that aren't intended to be that swift. Your on-screen hand – visible as everything is viewed from a first-person perspective – is not the quickest, and a steady consistent arm movement is required.

The game can recognise when you're sitting down or standing up, the latter has you poking your head out of the cockpit. Pull your hand up to your head and you'll find yourself peering through a pair of binoculars, with their 360 degree direction controlled by the right thumbstick. The VT's core controls are handled with the pad – dual thumbsticks and triggers. Kinect is there for the additional things - you can whip a periscope down for closer inspection of ranged targets, pull out panels filled with switches, turn on headlights, vent the smoke from your VT if you've been hit, close the front latch, switch views of the surrounding area and most importantly choose ammo types.

And that's where we hit the problems. The business end of the mech is at the front of the cockpit, to move to the window or draw back you stretch your arms out or pull them back. No-one is going to play the game with their arms outstretched, so you find a quick forward/backward thrusting motion or flick that Kinect picks up, and continue with the pad in your lap.

But without perfect accuracy Kinect is twitchy, you don't want to be deep in a fire-fight, teetering on destruction and find a mere flinch has taken you from lining up the critical shot to looking dumbly at your console. The myriad options in your packed VT means the chances of finding yourself accidentally hitting the wrong switch in the heat of battle is increased tenfold. It's like playing with a little brother nudging your elbow, but you can't cuff Kinect around the ear.

Simple motions such as left and right hand are generally sound, but nuanced gestures such as forwards or backwards with any kind of gentle arc can be wildly unpredictable. There'll be occasions when the Kinect picks up the wrong hand as having made a swiping motion, meaning you'll suddenly be looking in a different direction, at one of your squad mates as an enemy shells you into oblivion. The argument exists, as with all Kinect games, that those who experience difficulties just haven't spent the time to learn the correct gestures or fine-tune their playing environment with the right ambient lighting and cleared surfaces. For once this has a degree of latitude, as Heavy Armor is not a party game, intended for pick-up-and-play fun but instead is marketed squarely at the hardcore who've thus far been let down by Microsoft's poorly utilised peripheral.

However, for From to give gamers the experience that they so clearly aimed for – a hardcore Kinect title – they needed to nail down the fundamentals, and where possible untwine any areas of the cockpit's controls where a hand grabbing for something that may save your life might accidentally hit something absurd. The first time you die because you've turned on your headlights rather than venting your VT may well be a make-or-break moment. The difficulty curve of Steel battalion was always high, but From have made a name for themselves by crafting titles – like Demon's Souls – that feel punishing but fair, the latter being the most important quality.

You might assume that the controls are the main issue with the game, but that isn't the case. They are like a bullet sponge, taking all the flak but actually diverting attention from the underlying construction. The missions are pretty boring, some are absurdly short sequences, little more than interactive cut-scenes.

Your mech lumbers like a lethargically drunken Geoff Capes, your turning circle is wide and takes an age to complete, meaning progression boils down to knowing where your enemies will be in the missions. Start, go a few hundred yards, take a near fatal hit, continue, die, repeat with knowledge of where you should fire next time. There isn't the slightest sniff of a dynamic experience in the way you engage your lobotomised opponents, they remain where you expect them to be and react with the AI of a toaster. If you're looking for variety you can customise your VT and online multi-player exists for up to four players, but it's strictly co-op. The only hint of unpredictability is how much damage your - or an enemy's - VT can take, and you're practically forced to accept a certain amount of damage as missions in tight streets for example require you to stagger into view, absorb a few shots, and then pull the trigger. Your dual guns, attached to the side of the cockpit, more often than not blast the side of a nearby building if you try to subtly strafe, and the finite rounds available make this profoundly undesirable.

The great shame is not that the game is poor, but that the core concept is sound and there are hints in the campaign that this could have been something special. You'll see squad members die along the way, yet all are savable, which leads to a want to replay. You are encouraged to keep your eyes peeled at all times, if you can spot potential attacks then your chances of saving team mates is greatly increased. Once you've defeated a line of enemy infantry and disposed of a VT or two there's a real sense of satisfaction as you stretch your tensed muscles, actually stand up, and pop your head above the claustrophobic cockpit to survey your surroundings.

It's those moments that Heavy Armor gets right, and that may be enough to keep some playing, but it glosses over the prickling annoyance of clumsy controls rather than makes up for them. If the game didn't bear the Steel Battalion name it might be more forgiveable to those who know how a VT should be piloted, but if it wasn't for the developer's track record nobody would confuse ham-fisted warfare with hardcore gaming in the first place. They've clearly tried to counterbalance the deficiencies in one department by tinkering with the gruelling mission structure and pace of combat, with very mixed results. It's as if everything is based around your inability to correctly manoeuvre in a timely fashion, in the hope that some will mistake hampering the gamer with plodding realism.  Ultimately, a Steel Battalion game without reliable precision controls is like putting Mario in plaster casts.

Wave your hands in the air....

Steel Battalion: Heavy Armor is an oddity – a Kinect title aimed at those for whom party games are anathema. The ideal behind the series was always in-depth control of a large vehicle, mixed with the thrill of unflinching warfare, bringing with it real and permanent results for failure. From Software have maintained many of the same elements, but without the most important factor, the responsiveness of tactile control, that underpinned everything, the resulting game is almost fatally undermined from the outset.

A follow-up to a game that was a labour of love, that is just a labour.