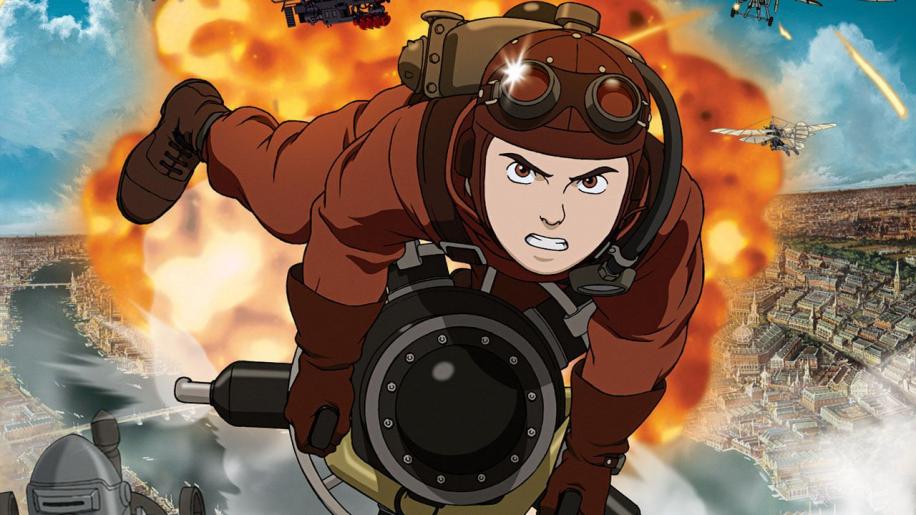 Steamboy is presented in an anamorphic transfer with an aspect ratio of 1.85:1. The start of this film is strangely poor with bad artefacting and a murky looking presentation. It's very dark and the deliberate use of autumnal browns and dark reds doesn't help matters at all. The murky picture clears up in the first act and the artefacts become much less pronounced, but the contrast still isn't very high. The blacks are not deep at all which lets it down. Otomo chose to use muted colours to convey a period feel and this works very well, but occasionally you strain to make out things. There are numerous battle scenes and explosions which rip across the screen, and only then are the colours vivid, and the picture nice and clean. Considering the whole thing is digital - it's a cutting edge animated feature after all, the transfer should have been impeccable. It isn't.

I watched Steamboywith the English language 5.1 Dolby Digital mix but you can also watch it with it's original Japanese mix (with English subtitles) if you're a purist. Unlike the extravagant visuals, the film has a rather restrained soundtrack. The sound mix is heavily front and centre oriented without much surround work. The volume was subdued as well so I had to turn it up higher than usual for the dialogue. Explosions work the bass occasionally but overall the mix is a bit, well... weedy..

The first extra is a rather dry featurette called 'Re-voicing Steamboy' where the lead English speaking actors tell you how great it was, and what an honour it was, to work on Steamboy. Fancy that! The next extra is a short interview with the main man, Katsuhiro Otomo, and he provides good insight into the conception, origin and execution of Steamboy. This, along with two short featurettes on Production Drawings and Animation give anime fans a nice idea of the work involved in making a monster project like Steamboy. The final extra is the end credits animation without text and is good to see as it all looks lovely.

Despite an average transfer this film is still a great spectacle. It's a shame the story becomes weak very fast, and it's not an epic befitting it's pedigree. Definitely a must for anime fans though.