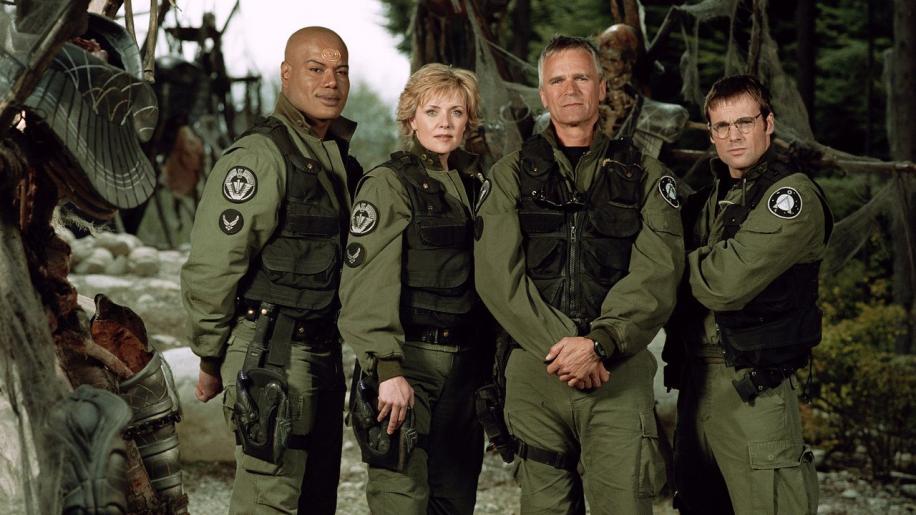 This is obviously a disc mainly aimed at the devoted Stargate fan who wants to add to his already vast collection of previous shows. I cannot fault this disc and highly recommend it. In the sci-fi arena these and of course the Star Trek television series (Voyager being the best, of course!) are an essential part of any space lover's collection. I don't think there is a lot I can say really about the picture. Great! Cracking! Top notch! These are all phrases and words I would use to describe the quality from these discs.

Sci-fi is the perfect vehicle for digital quality. The clarity of the picture even in standard scenes with no digital effects is pin point sharp. To the extent that you can even see the odd straggly hair out of place on Sam Carter's head, (after she has been dragged through all manner of ordeals and the super hold hair spray has failed), with clear definition.

Colours as would be expected are rich, full and vibrant. I could see no evidence of grain or digital artefacts at all despite the amount of material and long running times that could have impacted the quality.

The big budget that this show now commands means that nothing but the best digital effects are commissioned. This shines through in every episode. The effects truly are brilliant and of box-office quality. I still find the Stargate portal effect one of the best! The detail behind it is exact; the correct shadowing, lighting and reflection. Sound again is a hard one to fault. The DVD even includes a Dolby Digital 5.1 soundtrack. Whilst this is certainly a great improvement over a 2 channel stereo track it does not really have much in the way of rear speaker effects. It has not been used as fully as it could have been. I guess this is more due to the fact that it was probably not recorded in 5 channels but was re-engineered post production for the DVD.

Even so, I can't really complain much because to have a surround sound soundtrack for a television programme is surely an added bonus. Let's hope other TV to DVD shows follow the same route! There are two main extras to this disc.

'From Stargate To Atlantis: The Lowdown Part One'. This is an insight into the Stargate franchise and has interviews with the cast and crew as they account the phenomenal popularity of the series from the initial blockbuster film to the television spin off. I found this to be very informative and was great to see some of the actors out of character. Despite the title describing the new spin-off Stargate:Atlantis, this feature has little in it about the show, (the second part on the next volume contains more), but this aside it is still great to see more behind the scenes stuff.

'SG1 Directors Series:Avatar'. Bizarrely or should I say rather cleverly, this is a look at an episode from the Director's point of view, that is not on this disc! It is in fact describing one of the four that is on the next disc, Volume 39. Me thinks they are trying to tempt you into buying the next volume!! Even so, this is another great look at how the film work and stories are put together. Very interesting! I do like to know how it all comes together!

There is also a photo gallery. I have never really understood the point of this feature myself, but I am sure there is someone out there who sits through these montages!