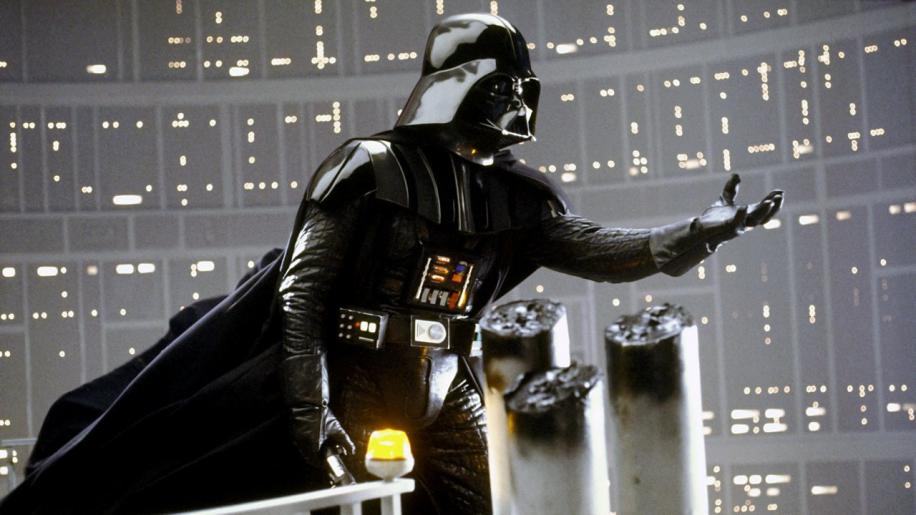 Anyone who thinks that older movies cannot be restored are plain wrong. What has been achieved with these discs is nothing short of miraculous. There is no dust and no speckles in this frame by frame restoration. Discolorations have been largely removed though Star Wars still has some very faint ones. Look for C3-PO walking through the desert and Leia talking in a corridor after her release, there seems to be a small change in the red levels for some reason. Star Wars also looks softer, with less detail than the latter movies but this isn't anything to complain about. Just a product of the movie's age. No such complaints with Empire and Jedi, though. The latter especially has had a superb restoration and it looks just as good as any well mastered modern movie. The picture just looks so clean and clear. Empire's Hoth battle is brilliant white, the speeders in crisp relief. However, those looking for an ultra realistic looking Rancor, or smoothly moving Taun-Tauns will be disappointed. They still look false and there is no getting away from some smeary sfx. Yes the colours have been matched and matte lines removed, but that's it. Some people may bewail this as a lost opportunity to finally bring the movies up to date, but there is really only so much you can do before calling it a day.
Star Wars 7/10

Sound has also been given a substantial boost. The trilogy has never sounded so good. That isn't to say that the sound is good, though. It is Star Wars, unfortunately, that has the worst sound with tonal imbalances throughout. Leia's confrontation with Grand Moff Tarkin (Peter Cushing) onboard the Deathstar is a case in point as is the remote lightsabre scene in the Millennium Falcon. Star Wars still has a tiny stretched sound that most movies this age have, and no amount of post processing or updating can change that. Still, there are enough nostalgic resonances, sound wise, that you tend to ignore this after a while and watch the movie. In some ways a good test of each movie's sound quality is to compare the opening fanfares. About 1:03 into the fanfare there is a double bass dual note underscoring the brass section. This is almost completely missing in Star Wars, but present in Empire and Jedi. Indeed the electrifying asteroid scene in Empire is simply awesome: sounds reverberating around the room, TIE fighters exploding, asteroids colliding and some of John William's best scoring ever. Zip to Jedi and the climactic Vader/Luke confrontation has a suitably moving and epic soundstage with full choral music accompaniment. What more could you want?
Star Wars 6/10

Most people who are interested in Star Wars and still have faith that a good movie is still left in the franchise are looking forward to Episode III: Revenge of the Sith. Episode III Preview: The return of Darth Vader Provides some tantalising views of Hayden Christensen as the eponymous Vader. The process of recreating the costume for Christensen is investigated and it is clear the artisans are very excited with this process. There are some blue screen sequences with Christensen and Ewan McGregor going hammer and tongs with their aluminium practice swords. These sequences are blisteringly fast and bode very well for Episode III's finale.

The Birth of the Lightsabre explores the noble cipher of the Jedi. This sounds like a very dry featurette, but is actually very good. The feature is full of behind the scenes footage. This feature also crosses into the newer movies, including Episode III. Possibly the best bit is a fan created Christmas scene that really needs to be seen. Very funny.

The Force is with Them: The Legacy of Star Wars is a series of interviews with luminaries of the cinema offering their thoughts on Star Wars and how it influenced them. People like Peter Jackson, Ridley Scott and James Cameron fall over themselves pointing out the obvious, and not so, innovations Lucas made with Star Wars. Among the special effects achievements of ILM there are discussions regarding Lucas's advanced editing schemes and the founding of Pixar.

Empire of Dreams: The Story of the Star Wars Trilogy is EVERYTHING you wanted to know about Star Wars in one place. Exhaustive just doesn't cover it and to retell what this feature consists of would take a whole book being as it is 150 minutes long. Nevertheless, this is one of the best documentaries I have seen on a movie, being engaging and never bogging down in minutiae. Superb!

The original trilogy still has that “x-factor” so few movies have, and to me at least, these movies are as good today as they were when I first saw them, changes or not. That means these movies rock, big time.