In many ways, the perfect sequel 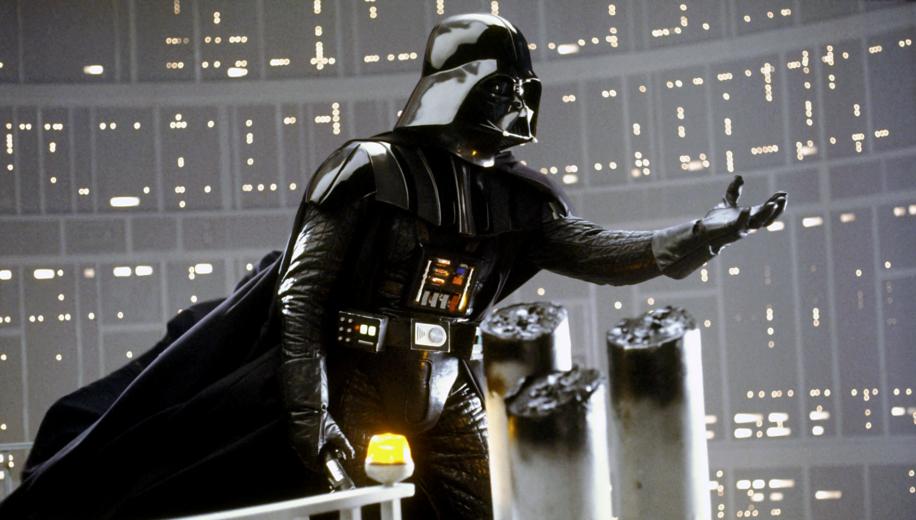 It cannot be stated enough, how much of a gamble it was for 20th Century Fox to green light Star Wars. Every studio passed, and had it not been for Alan Ladd the whole project would probably never had happened. But happen it did and the birth of a franchise, the likes of which the world had never seen, was the result. It was, however, only the huge success of the original film that saw it through. Despite Lucas’ claims to the contrary, Star Wars was never meant to be a trilogy, it was conceived, written and filmed as a standalone entity, and that is clear to anyone who sees it. What Lucas did have was a series of ideas that he wanted to put in the film, but due to film length, was unable to do so. He therefore very shrewdly had written into the contract for the first film, intellectual rights to any sequels, should there be any. (Well that and the merchandise clause!) What that allowed for was his control over any subsequent films, including script development etc.

Luckily, the near exhaustive breakdown he suffered while filming Star Wars meant that while he maintained overall creative control, he handed over the directing duties to Irvin Kershner, a fortuitous decision that brought with it an intelligence in story and character development, which meant the film surpassed the original by playing out as the darkest of the original trilogy as it adhered to a simple three part story structure. It is through Kershner’s vision and the reigns still being held by the studio, that shaped Empire into the film that is justly thought by many to be the crowning achievement in the Star Wars canon. It was a true sequel, in that it carried on with the story set up in the original and was not a rehash; characters grew, developed and were sacrificed; it was compelling, dark and begged for more; in essence, the purest form of the Star Wars universe. We would never see its like again

The Empire Strikes Back 4K Video

The Empire Strikes Back was shot using a combination of Arriflex 35-III, Panavision PSR R-200, Panavision Panaflex X and Panavision Panaflex on 35mm film, and has recently been scanned at 4K resolution. The disc presents a native 3840 x 2160p resolution image in the widescreen 2.39:1 aspect ratio, and uses 10-bit video depth, High Dynamic Range, and is encoded using the HEVC (H.265) codec for HDR10. We reviewed the Region free UK Ultra HD Blu-ray release of The Empire Strikes Back on a Panasonic 65DX902B Ultra HD 4K TV with a Panasonic DMP-UB400 Ultra HD Blu-ray player.

Something a little bit screwy here

First up, let’s say we can banish the former Blu-ray, as this new scan trumps it; however all is not perfect. Detail has had a wonderful up-tick, skin texture, both human and alien, is nicely seen, as are clothing weaves; the Falcon’s cockpit has never looked so pristine, while the icy snow fields of Hoth, or the swamplands of Degobah, hold textures galore.

Colouring too is bold and vivid, with the WCG and HDR paying dividends to the image, even if, as in Star Wars, the scan is from the latest ‘Special Edition’ thus the colours, being bold and strong, are nevertheless wrong for purists. Flesh tones are natural, even for Yoda!

There is a very strong black level too, the whole picture is darker than before, and it brings out frame depth and shadow detail, check out Degobah, or the carbon freezing unit when Luke and Vader have their first battle. Lasers and light sabres shine off the screen as do explosions or sparks, showing that highlights are well catered for.

So, why not perfect? Well, there has been a deal of digital tomfoolery, some scenes have a noticeable softness to them, Hoth occasionally descends into a blurry, smeary mess, leading to grain being frozen (!) or messy. The original print is in top condition but, digitally, there is a wee bit of edge enhancement. On the whole, this is a far better picture than we’ve ever seen before, but you have to wonder why it isn’t closer to perfection.

The Empire Strikes Back 4K Audio

The English Dolby Atmos surround track is another triumph, making extensive use of the 3D sound scape; battles, obviously, fair extremely well with all channels allowing for a full immersive experience; the Hoth battle, with laser and speeders shooting overhead, while the constant thump of the AT-ATs as they walk closer to the power generator, as the music and dialogue pierce the mix, is simply wonderful. Indeed the score is stunning, with superlative separation both left and right, and up and down allowing for a sonic orgasm.

The overhead channels get plenty to do, check out Degobah with its myriad of life circling the screen, or the chattering and clashing in the droid scrapheap as Chewie tries to gather C-3PO’s parts. Bass is stunningly deep, adding significantly to the effects and score, with some lovely LF effects, of particular delight was the thump as the carbonite coffin hits the floor. A slight volume adjustment upwards gets the best out of it.

The Empire Strikes Back 4K Extras

Conversations: The Lost Interviews – Presumed lost for years, audio tape recording were made by Charles Lippincott as he interviews various members of the Star Wars universe; recorded between 1975 and 1978 they are here presented over photos and art work etc. Interviewees Harrison Ford, Anthony Daniels, Carrie Fisher, and John Williams.

Discoveries from Inside: Matte Paintings Unveiled – 4 minute piece with J.W. Rinzler and Harrison Ellenshaw  (matte painting supervisor) as they look over some of the artwork created for the films.

Legacy Content – Holds a number of featurettes seen before.

A Conversation with the Masters

Dennis Muren: How Walkers Walk - 2 minute look at the stop motion technique used to bring the AT-AT’s to life; legacy but new to this set.

The Empire Strikes Back is, in many ways, the perfect sequel, joining a very select few that manage to even surpass the original. It continues the story, opens the universe, develops the characters, relies on driven narrative rather that action, although the action is stunning, has an even better score and one of the greatest reveals in cinematic history, one that is completely ruined by the prequel trilogy (which is why I view in the ‘Machete order’).

n short it is the pinnacle of the Star Wars films

The 4K UHD package from Disney is amazing; a lavish box set, housing all discs from the ‘Skywalker Saga’ in a presentation book; the native 4K picture whilst being the best the picture has ever looked in terms of detail, colour depth and black level, is frustratingly not perfect with areas of softness, blurry smeary mess with odd grain structure (Hoth mainly). No such issues with the sound though, which is a triumph of symphonic majesty and 3D surround. The extras package is immense and even manages to add a few more new items into the mix.