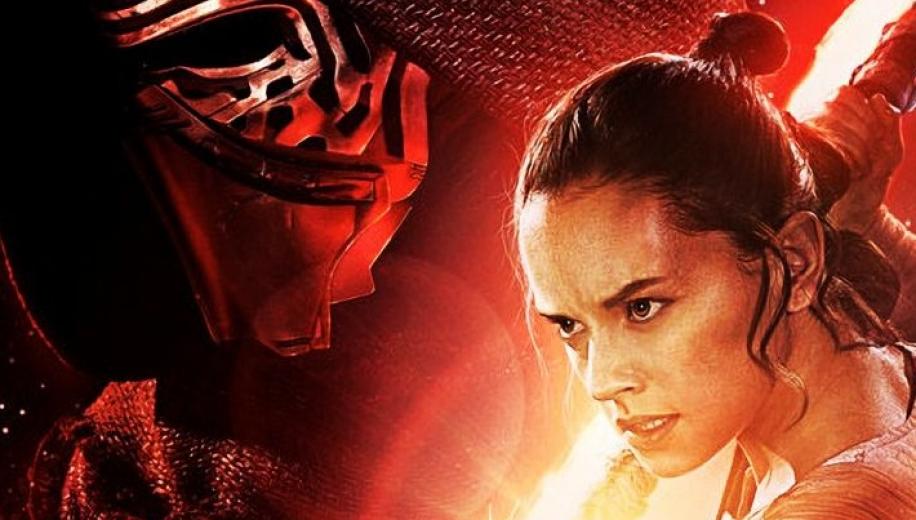 Undoubtedly better than anybody could have ever expected after the last trilogy, J. J. Abrams’ resoundingly good reboot breathes new life into this classic franchise.

Yes, in typical Abrams style, this is a heavily tribute-laden feature that’s very familiar, and often overly so for many older fans of the franchise. It does tread old ground, revisiting the old Star Wars themes – themselves borrowed from Kurosawa’s Hidden Fortress – and follows many similar marker points involving droids carrying information, secret plans, planet-destroying weapons, and bombing runs to destroy said weapons. It gives us a new young innocent (or maybe two?) to graduate into the ways of The Force and waves off an old veteran in the process. Those who can’t see the similarities probably need their eyes checked. But, by the same token – and in the same way he did with Star Trek, the first time around, Abrams’ forte is in giving this familiar material a fresh feel and a new lease of life; introducing a whole new generation to this decades-old universe whilst reminding long-cynical veteran fans of what it’s like to be a child again.
Key to the old comes the presence of hallowed elements like the Millennium Falcon and Harrison Ford’s Han Solo, the former of which gets to whip around some spectacular aerial sequences whilst the latter reminds us why another Indiana Jones may not be so out of the question. It’s the new blood that truly impresses though, with the villainous Kylo Ren proving a formidable opponent (until Adam Driver’s face is revealed, that is) and the two new leads – a bumbling, means-well John Boyega (not a million miles away from the kind of role a young Harrison Ford would take) and a kick-ass heroine in Daisy Ridley’s Rey – showing us the future of this trilogy. Undoubtedly Rey (with Ridley looking strikingly like a young Keira Knightley) is the strongest female action character we’ve had in years, and it’s nice to think of her being an icon for whole new generations, and potentially as pivotal a character as Hamill’s Luke was all those decades back.

The Region Free UK Blu-ray of The Force Awakens appears to be identical to its US counterpart, promoting the unquestionably spectacular blockbuster sci-fi event with a glorious High Definition 1080p/AVC-encoded transfer, framed in the film’s original theatrical aspect ratio of 2.4:01 widescreen.


Despite the immense scrutiny that has fallen upon this chart-busting, record-breaking release, it holds up superbly as a testament to what Blu-ray is still capable of.

The debate about just how good The Force Awakens would look on UHD forgets the flipside to that argument, potentially making candidates for an upgrade wonder just why such an upgrade would be needed when Blu-ray, done right, can look so damn good. This is striking demo material; you’ll likely see it showcased across TV showrooms for quite some time and, undoubtedly, on plenty of UHD screens too, irrespective of the fact that it’s just plain old ‘standard’ High Def. Detail is precise and outstanding, clarity and depth consistently impressive, and colours rich and vibrant. Shot on film, the image is warmly textured to give it that superbly filmic look, and overall this is reference material if ever anything was.

Whilst there’s been some blowback regarding the sound quality, The Force Awaken’s aural accompaniment will likely be hard to fault for most home viewers. For many, the reality of peppering your living environment with a dozen speakers – even embedding some in the ceiling – seems somewhat unrealistic, so it would also feel churlish to disregard the supreme presence of this outstanding audio track just because it doesn’t offer up that added incentive which but a few can (at the moment) enjoy.

The reality is that The Force Awaken’s soundtrack is almost impossible to fault – comparing it to the likes of Mad Max: Fury Road may leave this falling short of the best of the best, however it’s outstanding nonetheless, with firmly prioritised dialogue, dynamic effects usage disseminated across the array, and that seminal score theme underpinning the whole affair. Again, easy demo material, and despite reservations that many may have over whether this could have been improved, particularly in the prominent bass department, it’s still a largely reference deal.

Headlined by a whopping hour-plus 4-part Documentary, Secrets of The Force Awakens: A Cinematic Journey, which is split into several chapters looking behind the production, at the premise of remaining faithful to the old whilst injecting fresh blood in for the new generations, the locations chosen, the real and practical effects and stages and ships built; the new characters; and the impact of the final act. The Table Read is far from that, and instead merely a 4-minute dip into said reading, whilst we get a 9 minute look at Crafting Creatures for the movie, 6 minutes on Building BB-8, 7 minutes on the climactic scene in Blueprint of a Battle: The Snow Fight; 8 minutes on ILM’s Visual work; 7 minutes on John Williams’ The Seventh Symphony; a number of Deleted Scenes; and a look behind the charity work surrounding the production with Force for Change.


Rounding out an already-excellent package we get some of the best extras available on any of the Star Wars films thus far.

Perhaps the only disappointment comes in Zavvi’s Exclusive UK Steelbook release, which is arguably far from what it was initially marketed as, with promo pictures previewing a shiny, glossy impressive design with some embossed titling. The end result had none of that, with what should have been an iconic design – a red lightsabre-sliced image of Kylo Ren – given the matte (or zero finish) treatment and offering up no embossing and, indeed, no title whatsoever. Couple that with a lack of title along the spine – adopting the same character-image style of many MCU steelbooks – and fans were understandably disappointed (and looking to pick up the Best Buy steelbook instead, which actually makes good on the promise of all of the things that the Zavvi release should have had). In-hand, the results aren’t quite as bad as the images would suggest, but it’s still a little disappointing that a couple of tweaks could have and, indeed, if you check out the Best Buy variation did make this a whole lot more special. It may not be the most original entry, treading the fine line between homage and remake in typical Abrams’ style, but it’s a great new entry, with some outstanding new characters and plenty of consideration towards the old. And despite the familiar beats, it paves the way for what could well be The Empire Strikes Back of this new trilogy, and certainly opens things up for a promising new future for this classic franchise.

The UK Region B release is identical to the US counterpart – and may well be just the exact same discs (which would, commercially, make sense for such a widespread release) – and provides the same stellar video and audio, as well as a boatload of extras. It’s an outstanding demo – and reference – release that fans should (and probably already have) lapped up, although the debate will continue to rage over which version you’ll want – from the very cool, different ‘light’ and ‘dark’ amaray releases to the different steelbooks you can get both here and overseas.