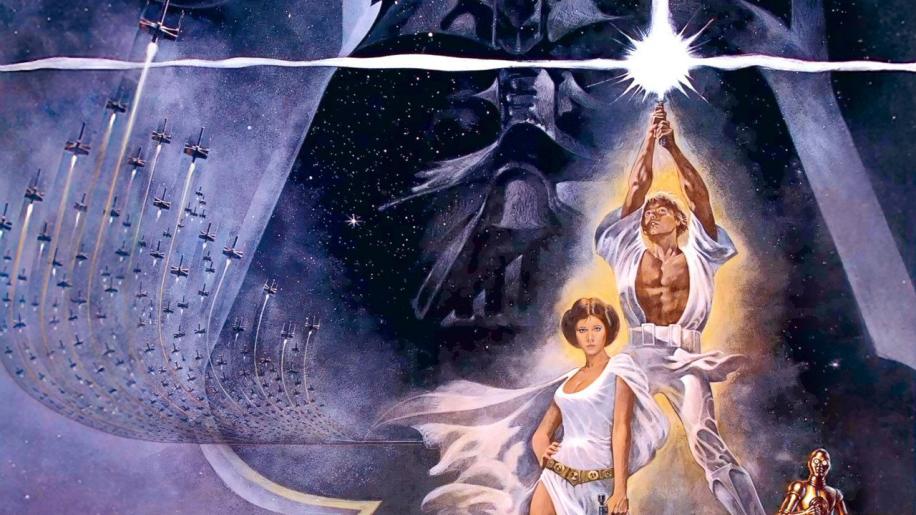 Actually it's more than surprising, it's infuriating. How much effort can it take to make it anamorphic? Hardly any, surely. Yet the amount of detail in a non-anamorphic picture is significantly lower than in the anamorphic picture found on most DVDs these days.

I would say that the picture has been cleaned up to an extent, but there is still a little dirt there - although not as much as some recently released blockbuster DVDs I have seen. I have provided comparison screen grabs (original version at the top, processed special edition underneath) to illustrate the presence of grain and muted colours in the original version. Detail is also lost in some particularly light or dark areas. The special edition is rich and vibrant in comparison with more detail evident, but let's not forget that the SE has an exceptional transfer. Importantly neither version has significant edge enhancement and this alone brings the picture quality of the original version up a notch in comparison to most modern DVD releases. In fact when viewed in isolation, the original version of Star Wars is still very watchable. Only the fact that it's non-anamorphic brings the score down. The audio on the original version was two channel and so we're not disappointed to have it here as well. Most peoples' amps will turn this into Dolby Prologic utilising 5 channels to give full surround with the subwoofer. From the moment Leia's Cruiser flies into shot, pursued by the Star Destroyer, we're transported back nearly thirty years to those first thrilling moments at the cinema. The thundering engines fill the room with sub-bass, the subwoofer conveying perfectly the enormous power. While not having the pinpoint placement of surround effects as the SE's 6.1 EX soundtrack, the Prologic audio was still exciting and enveloping, if accompanied by a little hiss from time to time. The SE soundtrack in comparison, I feel, comes across rather too busy on the bass side on occasion. Death Star turrets punch the subwoofer a little too much. The revamped Death Star explosion, however, is an awesome audio moment in the SE and is somewhat flat in comparison on the original version. On the whole, however, the sound on the original version is just as enjoyable and engrossing as the picture. What we have in this latest release, then, is George Lucas seemingly giving the hard core fans what they want. For years now, they have been demanding the original versions of the movies. On the whole I like the changes George made to the special editions. Most of them are so subtle that you wouldn't really notice. The odd sound effect here. The odd altered cut and effect there. But the 'Greedo shoots first' cantina alteration is just terrible.