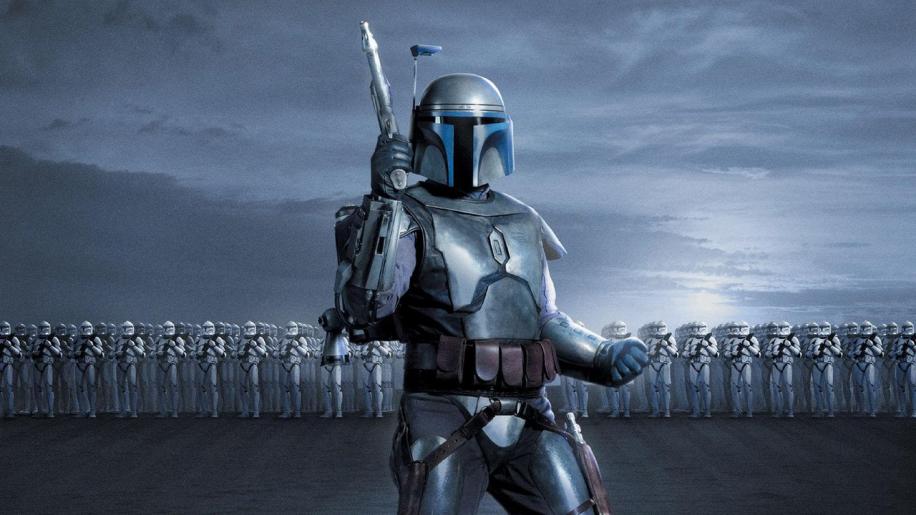 The disc's much-touted digital-to- digital anamorphic 2.35:1 transfer certainly boasts plenty of detail and fantastic colour fidelity, and thankfully doesn't suffer from its predecessor's edge-enhancement. However, it's not perfect: minor haloes and moiré effects are visible in some sequences, and delineation is a little soft in darker shots. If the picture quality is a little disappointing, the DD 5.1 EX soundtrack is anything but. The film is full of fantastically placed spatial effects and room-shaking bass (predominantly during the action set pieces like the speeder chase in Chapter Seven and the asteroid field battle in Chapter 28).

The host of extras on this two-disc set is every bit as comprehensive as you'd hope for (if rather self-congratulatory at times). Disc One includes a tech-heavy commentary from George Lucas himself and various other members of the production team, random themed menus and a THX Optimizer. On Disc Two you'll find the meat of the package. First up are two documentaries - From Puppets to Pixels: Digital Characters in Episode II (52 minutes) and State of the Art: The Previsualization of Episode II (23 minutes). Following this are three promo featurettes - Story, Love and Action - three teaser trailers, the original theatrical trailer, a music video, 12 TV spots, eight deleted scenes with optional intros, weblinks and 12 brief web documentaries. The final collection of extras can be found in Dex's Kitchen and takes the form of three artwork galleries, a featurette on the sound production, a Visual Effects Breakdown Montage and a funny trailer for a mockumentary called R2-D2: Beneath the Dome.

A fair package for a film that will make you want Lucas to stop the prequels and focus on putting the original trilogy on DVD.