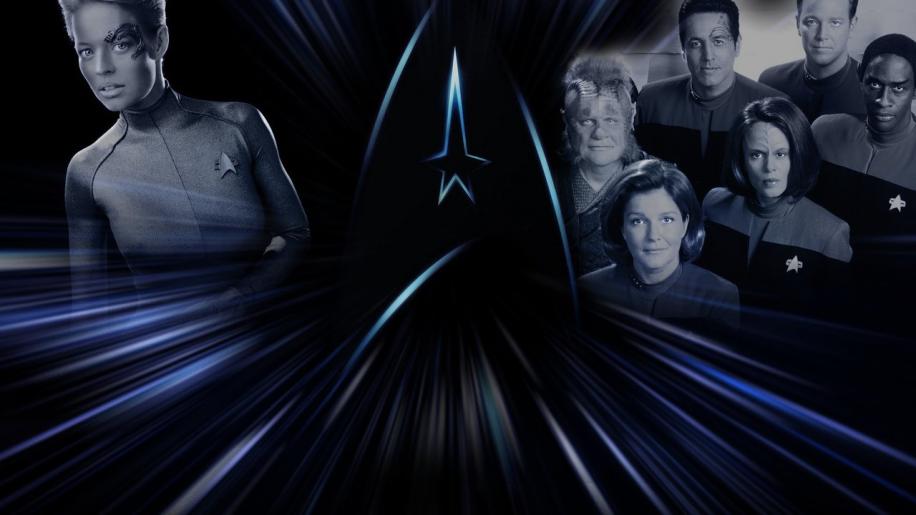 Whilst the series itself is lacklustre, Voyager has production values that go through the roof. Picture quality is a step beyond the normal TV standard. Colours are spot on, never overbearing or too muted. Alien colours are believable, in as much as they can be, and costumes have a vital appearance that would be lost on less well funded programs (early Babylon 5 springs to mind). There was very little grain, if not none at all, which is a first for a TV series (to me anyhow) and is markedly better than the various seasons of 24. Look out for some startling CGI in the two-parter Dark Frontier, too, easily some of the best seen on TV. The only criticisms are a lack of brighter contrast - sometimes voyager looks too dark for its own good. Also the picture is slightly soft, masking the finest detail. Still, the Trek cannon does seem to provide sterling picture quality. Presented in Dolby 5.1, the sound on DVD is one hell of a lot better than Sky or Freeview. Effects pan with some speed around the room, bass is strangely muted, like the level is a few decibels too low, and was something of a disappointment. At least there is no boom, though, something other series, such as Farscape, fall victim to in order to impress. Treble is subtle and never scratchy with voices having a dry cleanness to them. Robert Picardo's throaty voice and Kate Mulgrew's powerful projection are given just the right timbre via the centre channel. Good indeed, but the lack of impact in the more action packed episodes is a disappointment. Braving the Unknown: Season Five is a standard behind the scenes featurette. There are some interesting points, but not anything diehards won't already know, and not poignant enough for casual watchers to latch onto. B'Elanna Torres Time Capsule is altogether more interesting. Here, actress Roxann Dawson is ebullient about the whole trek thing speaking about some of the good things she has got out of the job. Unknown to me Dawson actually directed some of Voyagers episodes, a tradition that has continued with Enterprise. She seems most happy with her novels - a trilogy- that she wrote, something which is quite clear in her voice and expressions. Time Capsule: Tom Paris offers some more insight into the colleague camaraderie on the set. Robert Duncan McNeil, as Paris, speaks of how two children were born during the Voyager experience, and that his real life wife was pregnant at the same time as the on screen wife was. Voyager represents all that is wrong with Trek. There are some fantastic actors, outstanding production teams, but not the balls to get dirty. There isn't the action of Deep Space Nine's glorious space battles, or the newness of The Original Series. In a word, Trek has gone stale, something that is brought into relief by some of the better episodes.