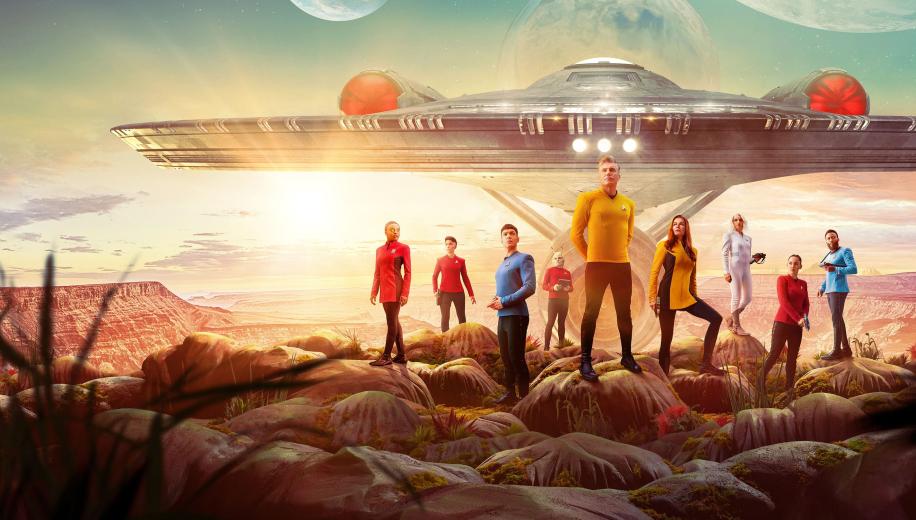 For many, this could be the best new Trek in decades, returning to Original Series vibes with a charismatic Captain and a welcomly refreshing episodic format, hoping to put things back on course.

It's been a challenging time for Trek fans, with ambitious - or just outright foolish - decisions dividing long-standing Trekkies over the worth of modern productions, whether it be the once highly anticipated but ultimately seemingly marmite (at best) Picard or the originally promising but now almost completely wasted Discovery (even long-standing fans don't appear that bothered about not being able to watch the latest season). Whatever went wrong with Discovery, it did do some things right, one of which was introduce the original Enterprise crew, headed up by Captain Pike. And pretty-much as soon as Anson Mount's Captain Pike arrived, and said "hit it", fans were chomping at the bit for a spin-off focusing on him, hoping that it might do what seemingly no new Trek series has done for decades.

... might do what seemingly no new Trek series has done for decades

Haunted by the glimpse he has had of his ultimate fate, Captain Pike is reluctantly pulled back from shore leave early to rescue his Number One, finding himself clashing with General Order 1 - preventing inteference with the natural development of an alien civilisation - in his efforts to get his crew back and prevent a planet from coming to all-out war.

For some, the end of Trek has come. A love affair dating back some 60 years which has proven increasingly challenging courtesy of dirt bikes, KHAAAANNNNN, spore drives, time travel, and hugs. It's a very different age of TV too, with the notion of discrete episode-of-the-week stories seemingly antiquated, and TV now intent upon single-arc tales in preference, drawing out stories to breaking point in order to make them last an entire season. But it seems like Star Trek producers are determined to do whatever it takes to fix the issues everybody has been complaining about for years, even if it means going Old School to do it, taking a retro approach to Strange New Worlds, and promising to deliver self-contained episodic encounters which, at most, will stretch into two-parters. It's refreshing to say the least, but also takes note of everything that TV has learned over the years, using the maturity of ongoing character development to provide for a richer experience - the tales may be discrete, but the characters (in particular, Pike) are definitely on their own ongoing arcs. They might just get this mix right.

Of course, it's Anson Mount who is a big reason of why this show works. Mount's an interesting actor, with a few scene-stealing Big Screen bit parts across the decades (he faced off against both Liam Neeson and Jason Statham in Non-Stop and Safe, respectively) finally catching a break as the lead in five seasons of the Western Hell on Wheels, then, through no fault of his performance, his first Marvel shot flopped - the uncooked, and under-funded Inhumans (though this year finally gave his Black Bolt a modicum of justice). Mount is perfectly cast in Strange New Worlds and, with the returning and familiar characters from the Original Series (and Discovery), what we basically have here is a flashy, modern, yet refreshingly faithful reboot of Kirk's classic original run, only one which avoids any inherent criticism that recasting Kirk again (or indeed rebooting the Original Series / creating another timeline) might have led to.

But really, that's precisely what we have. Right from the familiar opening narration to the gorgeous spaceship porn credits (the intro seqeunce, up there with the likes of Peacemaker, Severance and Raised by Wolves, will be one few will EVER skip) that plays familiar Original Series tunes, and sees a stylised Enterprise traversing some wonderous otherwordly locales, to Mount's charismatic lead (his treatment of the quandary at the heart of the pilot is pure Kirk, only with better acting), and even the little nods to the likes of Wrath of Khan (there are vibes of 'you just keep quoting the regulations' to the scene with the shields), as well as the disguises, neck pinches and, at the core, striving to right a wrong, better an injustice, or correct an imbalance. Strange New Worlds is the best shot we've had in decades of returning to not just Original Trek, but arguably true Trek; in spirit, in style, in storytelling and in Captain. Here's hoping this five-year mission boldly goes to the places fans have wanted the franchise to go for a very, very long time.

Half a dozen episodes in and Strange New Worlds continues to show its teeth as the best new Trek in decades, enjoying a succession of superb standalone tales which also benefit from ongoing character development and arcs that form connective tissue between them. Even if not everybody warmed to the premiere episode, there's an eclectic array of stories told over the opening salvo of half-season episodes, from the more ethereal Children of the Comet, which sees the Enterprise come up against a seemingly unstoppable comet protected by the superior firepower of an alien race who believe it is destined to level an inhabited planet, to Ghosts of Illyria, which puts them under threat of an unseen virus, whilst introducing themes from the Eugenics Wars and Noonien-Singh's heritage. There's later awkward comedy in the body-swapping Spock Amok, and past love for Pike in he cautionary Lift Us Where Suffering Cannot Reach, but it's the fourth episode which stands out: Memento Mori. Enjoying some seriously wonderful nods to the greatest of all Trek outings, Wrath of Khan, The Enterprise's first encounter with the fearsome Gorn is exceptionally unfolded, with a fabulously tense, overpowered conflict in the shadow of a brown dwarf which is being swallowed by a Black Hole. If you're not utterly sold by the end of that episode, then this show is not for you.

STAR TREK: STRANGE NEW WORLDS is available weekly on Paramount Plus in the UK from 22nd June 2022, with the first three episodes available on launch. 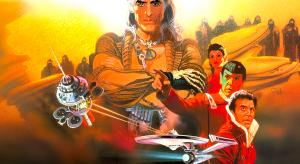 by Cas Harlow · Sep 9, 2021
Continuing our 4-film voyage through the new 4K Box Set, we take a look at the unparalleled masterpiece that is The Wrath of Khan, delivering both on darker, more personal stakes and landmark space-based naval battles.
10