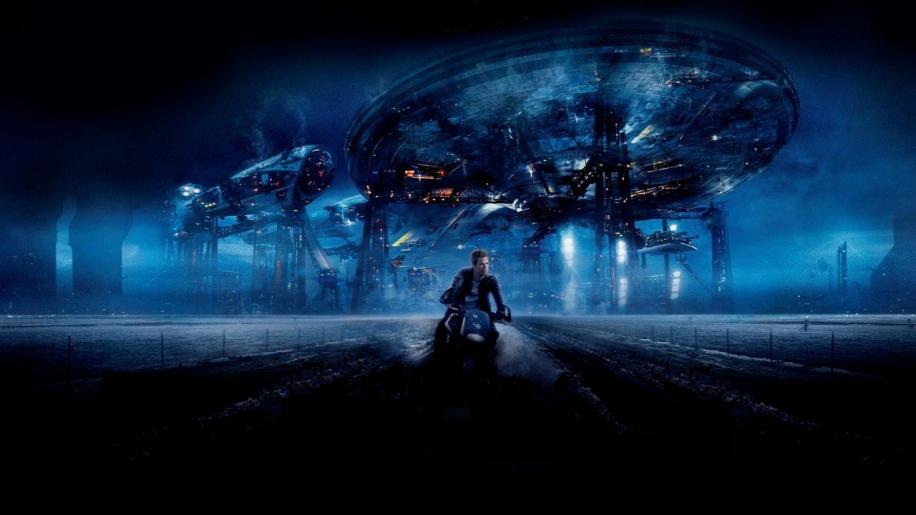 J.J. Abrams knows how to stir up controversy, doesn't he? Every single aspect of the latest film in the Star Trek franchise has been picked apart by die-hard Trekkies the world over. A snapshot of the new USS Enterprise NCC-1701 released? “Oh, the nacelles are all wrong and the deflector is awful!” The first trailer with skydiving and classic cars gets shown? “They're turning it into a summer popcorn flick!”

Well, now that new Enterprise is out of Spacedock and showing alongside all that skydiving and driving and flashbang. The media hype almost ensures a generous box office return for Star Trek so the question of success isn't really on the cards... no, what has everybody worried is the future of the franchise. What J.J. Abrams is really responsible for is the message and spirit of Gene Roddenberry's original show, for his characters and their journeys to the final frontier. Can a reboot really do this? Can casting new actors and starting a new timeline really work? Can it be critically successful with the fans?

I can't speak for the entire fandom, but I can speak for myself. I've been following Star Trek since before I can remember. I grew up watching Jean-Luc Picard make moral speeches to defend the social issues of the day. I'm sad enough to write my own Star Trek stories and what-have-you, buy all the DVDs, etc. So, to be blunt, has J.J. Abrams pleased me? Has his new film still made me proud to stand up and be counted a Trekkie?

My answer is yes... but it isn't emphatic.

The phrase that seems almost overused in the film is “alternate universe”. When a certain cameo performance begins at the halfway point, it works overtime to deliver the message that the events of Star Trek are separated from the events of the previously-established universe: rightly so, as one film cannot hope to compete against ten films, five television shows and a whole plethora of novels, games and comics. While this message does feel like a grudging addition on the part of the script, in order to satisfy the continuity of the Star Trek universe overall, it allows one to relax. It makes you shift focus: with the exception of one important character (who crosses over to deliver the “alternate universe” news) this is just as the publicity has been yelling for months: this is not your father's Star Trek. This is a Star Trek caused by a chain reaction instigated by the film's villain, Nero. He's a Romulan, played by Eric Bana with plenty of sneering and hissing and screaming. He's no Khan or Borg Queen, but he's no pathetic weakling either. He does the job. Not only does he get plenty of mileage out of the aforementioned sneering and hissing and screaming, he causes some pretty big shockwaves in this new universe. Naturally, that's thanks to his specially patented Science Fiction Plot Device Superweapon. This time it carries the brand label “red matter” and has some pretty explosive results.

But the franchise is safe. Nero can do what he likes with “red matter”. This is a new beginning that doesn't give the original series a long golden shower. With that panic over for the fandom, and that panic over for myself, I was free to settle down and enjoy what is simply another interpretation of Gene Roddenberry's classic cult series. This being a 21st Century summer, however, and this being a major blockbuster motion picture, it has to have extremely large scope. This, apparently, means it has to have “lots of action sequences”, and so the trailers weren't lying. There's orbital skydiving. There's a shootout on the Romulan mining vessel Narada. There's an apocalyptic finale.


There's also the much-publicised fate of the USS Kelvin NCC-0514. This is what opens the film. In the space of ten minutes, much like a James Bond pre-title sequence, it tells a little story of its own that later provides some backstory to the central plot. What surprises is the raw emotion of the moment. Without wanting to give too much away, it doesn't just tug at the heartstrings... it grabs them and pulls them like a set of church bells. Before long, though, we're thrown forward across several jumps in time: suddenly Kirk is a child behind the wheel of that red convertible, and then he's a barfly trying to seduce Cadet Uhura, and then he's a cadet himself. The pace is quick, no doubts there.

What of the characters that inhabit this fast-paced world? Is James Tiberius Kirk still James Tiberius Kirk, or does Chris Pine simply prove it was all tied up in William Shatner's unique method of delivery? Opinion will probably be divided. I, however, thought he did well. One particularly good scene was finally getting to see the infamous cheat on the Kobayashi Maru test. Everything's done with such a cocky edge that you cannot help but laugh. The image of the man, draped in the simulator's centre seat, eating an apple as Klingons attack is somehow just as you've always imagined it (despite absence of Shatner). Indeed, as the film progresses and we're introduced to more and more of the classic characters, you realise that J.J. Abrams has mostly hit the mark: Leonard McCoy (Karl Urban), Montgomery Scott (Simon Pegg) and Hikaru Sulu (John Cho) are all refreshed with great energy and skill. The slight twinge of regret, the fan inside of me missing DeForest Kelley and James Doohan, is quickly swamped with clever dialogue and great presentation. Christopher Pike (the ever-reliable Bruce Greenwood) is also re-energised quite well, so well in fact that you're left not caring about the lingering question of “whatever happened to Robert April?”

The biggest surprise: Anton Yelchin as Pavel Chekov. He steals every scene he's in.

The biggest letdown: Zoe Saldana as Uhura. She's not terrible, but she's not good either.

Her involvement with Kirk's story arc is a relatively minor, jokey one. The same cannot be said for Spock. Played with accuracy and skill by Zachary Quinto, his struggle between his human and Vulcan ancestry is arguably the most important aspect of Star Trek's story. It does come across at times, however, to be the sole lynchpin of the script's efforts. In trying to capture the internal conflict of Spock, the film discovers some great lines and great moments but perhaps to the detriment of the other plot elements. Nero, for example, lacks that special villain magic because he's underdeveloped and given little actual screentime. Overall, too, the Spock character arc isn't something we haven't seen before. I guess, as a reintroduction to these classic characters, it sets up the final scenes (which are begging, as expected, for a sequel or possibly new franchise launch). I think, however, I'd have done it a little differently and weighted the various strands somewhat more balanced.

The only other character left to mention, I guess, is the USS Enterprise NCC-1701. Yes, she's a character in her own right. Just ask the legions of Trekkies who admit to getting all misty-eyed at her death in Star Trek III: The Search for Spock. It has to be said, I was never a huge supporter of the redesign. It looked a little strange, the nacelles overweighted and the deflector dish that sticks out like a crooked tooth... but having seen her in motion, seen her presented by the wizards at ILM, seen her from various angles during her launch sequence, yes: I'll hold my hands up. I was wrong. She's beautiful. There are several shots that just take your breath away. Seriously, watch as she emerges from Saturn's gas surface towards the conclusion of the picture. If your jaw doesn't drop, you're not human.

Ah, what it means to be human... Gene Roddenberry often sought to answer that question through his series, didn't he? Both on television and on the big screen, Star Trek was always three important things. It was an action/adventure. Does the new film have that? Check, absolutely check. It was also an optimistic vision of the future. It gave hope in the face of dystopian science fiction and showed a version of humanity bound together in common cause. Does the new film have that? Well, the Federation's still there. Starfleet's still there, putting the best and brightest on starships, equal opportunities for all... so check, yes, it is an optimistic vision of the future. Now, what of the third important criteria? What of the intelligent weight, what of the social commentary? What of the big questions being asked, what of the exploration of humanity? Does the new film have that?

Unfortunately, it has very little. It seems to be buried in Spock's storyline. Again, this is a case of the film's flaw: it throws everything onto the shoulders of a few, despite also unquestionably being an ensemble piece. This caused me to do some serious head-scratching on my way home. Is J.J. Abrams' Star Trek also Gene Roddenberry's Star Trek? Can I, like Jean-Luc Picard in “The Measure of a Man” (TNG), stand here and bellow “you see, the film's met two of your three criteria, so what if it meets the third?”

After just one viewing, I'm still not entirely sure. That said, the intentions of this film are entirely noble. Regardless of your opinions towards the publicity campaign, a campaign filled with punches and overdriven guitars, this is certainly something I don't have any serious objection to carrying the Star Trek title. If the “alternate universe” aspect of the plot was completely ignored, I might have more serious problems. As it stands, however, what we've been given here is simply another branch of an ever-expanding franchise. With strong box office returns, a couple more films from J.J. Abrams will explore to see where this branch leads. The beauty of it is that it doesn't stop other branches from growing. All it has done is taken the franchise tree and given it a quick shake. Okay, so some of the jokes are a little weak and some of the twists and turns will make you frown, but on reflection?

Filled with all the right lines pointing you in the right directions, there's no denying that J.J. Abrams is paying respect to the essence of James T. Kirk, Spock and Leonard McCoy. Whether he shows the same respect to Gene Roddenberry's ideals and human message is a question perhaps left to the inevitable sequel. For now, this just lays groundwork. Don't worry, though: it's groundwork with a very real potential.