"You did what you had to do, what you always do. Turn death into a fighting chance to live." 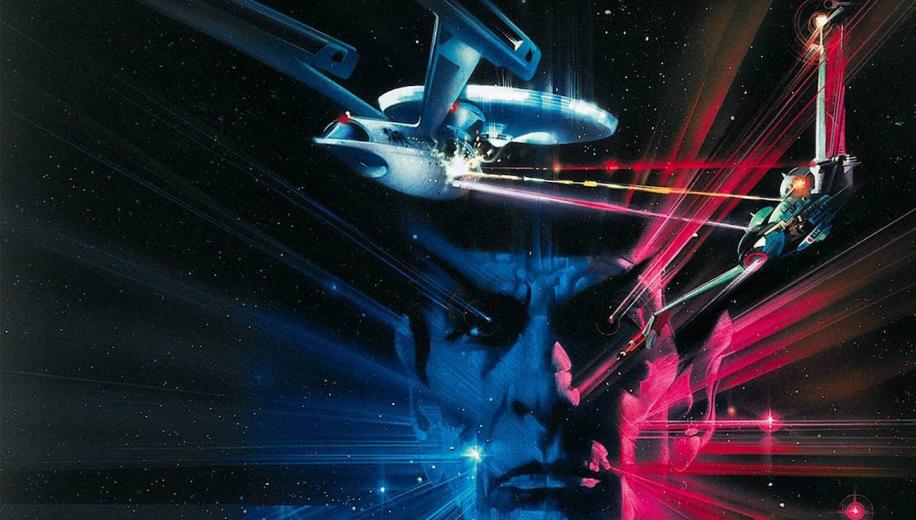 Rushing to capitalise on the success of Khan, and bring back the lost core character, Search for Spock goes for distinctly small-scale sacrifice to emphasise the flipped statement of the needs of the one outweighing the needs of the many.

Star Trek II: The Wrath of Khan put Trek back on the map, with the Studios happy to nudge the budget up for a quick sequel, even if still nowhere near The Motion Picture levels. Khan director Nicholas Meyer was less pleased though, frustrated at a telegraphed ending which was added to a movie he wanted to end more ambiguously (although it was a bit of a moot point, as the following movie's very name gave the game away), leaving a void that was suddenly filled by... Spock. Yes, Leonard Nimoy took over directing duties, in his debut, conveniently helming a movie which - despite that title - didn't actually require a great deal of his presence in front of the camera.

And the result was surprisingly strong work. Sure, the ending of Khan laid the groundwork - the mind-meld, the Genesis detonation, the coffin - and joining the dots in a follow-up undoubtedly could have been done in a number of different, possibly better, ways. But Harve Bennett, who had written the first draft of Khan and ended up completing The Genesis Trilogy, did a solid job to mix in a number of clever themes. The Klingons fleshed out as more than caricature antagonists, establishing them as veritably ruthless Cold War Soviets to the Federation's US, and giving them a deliciously vicious personal conflict with Kirk which would finally be dealt emotional justice when Meyer returned to give us The Undiscovered Country. The religious suggestions, whilst obvious, also weren't jarring, arguably the Sunday school vibe better feeding into a suspension of disbelief, and Kirk's succession of sacrifices would lend much-needed weight to an otherwise pretty rushed sequel.

... it ultimately made good on the promise at the end of Khan, and did so whilst setting the stage for the future features

In some ways this is a bit like the Quantum of Solace to Khan's Casino Royale - for better and worse - acting as an extended fourth act to conclude some unfinished business, and the pacing is very different, running at a lean 106 minutes (the shortest of all the Treks until Insurrection), whilst the scale is distinctly small - the first of two features that would basically jettison all extraneous personnel in favour of just the core cast going off on an adventure (in this case, even Spock and Uhura remained largely AWOL too). The benefit to this, of course, was that we actually got to spend time with these fabulous characters, the actors having worked together for decades, and really committing to the requirements of the surprisingly tense steal-a-starship hijinks, enjoying the witty edges like one-upping the Excelsior or Sulu flipping some sorry guard across the stage, whilst able to absolutely turn on a dime in order to raise the stakes for the unforgettable clash with Christopher Lloyd's (a long way from Back to the Future) scenery-chewing, Bird of Prey-wielding villain.

It's a compelling ride, for sure, perhaps twinged with the knowledge that perhaps it could have been better, but delivering a number of memorable moments nonetheless that likely leave it rightly still sitting amidst top tier Trek. Shatner pretty-much nailed his initial reaction shot to Lloyd coldly ordering the killing of one of the prisoners he'd taken, with the Captain helpless over what follows (even if the final The Original Series-style wrestling combat between the two is disappointingly clumsy, and doesn't appear to have any of the vengence-fuelled satisfaction given what had come before - "I have had enough of you!" is an awful line, which makes you even wonder whether they had shot the scenes out of order unaware of what the script had just done to Kirk). The effects too weren't anywhere near as impressive as in the preceding films, but still the gorgeously-designed Klingon Bird of Prey stood out, and the impact of some of the shock events still echoed over the Genesis Trilogy, irrespective of the limitations of those visuals. All said, it ultimately - flaws and all - made good on the promise at the end of Khan, and did so whilst setting the stage for the future features.

Star Trek: The Search for Spock comes to UK 4K Ultra HD Blu-ray courtesy of Paramount in a box set that includes the first four movies in the original film series. This Ultra HD Blu-ray release delivers a strong native 4K image, with Dolby Vision too.

... fans of the film will certainly find this a very pleasing 4K upgrade

With a slightly bigger budget than Star Trek II: The Wrath of Khan - but still basically a third of the budget of The Motion Picture - Search for Spock has an absolute mixed bag of quality effects and cheaper shots, with a much smaller scale vibe (they barely leave the bridge of the Enterprise) and a few Earth Dock moments that look a little soft. Nevertheless, there are some excellent close ups and detail is frequently leagues better than better, with improved contrast leaving nothing overblown and thus drawing more precise detailing out of the background. Ignoring the limitations of the effects, there are a selection of iconic shots, and fans of the film will certainly find this a very pleasing 4K upgrade, even if it has nothing quite like the Nebula to offer that utter wow factor, except perhaps that jaw-droppingly ornate Bird of Prey.

HDR, WCG and Dolby Vision again make a huge difference, particularly with the sheer amount of time spent with the Klingons bathed in attack red. The jade green Bird of Prey is a stunner, and stands out above everything else - Enterprise included - whilst the yacht-like Excelsior gets some focus. The shifting tones on the Genesis planet appear more refined too, with the cool blue of the night giving way to the warm golden browns of a fire. Black levels are deep and rich, and Red Alert has no problems coping in 4K without any sign of banding or crush.

The Search for Spock's 4K Blu-ray, as with the other features in the set, has no upgrade in the form of a 3D High Definition object-based immersive audio track a la Dolby Atmos and indeed instead appears to reuse what looks to be the same Lossless Dolby TrueHD 7.1 mix from the earlier Blu-ray releases (themselves present on a number of re-issues of the disc).

Yet again, this is far from the end of the world, with the track largely impressing both in terms of breath, dynamics, and LFE impact. It's not quite Khan space-battle conflict, but the face-off with the Bird of Prey is very tense nonetheless, and there's plenty of impact to what follows, with Horner returning to basically recycle his Khan themes - which isn't that bad a thing, as the two are intrinsically bound, and it furthers the familiarity. Dialogue remains firmly prioritised, and overall it's a very good track.

Paramount's 4K release enjoys a couple of Commentary tracks ported over to the 4K disc itself, with all the remaining, old extras on the accompanying Blu-ray.

We get a slew of production Featurettes - on everything from the costumes to the Bird of Prey - Galleries, Storyboards and a Trailer.

Moving further into The Genesis Trilogy, and we find that The Search for Spock makes for a solid conclusion to the threads left hanging after the game-changing Wrath of Khan. Whilst the shock factor does not have as much impact as it is shooting for (given what is actually lost in this movie), it's a commendably entertaining addendum, and it's great to have the core characters brought right into focus for the duration, with the Klingons fleshed out as worthy dastardly Cold War Soviet antagonists.

... a solid conclusion to the threads left hanging after the game-changing Wrath of Khan

Paramount's 4K Collection of the first four movies - The Motion Picture coupled with the Genesis Trilogy - is an impressive, unmissable set, delivering the features in easily the best condition they have known, with gorgeously remastered native 4K Dolby Vision-enhanced video, and both the old, great audio tracks and the majority of the old extras. For those not prepared to wait for the inevitable 10-movie collection - likely a number of years down the line - this is a tremendous set.

Also in this set:

Star Trek: The Original 4-Movie Collection is released by Paramount in the UK and available on 4K Ultra HD from 6th September 2021.