Stand by Me 4K Blu-ray Review 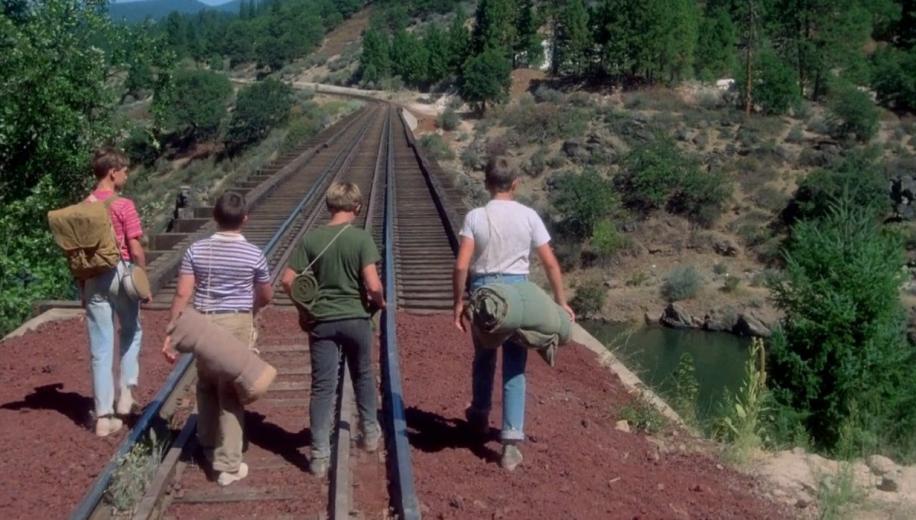 The Body, the short story by Stephen King upon which this film is based, was originally in the aptly named Different Seasons, a selection of four novellas that whilst having a grisly element were not out and out horror/supernatural stories (possible exception: The Breathing Method), but rather character examinations. All four of these stories have now been adapted for film, with The Shawshank Redemption being one of the greatest ever and tonight’s feature being a very close second.

The story boils down to four 12 -13 year old boys walking through the woods to see a dead body; but it is the interplay between these characters, the world they inhabit, the trials of life, and older bullies that they encounter along the way – all of it straight out of the original writings – that elevate the film to something really special. Directed by Rob Reiner and starring Wil Wheaton, River Phoenix, Corey Feldman and Jerry O'Connell, the narrative of the film follows the book almost exactly, with the chemistry of the main cast pulling the audience along. King’s writings have the uncanny ability to see the truth of a character, and the cast here emulate that truth to the point of excellence. There are too many stand out moments to count, but for me, the breakdown of Chris when recounting his theft story is so natural and heart-breaking that it remains devastating.

Reiner captures the ‘small town, America’ perfectly; the life direction, the bullies, the banter, all are wonderfully played and help shape the world to a tee. The film, like Shawshank, has the ability to get under your skin so that you root for and sympathise with the protagonists in what might be an actual based-on-fact story. Little wonder for its award nominations. Stand by Me was shot using Panaflex Cameras on 35mm film. This 2019 UHD release was made using the original camera negative which was scanned at 4K resolution and has been used for this Ultra HD Blu-ray release. The disc presents a native 4K 3840 x 2160p resolution image in the correct widescreen 1.85:1 aspect ratio, and uses 10-bit video depth, a Wide Colour Gamut (WCG), High Dynamic Range, and is encoded using the HEVC (H.265) codec. We reviewed the Region free UK Ultra HD Blu-ray release of Stand by Me on a Panasonic 65DX902B Ultra HD 4K TV with a Panasonic DMP-UB400 Ultra HD Blu-ray player.

Stand by Me has been served pretty well on Blu-ray, and this new image is more an evolution than revolution. The detail on show is terrific: skin blemishes, particularly on the boys, are exquisitely seen, while clothing has discernible weaves, and, as the movie progresses, shows ingrained dirt and grime. There are many landscape shots showing off the many wonderful vistas of Oregon, and these are of particular delight, the lakes and treelines are pure and unsullied. The train tracks, rock chippings and sleepers look good enough to eat. There are occasional bouts of softness, but this has always been the case.

The WCG and HDR really add a boldness to the image, colours are bright and vivid; greens especially, but the blues of the skies and lakes has just as much verve. The black level has been given a new lease of life with better shadow detail and depth in the night scene than ever before; but the real, ahem, highlight is the white level which, in the sunshine of the film, really expounds the brightness – glints off water, the heat of the daylight and the sheer presence of sun are given a level that pushes the image beyond anything a Blu-ray can deliver.

Digitally there are no compression issues and, while the source is clean and bright, it is quite grainy – with some scenes having a slightly digitised look, it is not a disc breaker, but those sensitive to such things need to beware. The newly mixed Dolby Atmos track is slight overkill for what is a very talky movie. There is one obvious winning effect though; when Vern is under the veranda listening to his brother talking about the body – with the vocals emanating right above you! Other effects are far more subtle, the rustling of the trees or chirping birds, the crackle of fire are placed to give a real sense of being there.

Dialogue is clear and precise, held to the frontal array for the most part, while the score takes the brunt of the surround field. Bass is somewhat limited, more an artefact of the nature of the film rather than the track, with LF effects centring around the train and gunshots. The track is not a ‘wow, look at me’ kind of deal, but wins out on the ambient front.

Stand by Me 4K Blu-ray Extras Blu-ray
Audio Commentary – With Director Rob Reiner covers much of the same ground as that below.
PiP Commentary – With Rob Reiner, Wil Wheaton and Corey Feldman sitting to watch the film and cover a pretty much all aspects of the production.
Walking the Tracks: The Summer of Stand by Me – 30 minute making of feature with interviews from cast, crew and Stephen King.
Stand by Me Music video
Trailers
BD-Live

Stand by Me 4K Blu-ray Verdict

Stand by Me 4K Blu-ray Review Stand by Me is a terrific coming of age story about four boys walking to see a dead body. Rob Reiner directs to acclaim with the young cast showing a maturity and innate chemistry that propels the narrative along. One of the best Stephen King adaptations (alongside The Shawshank Redemption, incidentally from the same short story collection) Stand by Me is an engaging, heartfelt and sympathetic rendition of ‘small-town, America’ and the boys coming to terms with the life and their place in it.

As a 4K UHD, the set from Sony is pretty good, the native 4K image is awash with detail, vibrant colouring, good blacks and even better whites, but be prepared for some grain, while the Dolby Atmos track might be overkill, it still delivers a tremendous 3D surround environment based on ambience. The extras package has mostly been seen before, but the addition of some deleted scenes is nice.