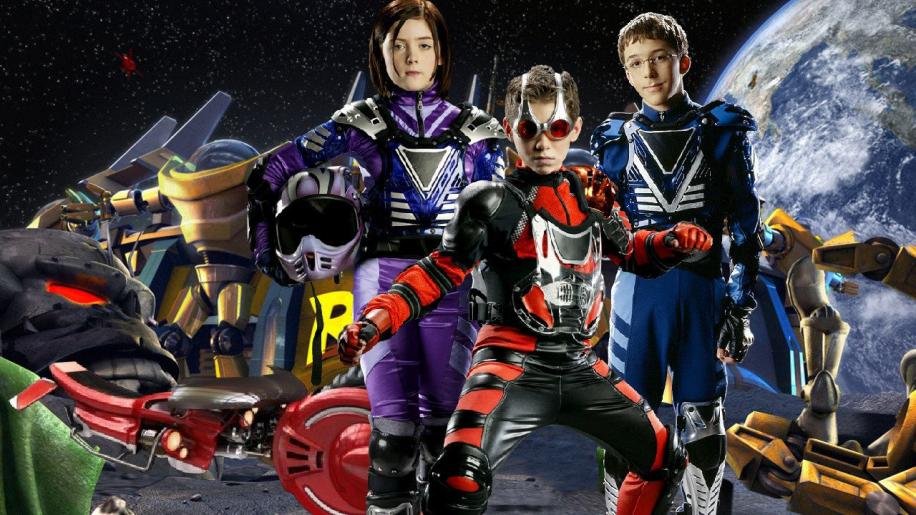 So, what's the 3D like then? Well, the answer is; it depends. Setting up for this movie may not be an easy matter. I reviewed the 3D version both on a domestic 32” widescreen and on a 7' front projection screen, both of which have been calibrated with digital essentials and THX optimiser, (courtesy of the US region 1 Toy Story). Despite following the “3D set up” instructions available from the Spy Kids DVD menu, (which among other recommendations suggests not allowing ambient light to fall on the TV screen), I still could not obtain an image that was truly comfortable on the eyes. Indeed the Red/Blue glasses, 4 pairs of which are include in this pack, can start to cause eye fatigue after some use.

Once you have calibrated your screen and start to run the movie, an introduction starts explaining when to put the glasses on. The 3D section of the movie starts after around 15 minutes and lasts mostly until the end of the film. 3D effects are pretty effective with objects having a definite feeling of depth and appearing to float off the screen at certain points. The bad news is that, at least with my eyes, the effect of the 3D glasses never seems to subside enough for the movie to look “normal” with everything receiving a weird neon tinge throughout.

Thankfully, if you don't think you can persevere with the 3D process, you can always spin disk 2 which also contains the movie but without the 3D effect. This shows the quality of the transfer to be excellent with, what appears to be, a digitally oriented transfer bringing up no mpeg artefacts, edge ringing, film noise or dirt. Average bitrate works out around 6mb with peaks around 8mb during some of the 3D or faster moving sections. The Dolby Digital 5.1 soundtrack is good featuring good use of the split rears during the Megarace and Robot Battle Scenes. Bass fans will also be dialling up the Robot Battle and attack of the Toymakers robots chapters to give their sub a bit of exercise.Sadly for DTS fans although the movie was originally made with a DTS soundtrack none is available here. Extras are split between the two disks with some options only being available when the appropriate disk is in the player. Firstly the “Ten Minute Film School” featurette will show you how you can use sound effects and computer graphics to spice up your home movies although it also seems to advocate using CGI render stations as well! “An Adventure Into The 3rd Dimension: The Making Of Spy Kids 3D” and “The Effects Of The Game” featurettes discuss the challenges the filmmakers faced in not only producing a 3D movie but in realising the vision of taking Ricardo Montalban out of his wheelchair for the third movie. Confined to a wheel chair in real life, shots of Montalban where composed so that the CGI “superhero” could be composited on in post production to complete the effect.

The set also carries a slightly disappointing audio commentary by writer/director Robert Rodriguez which doesn't really engage and carries rather too many long blank periods for me. “Surfing and Stunts uses the DVD multi-angle feature to break apart one of the movies CGI scenes whilst “Mega Race Set-Top Game” is, what I believe to be, the first non DVD rom based DVD movie game. Available on both the 3D disk and 2D disk, the player must use the arrow controls on the DVD remote to speed up, slow down or turn when the appropriate direction is displayed on screen. Reasonably addictive for both kids and adults.

Finally the extras are closed off with an assortment of trailers including the original, and superior, original Spy Kids movie and the music promo piece “Making tracks with Alexa Vega” as well as 3 music videos. Adults wont enjoy it as much as the original movie but kids will enjoy it in 2D or 3D, (and kids might just be able to get the 3D to work properly too!).