Alien meets Arrival, on a budget 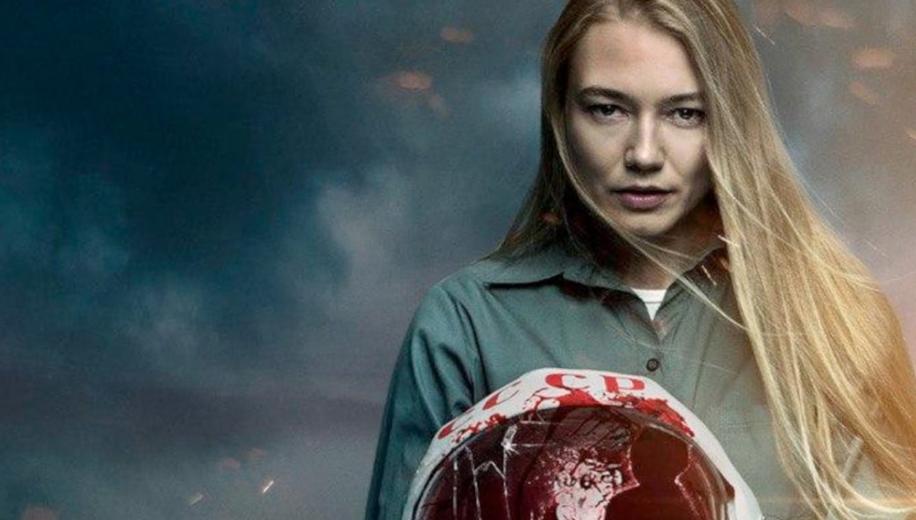 Conveniently sharing the name with Russia's recently announced Covid vaccine, Sputnik may actually be one of those rare movies which will benefit from a delayed release, and is an impressively atmospheric indie debut.

Originally scheduled for release back in April, Egor Abramenko's directorial debut Sputnik was just another Covid film casualty. But, then Russia made a rather surprise announcement which, publicity stunt or not, has suddenly put the very word Sputnik all over the headlines. If that raises the profile of this indie gem, then that's only a good thing, because decent low budget sci-fi features are relatively hard to come by, and this little beauty knows its limitations and delivers the - admittedly small-scale - goods with dark undertones and a refreshingly Russian bent.

This little beauty knows its limitations and delivers the goods

Set in the 80s, after a couple of cosmonauts get an unexpected surprise on re-entry, an ethically disgraced but highly moral neurophysiologist is called upon to do whatever it takes to understand what happened, examining the survivor in unusually clandestine conditions, under the iron hand of a determined Colonel, who not only wants to investigate what otherworldly life the cosmonauts may have encountered, but weaponise it to help put Russia back on the map.

Oksana Akinshina. Doesn't mean anything? Well she was the titular lead in the painfully brutal but undeniably superb Lilya-4-ever, a striking sophomore effort for the then-15-year-old star-in-the-making who received some well-earned Awards recognition for her troubles. In Hollywood however, but for a brief scene at the end of The Bourne Supremacy, she's never really made an impact, seemingly choosing family over film stardom, an admirable but surprising choice. Hopefully Sputnik finally gets her some well-deserved international recognition. As the neurophysiologist, Akinshina takes the lead here, playing a strong and determined character who is initially shown to be prepared to do whatever it takes. The mistake the shifty Russian Colonel who recruits her makes, however, is in thinking that willingness to flout medical ethics suggests some commensurate moral ambiguity.

Sputnik spends its time with the characters - Oksana's doctor, actor/director Fyodor Bondarchuk's Colonel, and troubled cosmonaut Pyotr Fyodorov - underplaying the alien angle and limited the CG which helps keep things atmospheric and involving, without blowing the clearly limited budget. There's gore, sure, and on the face of it the premise ostensibly owes a debt of gratitude to Ridley Scott's original Alien movie, but, looking a little deeper, this is much more like a Russian indie answer to Villeneuve's Arrival, juxtaposing the scientific potential of extraterrestrial contact with political interests and human agendas.

Don't expect Alien or Arrival, just enjoy this Russian indie spin on them both

Sputnik can't blow you away with its creature attacks - most of the effects-heavy moments are left for the final act - but instead more than makes up for any deficit with messy moral quandaries, providing a shocking insight to just what the military might do to get an advantage over foreign powers. Again, this kind of thing was hammered home across all of the Alien franchise, but it's handled in a much more down-to-earth, matter-of-fact fashion here, leaving humans brutally exploited as cattle in a way that the Alien films - and most Hollywood films - literally gloss over. It's here that a low budget forces filmmakers to be innovative and rely on more than just flash, and Sputnik certainly rises to such challenges.

For those who like smaller sci-fi efforts, with clever ideas a solid premise, Sputnik is well worth checking out. Don't expect Alien or Arrival, just enjoy this Russian indie spin on them both.