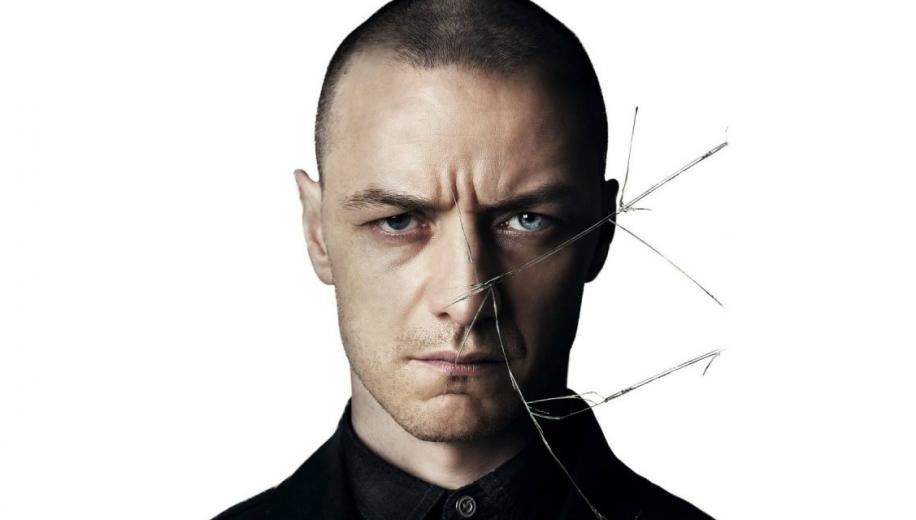 Split sees a return to form for the once impressive mystery director M. Night Shyamalan, who delivers a taut and effective psychological thriller built around a multi-faceted performance by James McAvoy.

When three teenage girls get kidnapped and locked up in an underground cellar, it becomes a battle of wits for them to survive, but their captor may not be alone in himself. Turning to his psychologist for regular assistance, he turns out to have multiple personalities, all vying for the limelight, with some considerably darker than others. It may only be through the exploration of these various personalities that the girls will find a way to escape the horror they are in. Shyamalan hasn't made a great film in years. And whilst Split doesn't quite take us back to the glory days of The Sixth Sense, Signs, Unbreakable, and even The Village, it (particularly in its excellent closing stinger) certainly gets the writer/director firmly back on track (and maybe even a certain actor who makes a cameo), and perhaps even facing down the barrel of his first ever franchise.
As much as it is built upon the trademark tension that Shyamalan manages to naturally elicit out of any set-up, the film owes its success to McAvoy's tremendous commitment to a very demanding multiple role, playing over half a dozen very distinct personalities with striking dexterity. He flips between them seamlessly, managing to play almost all them distinctly just with physical changes and visible tics, even before he opens his mouth. It's an amazing turn from the actor, and one that should have arguably gone recognised (not that it's the kind of genre that gets much recognition), providing the backbone for the piece, although Shyamalan does posit a very strong female heroine in Anya Taylor-Joy (The Witch), whose dark character development further distinguishes this piece from the crowd. It's strong work, and hopefully the next chapter in something very special.

Split was filmed digitally using various cameras including the Arri Alexa XT, with a source resolution of 2.8K. It was, unfortunately, finished with a 2K Digital Intermediate (DI), resulting in a 4K upscale on this Ultra HD Blu-ray disc, although the 2160p presentation, framed in the movie's original theatrical aspect ratio of 2.40:1 widescreen, is still quite striking and hard to fault, much like the accompanying 1080p Blu-ray.

It's hard to immediately notice a step up in either detail or resolution above the Blu-ray counterpart, but again that's not a slight against what is a largely flawless presentation, whichever format you view it on. The real distinction comes from the aforementioned HDR and WCG, which are sometimes strikingly, sometimes subtly implemented to draw to the fore a new and surprising level of shadow detail, colour depth and contrast range. Again, the Blu-ray itself was near-perfect, and whilst this is an upscale, the Ultra HD release is still a strong and frequently impressive effort.

The accompanying DTS-HD Master Audio 5.1 track is also a winner, delivering precise dialogue - which is a priority given the many personalities, accents and intonations offered by even just McAvoy alone - clearly and coherently from across the front and centre channels, whilst it affords the effects array some impressive surround usage, and leaves room for a strong score to boot.

Effects are well represented, and are obviously of vital importance to any Shyamalan feature, which plays on nuances, atmospherics and pinprick elements to get under your skin. Surround usage is highly effective, with more than a little LFE input growling underneath - again, a mainstay for Shyamalan's efforts. Overall, it's a winning track.

There isn't exactly a wealth of extra material, but a trio of short Featurettes and a slew of additional footage still offer something more for fans of the film. The 10 minute Making of Split tries to cram much into its summary of the production, whilst separately, shorter segments look behind both the Director's eye and McAvoy's talented performance. There's also over a quarter of an hour of further footage, including an Alternate Ending, all with optional Commentary from the Director.

Split marks a noteworthy return to form for unusual mystery writer/director M. Night Shyamalan, who delivers the goods here largely thanks to a taut psychological survival horror set-up and a tremendous multi-faceted performance from James McAvoy. With any luck, this with be just the start of a strong and much-welcome comeback.


It's strong work, and hopefully the next chapter in something very special

The UK Ultra HD Blu-ray release sports excellent video, notwithstanding the limitations of its 2K digital intermediate, and excellent audio, as well as a smattering of extras limited to the accompanying Blu-ray. Fans of Shyamalan's early work should consider it well worth checking out, perhaps even worth a blind buy.