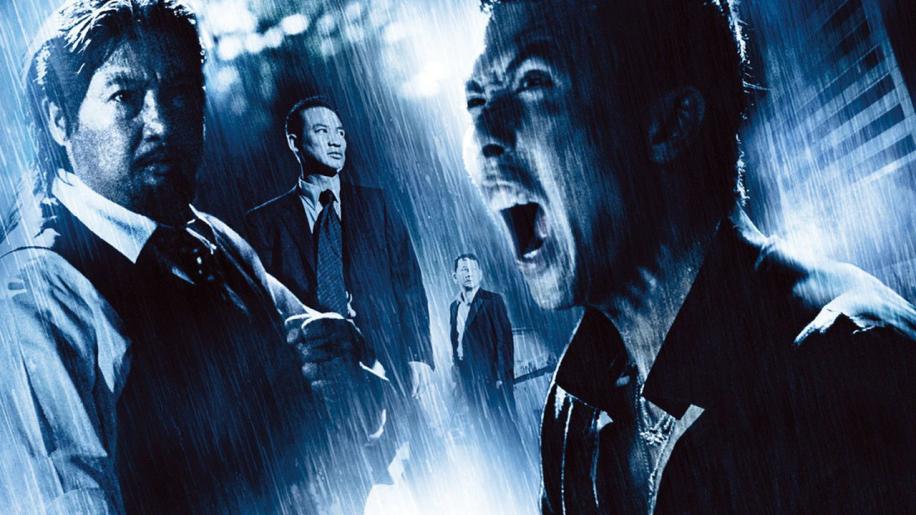 SPL is presented in a 1.78:1 aspect ratio anamorphically enhanced widescreen transfer that is largely good. The detail is excellent, with decent clarity and no softness, but there is a little grain and some edge enhancement. The colour scheme is quite broad, with lots of bright, sun-drenched scenes as well as misty nightclubs. Blacks are reasonably solid, but occasionally impaired by the aforementioned grain. Overall it is a decent representation of this classy thriller, with no noticeable print defects. We get two significant versions of the original language track - Cantonese - a Dolby Digital 5.1 effort and a DTS mix, both in there enhanced modes (DD5.1 EX and DTS EX). Both tracks are very good, with dialogue presented clearly from the frontal array and the overbearing but perfectly apt score giving the surrounds plenty to do. There are a few nice effects - car crashes and fist fights - to also keep you occupied and occasionally you do get a nice feel for the whole movie enveloping you in the action. Although neither tracks are exceptional, they are both solid examples of their kind. We also get a Mandarin dub in Dolby Digital 5.1 EX for completeness and English subtitles that are largely coherent and easy to understand. Although this is a two-disc release, that is mainly because of the efforts they have gone to in presenting the movie so well, rather than due to the wealth of extras. There are in fact only a couple of significant extras, with the first disc sporting just a theatrical trailer and the second disc having a Making-Of Documentary, some TV Spots, a Photo Gallery Slideshow and a long Press Conference Featurette. The Documentary runs at just under ten minutes in length and features interviews with the main participants (both cast and crew), some background into the production, behind the scenes footage and plenty of filler excerpts from the main movie itself. The Press Conference is over twenty minutes long and has the main cast (including Donnie Yen, Simon Yam et al. - but no Sammo Hung) and some of the crew answering questions and talking about the production. Much more informative and less fluffy than the Making-Of, it is a solid addition to the proceedings. Thankfully for all the extras there are English subtitle options throughout. East Asia is currently one of the frontrunners for creating new, cleverly conceived and well-realised police thrillers that are generally far more original than anything Hollywood has to offer (to such an extent that Hollywood feels the need to just remake them). SPL is another classy, stylish, gritty and entertaining affair which showcases the much anticipated face-off between two martial arts masters (Donnie Yen and Sammo Hung), as well as another superior leading role for Donnie - and not before time. The video and audio presentation are both solid and totally in line with the production, as are the few nice extras. Overall, it is definitely worth a rental and probably worth risking as a blind-buy, particularly for fans of the participants or the genre.