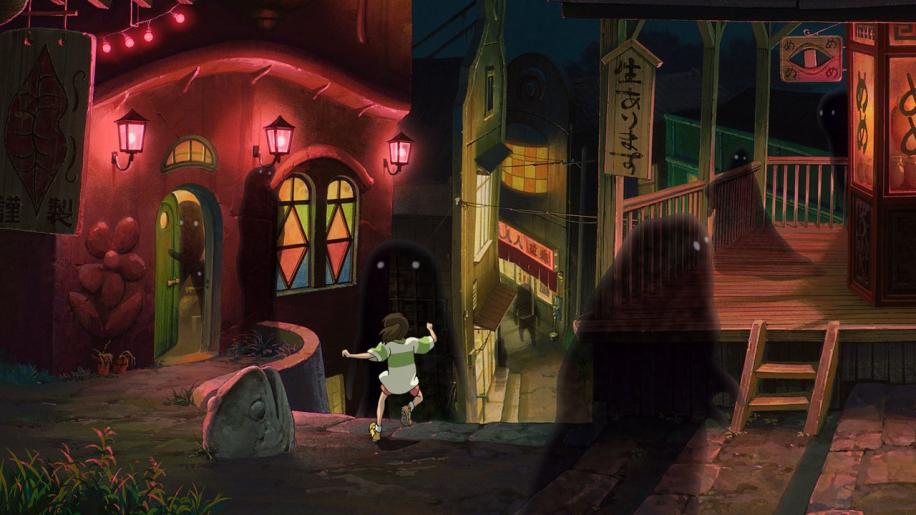 Framed at 2.01:1 and anamorphically enhanced for 16:9 sets the picture is clear and the colours are vivid without much trace of crawl, macroblocking or edge enhancement. One thing to note is that the slightly unusual, for DVD releases at least, aspect ratio does mean a small amount of window boxing is evident. Depending on your display a small black “frame” may be visible around the movie. How much of this you will see will depend on the level of overscan your display uses. The only issue here is that this does appear to be a film print and not taken from the digital master, (which I believe the region 3 original was). This does bring up a little film noise and minor print damage, which is a little disappointing for such a recent and digitally oriented production. However this should not distract from what is a beautifully animated movie. The DVD offers you the choice of either the original Japanese soundtrack, (with switchable English subtitles or captions for the hard of hearing), or a very well produced English soundtrack both of which are in Dolby Digital 5.1. A French Dolby Digital 2.0 track is also available. Although a little front heavy, it is a very nicely mixed soundstage and adds to the visuals helping to envelop you in the movies weird world. There are some beautifully subtle points in both mixes with wind whistling around the rear channels and an extremely realistic rainstorm that sounds as though it is passing through your room. The mix will also give your subwoofer a workout as both the giant baby and some other occupants of the spirit world can produce thunderous footfalls. Apart from an introduction by Pixars John Lasseter, (who produced the US edition of the Movie after being stunned by the original in Japan), we have a series of “sneak peaks”, i.e. promo reels, for 7 other movies which last for well over 40 minutes if you really want to sit through them. Although mercifully, Disney have now added the option to jump straight to the menu and don't enforce watching.

Closing off the first disk is “The Art Of Spirited Away”. This is a reasonably interesting feature showing the storyboarding of the movie and the translation process that took place for the very good English language dub. It is a shame though that this feature and the endless previews, (only a couple of which are relevant to this release such as Miyazaki's “Castle In The Sky”), could not have been shunted onto disk 2 to maximise the available space and so increase picture quality of the main movie.

The second disk in this release carries the bulk of the extras. On offer here are “Behind The Microphone” which reveals the work that went into casting the and the work that took place to produce the English dubbed version. By far the best extra on this disk is “The Nippon Television Special” which is wonderfully in depth. Featuring Miyazaki himself, the feature follows the production of the film from discussions on the creation of the story; extensive auditions for the original vocal talent right through to production. If nothing else when you see the work put in to cast the original version you may think about selecting the Japanese language version the next time you watch the movie.

“Storyboard-to-scene comparison” allows you to use the dvd angle button to switch between the original storyboards and the final version as seen in the movie. Interestingly you can run the scenes using either the original Japanese soundtrack or the English dub.

Closing off the extras are a number of original Japanese trailers all of which are very good quality with no dirt or print damage, (as you would expect for a movie of this age with a digital origin). A fantastic yarn. Buy it either because you already love the genre or Miyazaki's work or even as an introduction to Anime. Its beautiful, involving and generally a great movie. Just don't forget to give the Japanese soundtrack at least one run.