Forget Best Animated Feature, this had more reason to be up for Best Picture than Black Panther 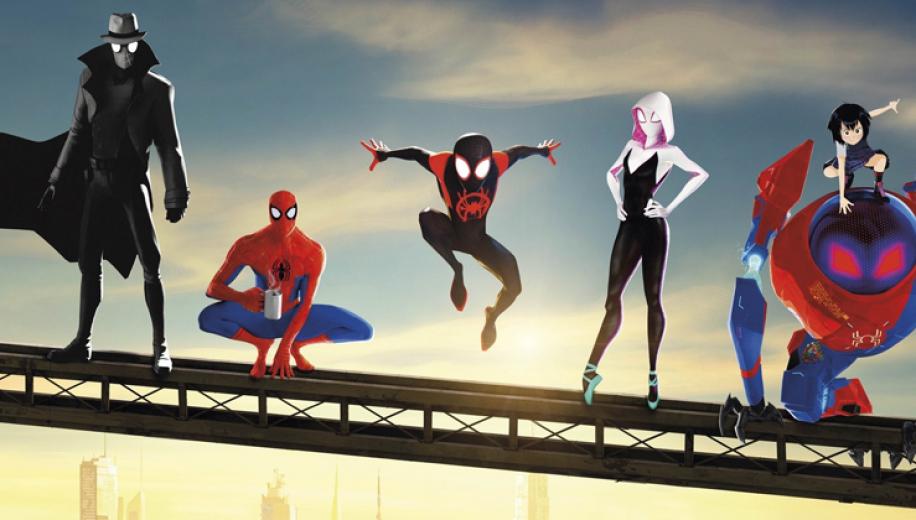 Spider-Man: Into the Spider-Verse Film Review

This Oscar-winning animation may well be a contender for the best Spider-Man film of all time.

Phil Lord and Chris Miller - who gave us the tremendous Lego Movie and its sequel, and might have given us a more memorable Solo prequel had they not been inauspiciously replaced by Ron Howard - put together this truly spectacular Spider-Man outing, enlisting a triumvirate of relatively new directors to helm the piece, but clearly instilling it with their now trademark brand.

Fast-paced and funny, meta and memorable, imaginative and unique, Spider-Man: Into the Spider-Verse goes big in its ambitions and delivers. After 15 years, 6 movies, and three different franchises - each with their own merits - nobody would have expected an animated feature to nail the colourful character. And nail Spider-Man it does, affording pathos, consequence, comedy and action, giving us a look at an entire multi-verse of Spider-Mans, across the decades, and in their many shapes and forms. Oh and it manages to squeeze in a great origin story too (well, actually, a half a dozen of them).

Teenage Miles Morales would have found his life complicated enough when he got bitten by a radioactive spider, but he barely has time to process it before he ends up meeting the real Spider-Man, battling a slew of villains and trying to stop Wilson Fisk from firing up a particle accelerator so that he can access alternate universes. Before long, Miles is face to face with an array of different Spider-Man personas from various universes - including Spider-Woman, Spider-Man Noir and the disillusioned Peter B. Parker - and has to figure out how to defeat Fisk and return everything to normal before his universe is ripped apart.


After 15 years, 6 movies, and three different franchises - each with their own merits - nobody would have expected an animated feature to nail the colourful character

Spider-Man: Into the Spider-Verse is a perfect example of a finely tuned piece, which actually succeeds in juggling the literally dozens of arcs and sub-arcs in its plot, fleshing out a multitude of characters, and delivering impact with a salvo of tremendous set pieces. The voice cast are amongst the best ever picked for an animated feature, with Shameik Moore making for a likeable protagonist, Hailee Steinfeld superb as Gwen Stacy, Nicholas Cage growling through his Spider-Man Noir role, whilst Jake Johnson somehow comes out as the most memorable of the lot, playing the disillusioned Peter B. Parker.

A bounty of recognisable cameos round out the numerous players, with the villains always an important part of the show and Spider-Verse's rendition of Wilson Fisk (played by Liev Schreiber) gives D'Onofrio's live-action Daredevil counterpart a run for his money, and both him and relatively less well known villain, Prowler, coming out as superior threats which give this colourful, fun and funny piece some serious menace right from the outset, enabling a firm backbone of tension to be maintained throughout.

It is hard to imagine a single fan of Spider-Man (who finally joined the Marvel fold in Civil War, albeit forged under the mentorship of Iron Man, and was given a more technological bent in Homecoming as a result) not getting on board this utterly fantastic ride, which adds audiovisual spectacle to its superb script and characterisations, and it remains not only one of the best Spider-Man movies ever made, but a contender for one of the best comic book movies of all time (which, even in 2018 alone, means hitting a pretty high benchmark), and, like Infinity War, surely a comic book superhero outing which deserved a shot at Best Picture a whole lot more than Black Panther. Absolutely unmissable.

Spider-Man: Into the Spider-Verse 4K Picture

Spider-Man: Into the Spider-Verse comes to UK Ultra HD Blu-ray courtesy of Sony (in association with Marvel) hot on the heels of their likely identical - and identically stunning - US copy.


A standout presentation that is utterly reference

Detail is excellent, with a striking animated style that looks fabulously textured like the pages of a comic book brought to life, with a wonderful depth of focus that is probably the closest we will get to a 3D 4K presentation. There's no holding back on the seemingly infinite nuances that have been lovingly added to this superb animation, bringing life to the particle accelerator, the various Spider-styles, and the staggeringly realised action setpieces.

The WCG and HDR implementation only further the 3D-esque pop, and it's here where the animated style really defies the 2K Digital Intermediate, providing how simplistic that label is, bringing unparalleled depth to the colours and tones - in particular, the reds, but also some wonderful neon purples and blues - and added levels of fine detail; all contributing to a standout presentation that distinguishes itself from the 1080p BD counterpart and is utterly reference.

Spider-Man: Into the Spider-Verse 4K Sound

The accompanying soundtrack is delivered with a fist-pumping Dolby Atmos mix that is also go-to reference, brimming with LFE potency, stunning effects coverage, and an outstanding score. This will likely end up being a go-to demo disc for many (notwithstanding the arrival of Captain America: The Winter Soldier on 4K the same day).

The witty dialogue gets keen prioritisation across the array, remaining clearly and coherently disseminated throughout, from the multitude of familiar actors that make up the largely ensemble piece. The score is suitably spectacular - and then some - with a fabulous theme (although Prowler's signature theme is as distinctive and immensely threatening) that provides the backbone to the feature, peppered with a slew of foot-stomping song tracks that only add to the wonderful flavour and style.

Effects are as bombastic as they come, with setpieces so expansive that they simply could not be realised in a live-action feature, sending trains hurtling around your living room as building-sized villains ground-pound the environment, characters whip across the screen, and particle colliders crack the universe(s) open. Never holding back on the surround usage, nor on the weighty LFE input - that growls along almost throughout - this is a fabulous track, and a nice little upgrade over the Blu-ray's DTS-HD Master Audio 7.1 mix.

Spider-Man: Into the Spider-Verse 4K Extras The 4K set comes packed to the brim with extra features, even though only two of them - the Audio Commentary and the Short Film featuring Spider-Ham - actually make it across to the 4K Ultra HD disc itself, with the remainder accessible only on the accompanying Blu-ray.


Packed to the brim with extra features

Alternate Universe Mode is basically an unfinished Alternate Cut of the movie (although the intermittent Commentary and occasional storyboarding give it more of an 'enhanced viewing' feel), running half an hour longer than the final cut, and positing similar story beats but occasionally significantly different arcs which would have certainly made for an interesting finished product. More of a curio in this state, it's still worth checking out.

A series of over half a dozen Featurettes comprise the majority of the rest of the extra features, looking at the multi-heroes, the slew of wonderfully realised villains, the concept of bringing all the universes together, the fabulous visual style, and the ensemble voice cast, as well as paying tribute to Stan Lee and offering a look at some of the Easter Eggs that you may have missed. Music videos and Previews round out the disc.

For this spectacular Spider-Man outing, we get a suitably spectacular Spider-Man 4K disc, with stunning reference video and audio, the latter of which is of the Dolby Atmos variety, as well as a bounty of extra features including an unfinished longer Alternate Cut. A great movie, and a great release. Highly recommended.