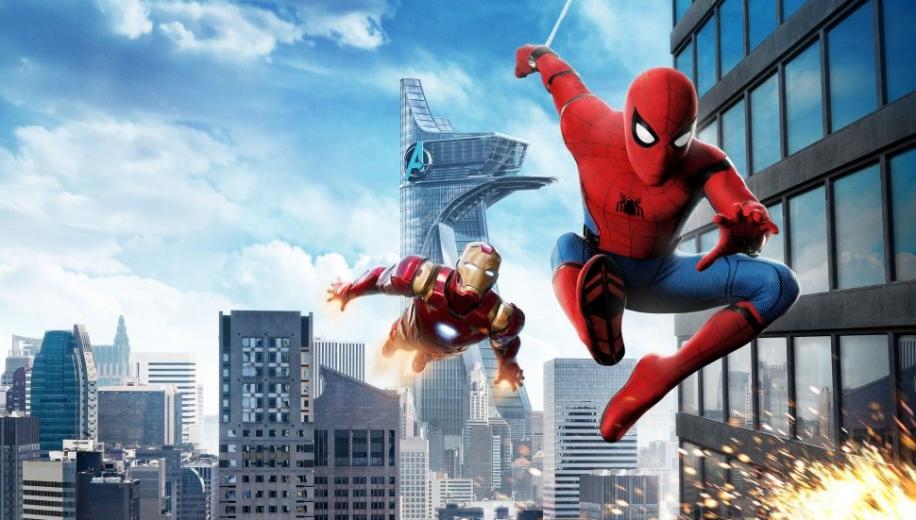 Burdened by the weight of sheer overkill, Spider-Man: Homecoming still manages to tell a fresh new story, with decent characters and a fluid integration into the larger Marvel Cinematic Universe.

Rather than just continue the story where Civil War left off (which, it also does), Spider-Man: Homecoming goes for broke with franchise lore, retrofitting half of the MCU - all the way back to the first Avengers (well, technically, Iron Man 2) - and planting the seeds that would grow into both Tom Holland's Spider-Man and his nemesis, Michael Keaton's The Vulture. The benefit to this is that not only does the new movie immediately feel a part of the grander pantheon, but also Keaton's excellently developed villain feels suitably rich in terms of backstory, moulded from the very same wreckage that was left behind after the Chitari invasion. With Holland's Parker bumbling along like the nerd he always was in the comics and trying to find his footing and/or webbing, Homecoming feels like a welcome John Hughes-style coming-of-age movie, only with a Marvel superhero twist.
At times feeling like Spider-Man by way of what-Iron-Man-would-have-been-like-as-a-teen (particularly the witty suit-girl banter), Homecoming certainly benefits from the boost of added star power (a little Downey Jr. goes a long way, and it's nice to get a hint of the state of play post-Civil War) but it also doesn't rely upon that, instead forging its own path as a fun, fast-paced and well-executed solo outing that very prominently has Holland and Keaton centre-stage. For good or bad, it is a true MCU chapter - struck from the same mold as the rest - and likely the sequel(s) will be too, but thankfully it's also got its own John Hughes identity, and whilst the echoes of five previous Spider-Man movies will take a while to die down, hopefully it won't be long before audiences feel that this is the version of their friendly neighbourhood webslinger that really fits.

The film was shot digitally at 2.8K, but capped at 2K by its Digital Intermediate, which is fairly standard for effects-laden blockbusters of this nature, and the end result is spectacular but still remarkably safe, building on the strong foundation of its already near-perfect 1080p Blu-ray sibling to produce a more refined but only subtly improved upscaled 4K image, at least without assessing the benefits of its Dolby Vision enhancements.


A more refined but only subtly improved upscaled 4K image

There is some measure of uptick in detail, which brings you slightly better textures, and finer observations around key objects, with the improved shadow detail providing its own upgrade, as HDR - again implemented in a fairly respectful rather than grandstanding fashion - reforms the darker sequences to allow for a better gradation of whites and blacks, and brings more detail to the fore in the process.

Even the implementation of WCG is restrained, offering a richer red for the Spidey suit, but not a bright and vivid one, with no desperate intention to make the piece pop. Of course Chitari-fuelled weapons glow with more intensity, and the Iron Man suit (and even the nuances of the Spidey suit) likewise, with neons and energy-based objects still the go-to elements to showcase using WCG on an Ultra HD Blu-ray. Building off the excellent 1080p Blu-ray's presentation, this is certainly near-reference material.

The Ultra HD Blu-ray release of Spider-Man: Homecoming upgrades the DTS-HD MA 5.1 track on the standard Blu-ray to a fully fledged Dolby Atmos track, itself founded upon an outstanding, Dolby TrueHD 7.1 track which is every bit reference material itself.

Dialogue remains firmly prioritised across the frontal array, although the voice of Jennifer Connelly's suit-girl gets a broader range to almost put her in your ears. The score is suitably rousing, sweeping you through the action sequences and embracing the comedy moments without turning into farce, giving the surrounds plenty to do throughout and even carrying a little LFE weight. Of course it's the effects that best impress, as construction work rumbles through your living room, The Vulture's mechanical wings clang, and Spider-Man flips and whizzes across the screen. Explosions ring out, helicopters whup-whup overhead, and gunshots and energy weapons blast holes in your walls. There's a lot going on, and the audio track handles it all with precision and serious LFE punch. It's impressive, arguably as you would only expect, but after a couple of MCU entries which have been mixed a little low, it's nice to see this one pulling its weight.

The UK Ultra HD Blu-ray disc for Spider-Man: Homecoming doesn't sport much in the way of extras itself, with not even a Commentary to port over, although instead the Trivia Track gets ported over; the curiously fun Spidey Study Guide which is packed with little background tidbits into the webslinger. The majority of the reasonably decent extras remain on the accompanying Blu-ray, and are predominantly Featurette-based, each about 5-10 minutes in duration, with A Tangled Web spending some time focusing on the complicated part Spider-Man plays in the Marvel Universe and Aftermath dipping further into the integration of this film in the MCU; Searching for Spider-Man looking at the casting of the character, whilst The Vulture Takes Flight looks at the antagonist and his casting; Jon Watts: Head of the Class focusing on the director, whilst Pros and Cons of being Spider-Man has Holland briefly chatting about the role. There are also over a quarter of an hour of Deleted and Extended Scenes, a Gag Reel, and a slew of Captain America faux motivational segments, and the disc is rounded off by some Trailers and a Gallery.

If you're looking for a deluxe edition, Spider-Man: Homecoming comes in a variety of flavours, one of which even sports an expensive sculpture of Spidey and Vulture fighting, however the HMV-exclusive Steelbook edition of the 4K Ultra HD Blu-ray release is a decent alternative, if you can get along with the distinctly comic-book-style artwork seen below, and it also provides a 3D copy of the film and a bonus comic book to boot. The first in a planned trilogy which, Harry Potter style, is supposed to feature a different high school year with each successive instalment, this sixth movie featuring the webslinger is a great little homecoming. After all, this time round wasn't about getting the character right, or doing his origin over again, it was just about bringing him home to the Marvel Cinematic Universe.

The UK Ultra HD Blu-ray release of Spider-Man: Homecoming provides very good video and exceptional audio, as well as a decent selection of extras, although again remains another one of those rather subtle upgrades over the already excellent Blu-ray. Fans may want to consider HMV's steelbook edition, which also provides a 3D copy of the film, and fans will certainly want to pick up one version or another of this film to add to their MCU collection.