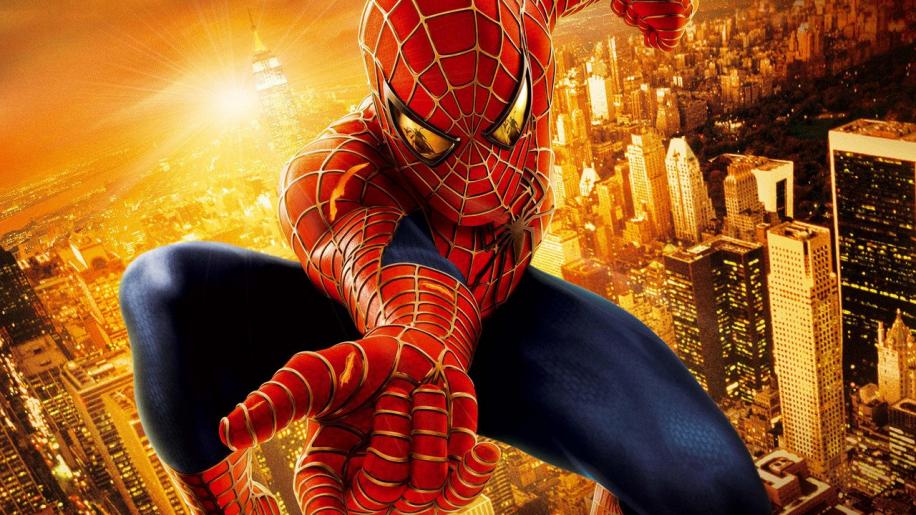 The anamorphic 1.85:1 image is packed full of fine detail, and the colours are so bold and vivid that they give the entire film an almost three-dimensional quality. What's even more amazing is that no matter how chaotic the cinematography accompanying Spidey swinging through New York, it doesn't trip up the disc at any point. The impressive picture quality is perfectly matched by the disc's Dolby Digital 5.1 mix. There is plenty of deep bass on offer, the dialogue is clear throughout and the spatial effects are perfectly placed (especially the creepy Goblin laugh, which has a tendency to creep up on you from behind and scare the crap out of you) and also suitably aggressive. Kicking off with Disc One, you'll find that the film is accompanied by a varied collection of extras. There are two commentaries on offer, one featuring Sam Raimi, co-producer Grant Curtis, producer Laura Ziskin and Kirsten Dunst, and the second (more technically focused) featuring input from animation director Anthony LaMolinara and visual effects supervisors John Dykstra and Scott Stokdyk.

Next up is a Spider-Sense option that allows you to branch out from the film at certain points to watch five featurettes (Spider-Wrangler, Bone Saw McGraw, The Model Maker, Designing the World of Spider-Man and The Prop Maker) that provide further information about particular aspects of the film's production. Then comes an optional set of pop-up trivia 'factoids' that appear throughout the film, filmographies, the trailer (not the Twin Towers teaser unfortunately), two music videos and ten TV spots. DVD-ROM material on this first disc includes weblinks, the chance to record your own commentary for the film and a comic book-to-film comparison.

Meanwhile, Disc Two offers up two sections, one focusing on the comic book, the other on the making of the film. The comic book section includes game hints, a 26-minute documentary on the evolution and appeal of Spider-Man, a gallery of key Spider-Man comic covers and events though the character's history, a rogue's gallery, a look at Spider-Man's love interests, and art galleries devoted to the design of Spider-Man, the Green Goblin and key locations in the film, and another showing the various comic artists' interpretations of the web-slinger.

Over in the movie section of the disc, you'll find a HBO Making of Spider-Man featurette, Spider-Mania, a 41-minute E! Entertainment Special, video profiles for Sam Raimi and composer Danny Elfman, screen tests for Tobey Maguire, JK Simmons and the CGI Spider-Man, costume and make-up tests and a gag/outtake reel. And for DVD-ROM material, this disc includes two playable levels from the PC Spider-Man game, weblinks, a screensaver and three Marvel dot.comics (Spider-Man: Blue #1, Spider-Man and the Black Cat: The Evil That Men Do #1 and Peter Parker: Spider-Man #44 - Return of the Goblin, Part One). A textbook example of how to transform an excellent film into a must-have DVD... now stop reading and go buy yourself a copy.