"You understand, my dear, that all you are is currency." 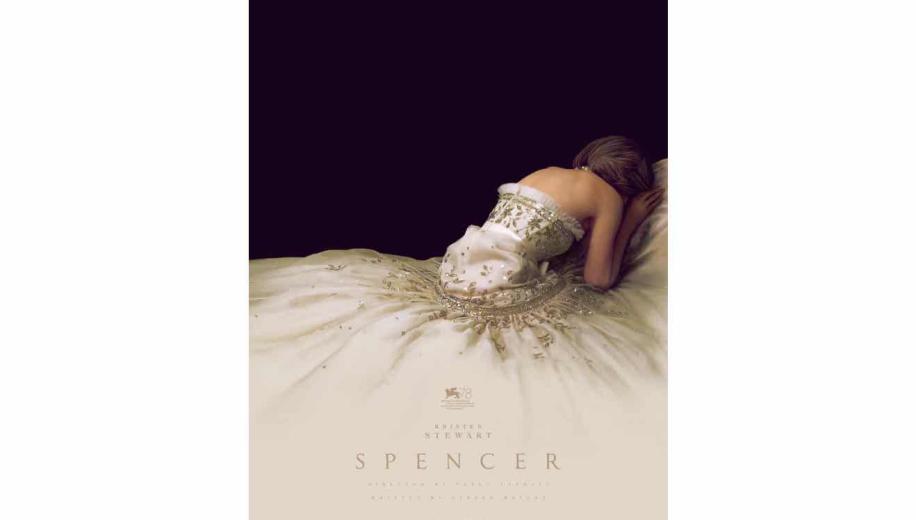 Kristen Stewart is outstanding in Pablo Larraín's second First Lady biopic after Jackie, here taking a richly fish-eyed look at isolation and mental illness in the land of the blindly privileged, and paying fitting tribute to a lost soul.

Released the eve of the 25th anniversary of the death of Diana, Princess of Wales, Spencer is a timely reminder of some surprisingly topical and relevant themes that persist to this day, both in terms of the Royals themselves, and in terms of the prioritisation of mental health in recent years, seemingly turning a leaf to decades of neglect and sweeping-under-the-carpet and, well, in this case, stiff-upper-lipped-ness. It's not conventionally structured, stylised or even acted, fictionalising its own seemingly narrow-scoped look at the latter days in Diana's tour of duty, but managing to evoke so much with so little, trading in raw emotion and a palpably authentic portrayal of simmering, repressed mental illness.

As the Royal family gather for Christmas, Diana finds herself increasingly suffocated by their coldness, their rules and persistently prying eyes. They don't appear to care for her, just for what damage she is doing to the brand, feeding her paranoia, mocking her eating disorders and slowly stripping away every iota of personal freedom she might still have.

Spencer isn't necessarily all that interested in hitting Diana milestones, or reminding you of key events in her life, instead keeping the vibe small and low-key, as she drives herself around in her Porsche, barely able to bring herself to attend the formal functions that represent everyday life for the Royals. Larraín isn't interesting in playing by the rules here, and doesn't even pretend to be enacting a model of true history, instead giving us a feeling, a vibe, and a shattering look at mental illness, neglected, repressed and side-lined in the stuffy, pretend universe which - at best - ignores it in favour of merely letting it fester and - at worst - provokes and triggers it like, as Diana at one point says, pulling legs off an insect.

Stewart is exceptional, having proven herself a very capable actress across a variety of features - she can steal the show in the otherwise generically trashy Charlie's Angels reboot, or command the equally trashy guilty pleasure survival sci-fi horror that is Underwater, but for every one of those, you always know she's got another Personal Shopper or Seberg in the tank, really surprising in the charming but also heartfelt The Happiest Season. She can do the full spectrum, and Spencer is just the pinnacle of what she can accomplish in a choice role, allowing her to throw herself heart and soul into a character to the point of being unrecognisable.

Whilst it takes a second to get used to the particular intonation and almost scatterbrained approach to the performance, there's some genuine raw emotion underneath the surface, made most heartbreaking during the scenes with Diana and her still-young children who see her mother unable to cope with the pressures both external and internal. The supporting cast are great too, Timothy Spall is a fabulous cold Major seemingly at the heart of manufacturing her self-destruction, whilst Sally Hawkins provides such a beacon of light in Diana's world that you almost think she might just be a figment of her imagination, which Larraín himself plays to wonderful effect.

Indeed, the whole production is unlike anything you might have previously seen from the Royals, which is not to shy away from the endearing richness of projects like The Crown, but that this is a much more intimate portrayal, at once rich in symbolism to the point of painting an almost surrealist portrait of the landscape, whilst also cutting to the core in a way that perhaps more mainstream projects (including Naomi Watts' own attempts years back) cannot possibly hope to do. Certainly not for everybody, fans of Larraín will find it another winner, and both fans and those not fond of Stewart should see her performance in this and be prepared to be wowed. It's the kind of performance - and film - that you'd actually like to see win a few Awards because you know full well that it's not in the least bit playing for them.

Spencer is in UK cinemas now and available on US digital download from 23rd November.