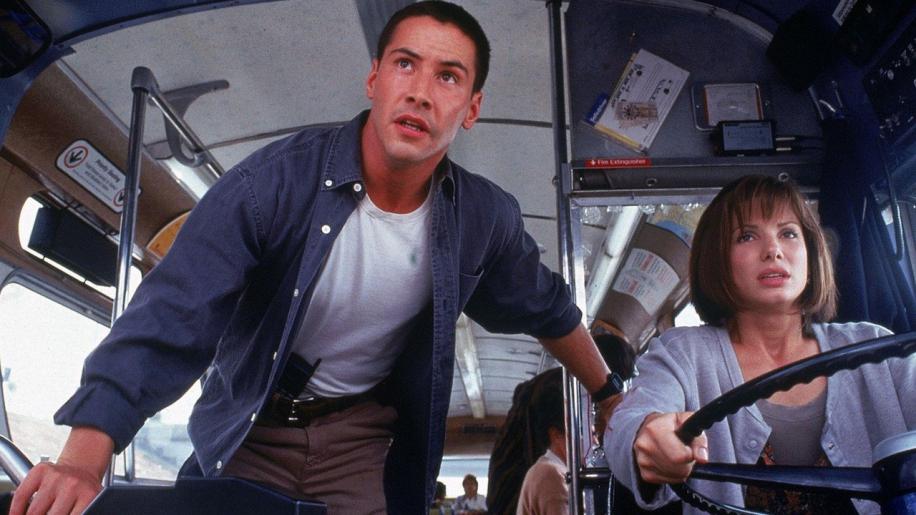 Presented in 2.35:1 anamorphic widescreen the print is free from any dirt or scratches and looks reasonably sharp. The colours are rich and well saturated producing a real blockbuster look which is free from blooming or bleed. Flesh tones look natural throughout with good detail present during close ups, pores and facial lines are present and correct. During the darker scenes there is plenty of shadow detail on display with blacks appearing solid.

There are a few occasions where the image appears to take a slightly soft look, mostly during wide shots although it never becomes to distracting. There where a few instances of edge enhancement also present but again nothing to spoil your enjoyment of the movie. Comparing this print against that on the R1 Five Star edition and the UK R2 set I was hard pressed to notice any real world differences, with the UK disc just looking a little bit crisper than the two NTSC editions. Overall this is a very good transfer.

Presented in both DTS and Dolby Digital 5.1 formats the soundtrack even for an early 90's movie is great fun. There are plenty of instances where the surrounds and LFE channel are used to great effect with some over the top sound mixing. As the bus races through the L.A. streets with helicopters flying above, the sound engineers have fun with panning sounds from the rotor blades front and rear along with over the top whooshes of the bus speeding past the camera. The score is also well used throughout and dialogue remains intelligible at all times.

Something which did bother me with the DTS track present on this disc was lip sync, again the audio wanders away on its own making the film seem like a badly dubbed Asian action film. And there appears to be a problem with over the top LFE usage, even when cars pass they feel like 50 ton Lorries. Switching to the Dolby track fixes the Lip sync problems but again the movie has over whelming bass at times. Changing to the R1 and UK R2 discs exhibits the same problems with LFE, but only the R1 suffers the same lip sync problems, the R2 UK disc appears to play properly. This is the second Ultimate Edition disc which has displayed problems with its DTS track, when will they do something about it?

What we are given here is a feature packed two disc edition. On disc 1 we have two audio commentaries, one with Director Jan DeBont and the other with the producer and writer. Both are interesting providing plenty of behind the scenes information and a perspective of how the movie came to be and the important decisions made.

Moving onto disc 2 the extras are split into different sections, the first being called “Inside Speed”. In this area are three featurettes on special effects, Action scenes and the buses used in production as well as the original screenplay and storyboard galleries in Japanese text. Moving on we have the “Action Sequences” which includes featurettes on the bus jump, the subway chase and multi angle storyboards and stunts. Also included are a making of feature introduced by Dennis Hopper, Interviews with cast and crew, extended scenes, music video, image galleries as well as trailer and TV spots. All very good features and all in English with subtitles apart from the text features which are in Japanese.

Speed is a fun action thriller presented here with good sound and visuals and a host of interesting extras. The set here has the same extras as the R1 Five Star Edition & R2 UK edition including the DTS soundtrack, the Japanese edition has some fantastic packaging, so the choice is yours.