Is this the new thing? Making established heroes and villains somehow 'related'? 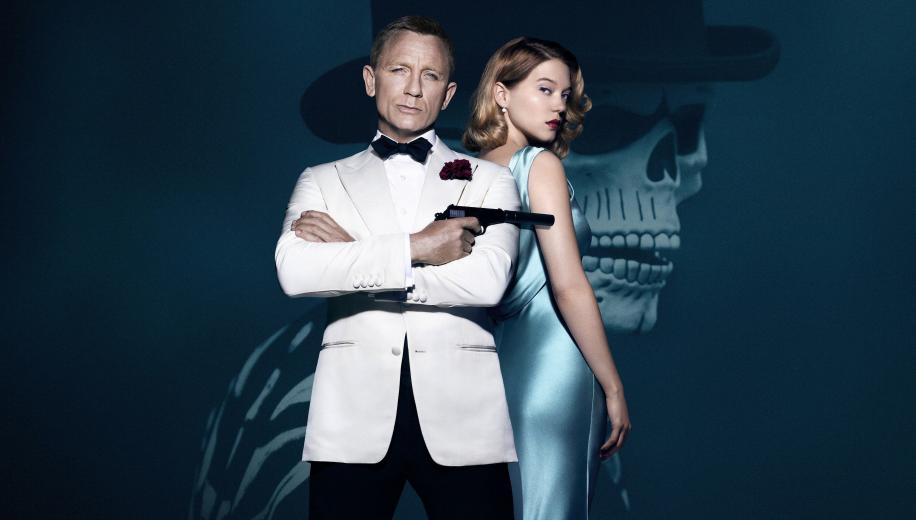 Unnecessarily contriving to tie up all of the Craig films in a pretty bow, along with Bond's childhood too for good measure, the damage of Spectre will take some work to undo.

Craig had a good run up until this movie. Casino Royale was a tremendous debut, one of the best Bond films of all time, and - watched back-to-back - Quantum of Solace is a surprisingly effective action finale to the story. Love for Skyfall has always been in question but, for many, it cemented Craig in the classic role. But Spectre sought to bring it all home in a package centred on Bond's arch-nemesis Blofeld, returning to the franchise 'officially' for the first time in decades (since 1971's Diamonds Are Forever) and now apparently the cause of everything that ever happened to Bond ever since Casino Royale. It's a terrible script, desperately tying in plots that have no need to be tied together, and were simply never designed this way, undermining the importance of the death of Bond's love, Vesper Lynd, the motivations of the confrontation with his spy-gone-wrong antagonist in Skyfall, and suggesting that this grand scheme was predicated on an impossible knowledge that Bond would somehow always win against all of these impossible odds - and not die along the way (but, conveniently, all of the right people would die). It's a stupid plan. And why? Because daddy treated him better than me.

Whilst Quantum of Solace doesn't work as any kind of solo Bond film whatsoever, it's an immaculately conceived direct sequel to Casino Royale, perfectly tying up the events in that with a grander scheme - and organisation, Quantum - that worked logically and thematically. But, hang on, Quantum was just a part of a bigger organisation, Spectre, run by one guy who can't afford socks.


It's a terrible script, desperately tying in plots that have no need to be tied together

There's plenty that could have worked but unfortunately doesn't. The spectacular single-take-style Day of the Dead prologue ends up being just plain silly (at least Roger Moore's Bond had the good decency to have aerial 'fights' far from populated areas), the car chase is possibly the least tense of the entire series, and is utterly anti-climactic, the plane vs. vehicle convoy chase makes no sense even in a Bond film, and perhaps only the Spy Who Loved Me tribute train fight affords some measure of impact, with Dave Bautista providing a powerhouse henchman for Bond to tackle.

And that's all before Christoph Waltz's ineffective Blofeld arrives on the scene to pose absolutely zero threat (did any of his torture actually have the effect he described?), and somehow find the time to plaster pictures of a Casino Royale-era Bond all over the shell of a blown-up MI6 building, and face off against Bond in the least impressive fashion ever.

Despite all of this, Craig is still clearly trying his best to be the same gritty Bond we've watched in the last three films, even when the stunning Monica Bellucci is randomly melting at his feet for no apparent reason other than... Bond, and even then he's called upon to date his daughter - sorry, the daughter of his nemesis from the first two films - who happens to have zero personality and shares no chemistry with him. And Ralph Fiennes gets some choice scenes too. But, unfortunately, that's about it. In some ways, it's good that this isn't the end of Craig's era, but it'll take some work to undo the unnecessarily retroactive damage done here.


Spectre hits UK 4K Ultra HD Blu-ray as the final part of a hilariously unfinished Daniel Craig 4K "Collection", and is the second of the two entries that has a full 4K Digital Intermediate, even though it returns to traditional film and has neither the clean digitally perfect look of its predecessor nor - perhaps more importantly - the utterly stunning lensing of Roger Deakins.


A presentation that is still demo, even if it isn't Deakins

Considerably better than both Casino Royale 4K and Quantum of Solace 4K, Spectre is still a slight step down from the majesty of Skyfall 4K. Detail is very pleasing but it’s hard not to yearn for the sheer perfection that came before, with the shot-on film texture affording a wonderfully rich palette, but one which is also that little bit more hazy than before. Clarity is very good, but the Blu-ray was already largely demo, so Spectre has an uphill struggle distinguishing itself on pure pixels alone.

Whilst nowhere near as heavily processed as its predecessors, Spectre still has a very steely look, often cold and monochromatic (even when it goes for sepia tones in the burnt Mexico City rather than straight black and white that it enjoys in Austria). Thankfully HDR and WCG, as well as Dolby Vision, still manage to afford some more striking flourishes - the drifting ride across the lake towards the snow-capped mountains is now pretty damn special, the explosions post-resort ignite the screen, and even the running lights on the plane are intense; there are some rich night oranges in Rome and the explosions of the desert base look suitably stunning too. Shadow levels are superior, with rich black levels giving it a superb backdrop, rounding out a presentation that is still demo, even if it isn't Deakins.


In some ways, it's good that this isn't the end of Craig's era, but it'll take some work to undo the unnecessarily retroactive damage done here
As Tom Cruise's Mission: Impossible simply went from strength to strength across Ghost Protocol, Rogue Nation and last year's stunning Fallout, Daniel Craig's Bond run just crashed and burned with this unnecessarily convoluted attempt to do something that - ironically - Cruise's series managed much more organically: here trying to tie in the already-complete stories of Casino Royale and Quantum of Solace, as well as the standalone Skyfall, in one complete package with an overlord pulling the strings over all of it and thus devaluing much of what happened in those movies. It's insulting, but at least the 4K bow is fairly impressive, with a commendable second full fat 4K release that looks the part, and a stomping audio track - the same one as on the preceding Blu-ray, It's not a strong selling point in the set, really, and given the fact that the set won't actually be a complete Craig 007 Collection until No Time to Die is added, the three preceding movies may have been served better by its omission from this package.