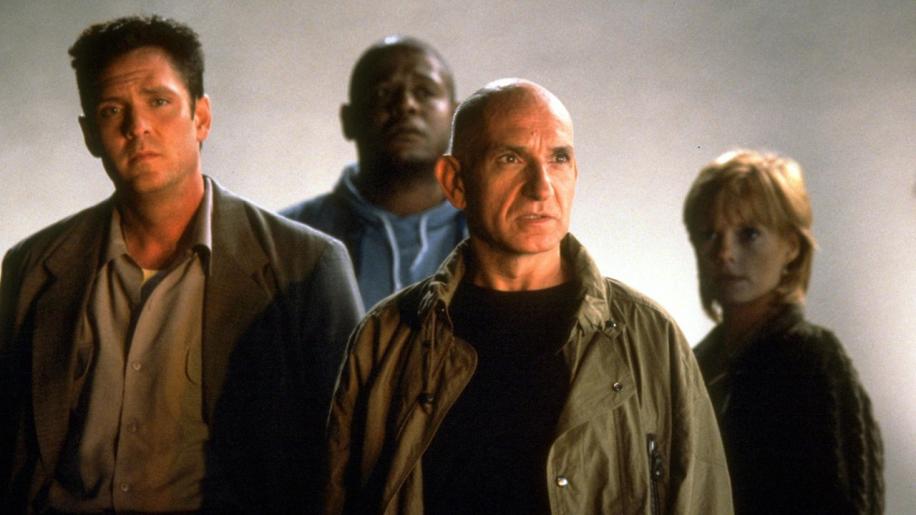 This released edition of Species states on the back cover that it's a “High Definition Film Transfer”, and as far as today's standards are concerned - Species is 10 years old after all - it holds up very well indeed.

Colours and fleshtones are rendered well, with a good level of detail and only a little edge enhancement on show. Blacks are, for the most part, solid and again hold reasonable detail, and compression artefacts were visible only in the briefest moments. The transfer isn't the sharpest around but edges are reasonably defined, there is just a hint of softness on a few scenes.

Overall a worthy video transfer for a movie a decade old.

Presented here in 448kbps Dolby Digital, and the for the first time in 768kbps DTS, the soundtrack is a reasonable one which will give any system a good workout. Dialogue is always clear and crisp, and there's a good, solid soundstage created across the front. Effects are suitably placed in the rear channels - listen to those helicopters - and though they aren't as active as many of the soundtracks we hear today, it's nevertheless a competent mix.

Bass is used appropriately, though there's nothing here that will stretch the big subwoofers out there. The thumping of the helicopters is deep and weighty, and explosions carry bass as required: gunshots are a little on the light side, but this is consistent with my old NTSC laserdisc pressing.

There are few audible differences between DTS and Dolby Digital; switching on the fly, there's perhaps a little more use of the LFE channel, but surround effects and the front soundstage remain the same. Worth buying just for the DTS? Not in any way.

Surprisingly - for this is a re-release - the extras are rather light on the ground. The main highlights are two audio commentaries: one with the director, Michael Madsen and Natasha Henstridge which is an unstructured affair, and although voices are appropriately placed - each participant's voice comes from a specific channel each time they speak - there's little here to hold your attention (they spend the first 10 minutes Henstridge how good an actress she is).

The second audio commentary - the director, producer and visual effects supervisor - is more structured and contains a lot more technical information. But the delivery is rather poor in places, with several gaps where it's clear they're not sure what to say next. Missable.

The only other extras are a 5 minute sneak peek at Species III (and that's a straight to DVD movie if ever I saw one), and the original theatrical trailer for Species, in Dolby 2.0.

Overall this is a disappointing assortment of extras. Light in quantity, light in weight, it shows little effort has gone into this edition.

If you like B-Movies, if you like them dumb, and if you want to see Natasha Henstridge in the buff, then this is the movie for you. Otherwise you'd be well to seek your entertainment elsewhere. If you don't own the original DVD then this may be worth buying, but not if you already have it in your collection.