Despite the agro on set, the film is epic 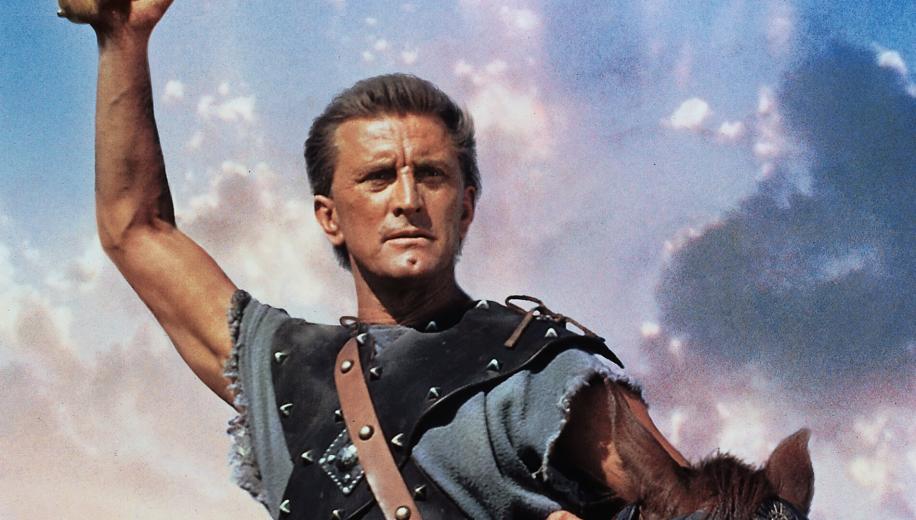 Death is the only freedom a slave knows. That's why he's not afraid of it. That's why we'll win.

Of the all-time great movie quotable lines, “I’m Spartacus” ranks up there with, “May the Force be with you” as the most well-known. Amazing to think then, if you believe the stories, that director Stanley Kubrick never wanted to include it in his version! The trouble and strife of the production of Spartacus is well documented; star and producer, Kirk Douglas, fired original director Anthony Mann, and brought in Kubrick as replacement, it marked his only ‘for hire’ directorship without final creative cut and the negative experience meant that from then on he would always have full creative control on any film he helmed; it’s one of the reasons the film doesn’t look or feel like a Kubrick picture. In fact, it is far more a star vehicle for Douglas, whose Hollywood clout in the late fifties / early sixties allowed him such luxuries. The tension and arguing on set regarding script, emphasis and look was difficult for everyone involved, even the actors weighed in. But the result, despite all this, was something special.

Sorry, what was your name?

The film tells the true story of, Spartacus, a slave forced into being a gladiator, who rebelled against his Roman captors, and whose uprising was quelled in quite spectacular fashion by the Roman army, who could not stand to have such insurrection tolerated. As with most biopics there is liberty taken with fact, indeed the short lived but outrageously good Starz TV show of the same name was, despite its outlandish nature, far closer to the truth of the character and historical events, eclipsing the film version. But what it does have is an epic quality; matching raw star presence with political machinations and intrigue, stellar big screen talent in the likes of Laurence Olivier, Jean Simmons, Charles Laughton, Peter Ustinov and Tony Curtis, and Kubrick’s eye for spectacle, even winning an Academy Award for cinematography, though not in his name (another quarrel).

There is much to admire, even if the story has now become cliché; Douglas is the star of the show, he leads with a force of will, even if is character is actually pretty weak, the raft of acting talent gives it their all; the political double dealing almost steals the show, if it were not for the climactic battle scene which was grandiose beyond scale. Its length allows growth of the characters and the narrative has time to breathe and expand, while keeping a firm pace without any lulls. Spartacus is all this and more; incredible considering it was a spite film made by Douglas who didn’t get the Ben-Hur lead!

Spartacus was shot using Technirama Delrama Anamorphic and Technirama/Super Technirama 70 cameras 35mm film, with this release being based on the extensive restoration for the 55th Anniversary 6K scan, indeed the print even has those credits after the film ends. The disc presents a native 3840 x 2160p resolution image in the widescreen 2.20:1 aspect ratio, and uses 10-bit video depth, High Dynamic Range with both HRD10+ and Dolby Vision, a Wide Colour Gamut (WCG) and is encoded using the HEVC (H.265) codec. We reviewed the Region Free UK Ultra HD Blu-ray release of Spartacus on a Panasonic 65DX902B Ultra HD 4K TV with a Panasonic DP-UB450 Dolby Vision HDR10+ 4K Ultra HD Blu-ray player.

The 2015 Blu-ray was sensational, restoring Spartacus to its original splendour, and this 4K version not only builds on it, but eclipses it. Detail is keen throughout, Douglas’ chin cleft has never looked so deep, skin texture in general is great, clothing weaves are prevalent, epic landscapes are lush while close up detail, such as wood grain, or décor are perfect. Check out the mines at the beginning, how defined the rocks are, the sand of the gladiator training ground, the grasslands of the battlefield; how defined the army of slaves is, how gleaming the Roman army stands; terrific stuff.

The WCG and HDR really add to the image and push it far beyond anything Blu-ray can achieve; check out the deep reds of the Roman cloaks, how rich the blood splatter is, the depth of blue of the skies, or how lush the green landscape can be. Flesh tones are mostly bronze, but then they are meant to be, except Simmons! Fire, especially during the battle, is ﻿hot﻿, but curiously, in tents or as candles is far lighter in its orange.

Black level is deep and strong, there is a wonderful depth to the frame, while the white scale really pushes the picture. Check out the highlights such as the glint of sun on metal or the shields of the Roman army as it marches towards the battlefield, which is something else, while the white togas of the senators never clips.

Digitally there are no compression issues, and the source has cleaned up beautifully, and it retains a wonderful grain structure that gives a beautiful filmic presentation. Stunning.

The DTS:X surround track opens up the surround environment wonderfully; the opening overture, with its separation of instruments is sublime – there is a depth to the score, this is true throughout the film, indeed you could argue that the music gets the lion’s share of 3D space, with bass notes holding the ground while strings dominate the height. Effects are well realised, with the climactic battle sequence really pulling out the stops to place you in the centre of the action. Surround and overhead channels are used extensively to create a sense of environment, whether that is during a thunderstorm, in the halls of the Senate or in the battlefield.

Dialogue is given plenty of directionality, both left and right, as well as front and back, while maintaining a good position in the mix – save one area, when Herbert Lom first meets Spartacus in his tent to broker a deal for the ships, when they stand at the tent entrance, with it storming outside, their dialogue is quite low in the mix, might be deliberate to give a deafening note to the storm, but it is at odds with the rest of the track which is always audible. (I also found early dialogue, in the mines, a bit front heavy as well). Bass is tight and controlled, adding weight to horse hooves, thunder cracks and army clashes, while LF effects themselves are somewhat limited.

All the extras have been previously available, and all are on the UHD.

I Am Spartacus: A Conversation with Kirk Douglas – 9 minutes with Kirk looking like the grim reaper.

Restoring Spartacus – 9 minutes on the extensive work done for the 2015 Blu-ray release.

Behind the Scenes Footage – 5 minutes of sword fighting rehearsals.

While Spartacus did have a troubled production, especially during filming, the result has stood the test of time. While Stanley Kubrick was the director, he didn’t have full creative control, and producer/star, Kirk Douglas, made sure he was front and centre; even though it was loaded with acting talent. The story, clichéd as it now might seem, was fresh and epic in 1960, and with Kubrick’s eye and direction went on to win numerous awards, including Oscars. It is bold, brash and thoroughly entertaining, although probably best known for the line, “I’m Spartacus”.

As a 4K UHD set, the package from Universal is pretty good; the native 4K picture is based on the 2015 fully restored version; it is well detailed and has rich, lustrous colours with strong blacks and defiant whites, easily besting the Blu-ray. While the updated DTS:X surround track is well layered and produces a vibrant surround environment with good bass. Even though this is labelled as a 60th Anniversary set, there is nothing new to the extras, which have all been seen before.