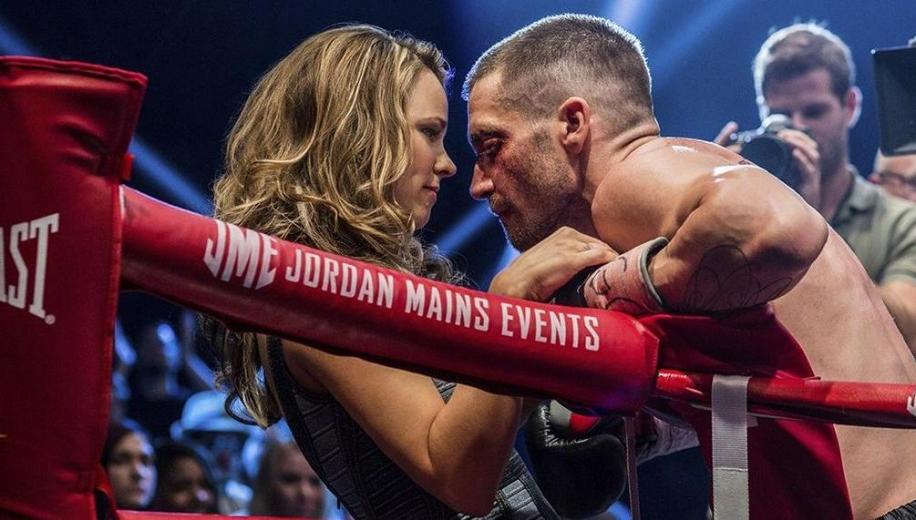 Although the path may be a somewhat familiar one, Fuqua brings his A-game to this character piece that provides as much heartfelt drama outside of the ring as it does blisteringly brutal blows within. Drawing understandable comparisons to Stallone’s Rocky (also a lefty), Southpaw’s heart and soul actually more closely channels the underrated Tom Hardy/Joel Edgerton brothers-in-conflict piece Warrior, at times coming close to achieving the same kind of dramatic and lyrical perfection, and boasting dazzling visuals within the ring, and raw street-level grit outside, backed up by one of the last memorable scores from the late composer James Horner. The story – originally written as a companion-piece to Eminem’s 8-Mile, charting his life through a boxing analogy – follows Gyllenhaal’s undefeated boxing champ Billy Hope who, in an Incredible Hulk-style, often finds the source of his strength to beat opponents coming in direct proportion to the damage that he must first take. When tragedy strikes, however, he loses everything in a heartbeat and hits rock bottom, finding that he has to fight harder than ever before to get it back.
Occasionally distracted by the slick action he so skilfully captures, director Antoine Fuqua’s film history is an eclectic mix of strong action thrillers (Olympus Has Fallen, The Equalizer) and more dramatically interesting character pieces (Brooklyn’s Finest, Training Day). Here he brings out another strikingly intense performance from the increasingly compelling Jake Gyllenhaal, following up (and making a surprisingly good companion piece to) the actor’s similarly driven Nightcrawler. Solid support comes from all corners, from Rachel McAdams to even Naomie Harris – dropping Moneypenny’s clumsy gags in favour of actual acting – and from the always-reliable Forest Whittaker to even 50 Cent, whose false veneer actually works here in his role as a manipulative boxing promoter. Even an unrecognisable Rita Ora manages to avoid playing her sassy cockney London self again and get into character for her brief cameo. Certainly Fuqua brings the best out of his cast, and gets the most out of a tried-and-tested story which is strong enough to still draw you in and grip you to the end, no matter how familiar the path it takes.

The 1080p/24 AVC-encoded High Definition video presentation offers strong detail and stylish visuals, with plenty of dazzling spotlights and vibrant primaries on offer. At least ring-side. Outside of the ring, around the darker parts of town, Fuqua’s images take on a grittier edge, although skin textures, clothing weaves and background intricacies prevail throughout almost every environment. Black levels are strong and rich, allowing for dark and deep night sequences, and impressive shadow detail, and the fight sequences are brutally realistic, promoting every bloody detail. But for a few softer-edged shots which don’t quite retain the same precise focus as the rest, and a few blacks which aren’t quite matched up as inky-deep as the rest, this is an otherwise excellent video presentation.

The accompanying DTS-HD Master Audio 5.1 track is a feverish, furious and intense affair.

Even more impressive than the video, the audio overwhelms and engulfs you with an emotional rollercoaster ride that carries you through the highs and lows of the dramatic affair. The opening fight sequence boasts brutally authentic body blows and bloody head shots, and surrounds you with the roar of the crowd, spreading like wildfire across the surround array. A suitably engaging score pervades the piece, remaining present behind the scenes, whilst the LFE channel gives depth to both that and the effects. Dialogue rises above the rest of the material, no matter how loud the crowd, dominating the front and centre channels where appropriate. Overall this is a punchy, precise and exciting track that sounds excellent. On the extras front the release provides a decent enough selection, headlined by a 22 minute Making-of Documentary which has the director, cast and crew looking behind the piece at its inspiration, at its depiction of boxing, and at the story, as well as the fight training and filming. A 19 minute Q & A with the cast has all of the lead players on board for a chat - from Gyllenhaal to McAdams, from 50 Cent to the little girl, Oona Lawrence. A 4 minute Training Montage looks at Gyllenhaal preparing, whilst we get a further 20 minutes of Deleted Footage worth checking out. The disc is rounded off by a series of Trailers that play on startup.


A solid selection of extras rounds out the package.

For collectors, there's also an HMV-exclusive Steelbook release with a solid design that is in-line with the style of the material. It takes a great shot of Gyllenhaal's bloody, bleeding, teeth-clenched head for the cover - without any text, which is a great decision - with a nice textless shot of Gyllenhaal and McAdams on the back. Both are provided in a gritty, intentionally scratched-up matte, which again arguably suits the piece, and the title is only present running down the spine. Nice.

Part-Rocky, part-Warrior, the path may be familiar but the performances elevate this to compelling boxing drama.

The Region B release of Southpaw brings us superb video and outstanding audio, as well as a nice selection of extra features, making for a great package for fans of the film, and a solid blind buy for those interested in a decent character drama with strong performances.