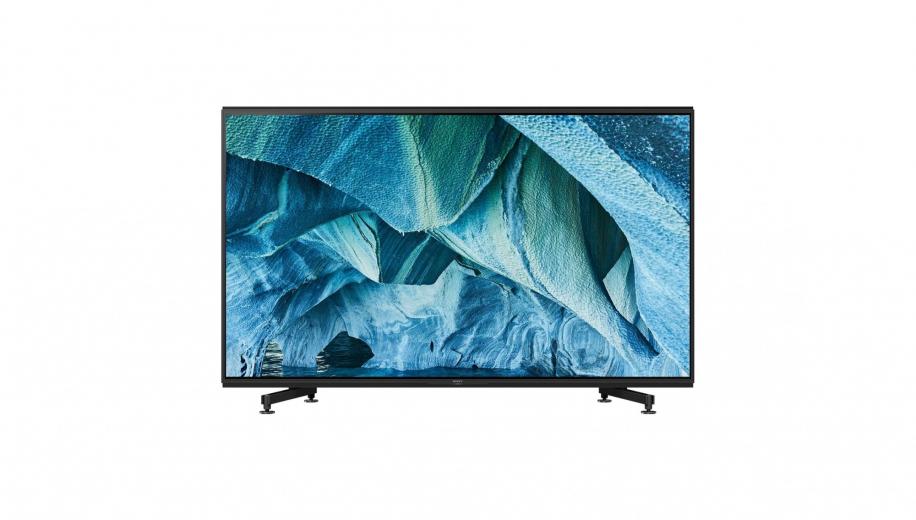 The Sony KD-85ZG9 is the company's first 85-inch Master Series 8K (7680 x 4320) LCD TV, which uses a full array LED backlight and local dimming. There is also a 98-inch version available, and both will be updated to HDMI 2.1 to allow 8K to be delivered via HDMI.

The ZG9 utilises a proprietary algorithm based on the X1 Ultimate picture processor, which has been optimised to handle the 33 million pixels of 8K and enable the newly developed 8K X-Reality PRO to upscale any content closer to true 8K picture quality using a new, dedicated 8K database.

The Sony also features X-Wide Angle to ensure the picture retains its quality and true colours regardless of the viewing angle by reducing colour shifts when viewing the screen off-axis. There's also X-Motion Clarity, which minimises motion blur without sacrificing screen brightness.

There are dedicated 8K technologies in the 85ZG9 such as a Backlight Master Drive with full-array local dimming and 8K X-tended Dynamic Range PRO. The latter uses the saved energy to intelligently boost the brightness in the areas where it needs to be boosted, which is especially useful with High Dynamic Range – the ZG9 supports both HDR10 and Dolby Vision.

The ZG9 uses Sony's experience with the Acoustic Surface Audio its OLED TVs with the concept of Acoustic Multi-Audio, which utilises four front-facing speakers; two on the bottom and two on the top – to deliver a faithful sound position where sound comes from the screen, and not where the speaker is located. There's also a TV Centre Speaker Mode for those who have a home cinema setup, and support Dolby Atmos, which will be added via a future firmware update.

The ZG9 features a Netflix Calibrated Mode, and support for IMAX Enhanced. This is designed to deliver the viewing experience just as the creator intended, with IMAX Enhanced certified content including films such as Venom, Spider-Man: Homecoming and Jumanji: Welcome to the Jungle will be available in the UK on select BRAVIA TVs via the RakutenTV streaming service later this year.

The Sony Android Smart TV platform utilises Google Assistant built-in, along with built-in microphones that will allow hands-free interaction. Viewers can simply talk to the TV using Google Assistant, but the TV will also work with Google Home or Amazon Echo devices. The AG9 will also be compatible with Apple AirPlay 2 and HomeKit.

Finally a new easy to control smart remote enables viewers to control their connected devices such as cable/satellite boxes, Blu-ray disc players, and game consoles without switching remote controllers. Also added to the smart remote is an RF so the TV can be controlled without pointing the remote. And a newly developed user interface brings seamless and quick access to favourite apps and settings.