Everything you could want except future-proofing 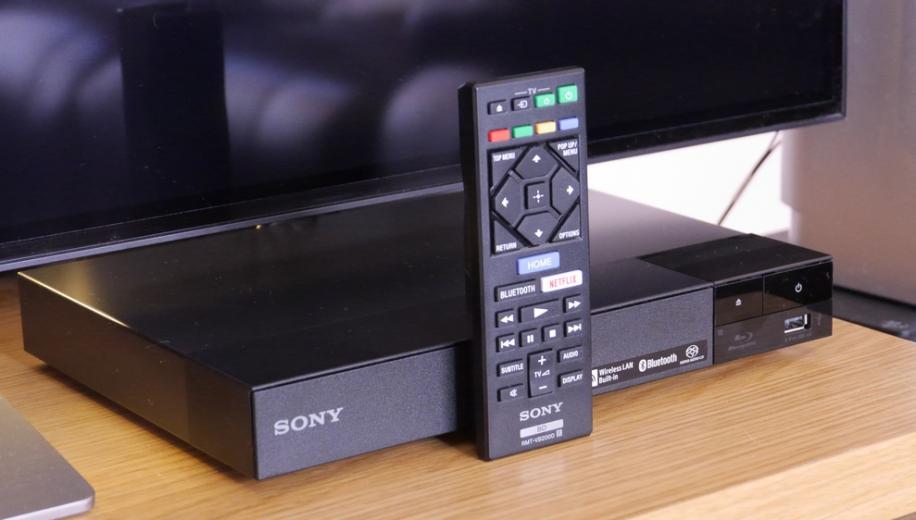 Well, we will start by telling you what the Sony BDP-S6700 is not. Surprisingly, given the manufacturer developed Blu-ray and is heavily involved in the 4K Ultra HD and HDR revolution, this is not a UHD Blu-ray player and nor, at the time of publishing (May 2016), does Sony have one scheduled for release. As things stand, Sony is not quite involved in every possible chain of 4K delivery so they have work to do in order to live up to the, ‘from lens to living room,’ tagline which presently doesn’t quite hold true. The BDP-S6700 does feature both 4K Ultra HD ‘upscaling’ and 3D support, although the former is of questionable value in most cases. Speaking of value, the suggested retail price of this Blu-ray Player is around £150, although it is already available at discount from online outlets. The BDP-S6700 sits below the premium UHP-H1 audio and video player and above both the BDP-S3700 - which lacks 4K scaling – and BDP-S1700 which additionally doesn’t have wireless capability. Let’s see where the BDP-S6700 stands in an increasingly confused marketplace.

As competition is so fierce in the Blu-ray player sector, it’s inevitable that corners will be cut in order to hit a certain price-point and so it is that the build quality of the BDP-S6700 isn’t of the highest quality. The thin, mostly metal casing is tinny and lightweight although the disc transport is quiet enough during playback; as usual, there’s some noise when searching through a disc but when sat 7-8 feet away, it didn’t disturb viewing. The overall design is typically minimalist with the tray loading mechanism popping out from behind a flap at the front, with power and eject buttons just to the right of that. There’s a USB input, used for media playback, just underneath those buttons while the rest of the connections are situated on a panel at the rear; they include an HDMI 1.4 output and a coaxial digital audio out, so no Toslink which is surprising but we guess most will use HDMI to their AV Receivers nowadays. There’s also a Fast Ethernet (100Mb) port and built-in, dual band 2.4/5Ghz Wi-Fi capability, which Sony claims as being ‘Super Wi-Fi’ on the box, which might come in handy for the many available streaming services. Like the casing of the player, itself, the supplied remote control is a bit lightweight but the design is well thought out with buttons that are sensibly positioned. There’s one dedicated to launching Netflix and another, new addition, which engages the Bluetooth pairing and playback. Other than that, it’s a standard set of buttons that perhaps could have benefited from the transport controls (Play, Rewind etc.) being more centrally placed.

The home screen of the BDP-S6700 looks more like a phone, tablet or PC than it does your traditional disc player. In fact, the disc playing ‘app’ is squirreled away right at the bottom of the screen, which is probably a sign of the times we live in. We did moan (a little) last year about some of the app icons looking a little low-res in the 2015 models but, thankfully, that seems to have been addressed. Most of the major video streaming services are present and correct, including BBC iPlayer, YouTube, Netflix, Amazon Instant Video, Wuaki and Demand 5 but there are many others, including Spotify and shortcuts to menu features. Like many of the Smart TV systems we see now, in case you hadn’t guessed, virtually everything is treated as an app and the approach is pretty successful; in fact, the TV department might want to take a leaf out that of the disc player's book as a lesson in simplicity.

One really good feature of the Smart Sony Blu-ray players is the ability to automatically detect and play network video at 24 frames per second (fps), which is the usual frame rate of movies and US blockbuster TV shows; most players will output these incorrectly which causes stuttering on panning shots. In fact, the BDP-S6700 can also pick up on 30 and 60 (and variants of) fps material, too, but is unable to pick up on that which is 25 or 50 so the likes of BBC iPlayer and anything on the streaming services calling for 50Hz output are not correctly displayed. If the plethora of apps available via the Sony interface isn’t enough, the S6700 also has access to the Opera TV store, allowing you to download even more. There’s not really anything there that tickles our fancies but your interests may vary so it’s worth a look. The BDP-S6700 is also able to interact with Sony’s very handy SideView app, although its application is a bit limited for a Blu-ray player. SideView’s biggest asset is it programme guide companion but that’s not needed here so you’re limited to using it as a network remote control. There is a pointer mode that helps with browser navigation but little else to get excited over other than being able to directly launch apps.

You would need a projector sized screen to see any noticeable difference in the scaling capabilities of the BDP-S6700 and the better Ultra HD TVs out there. Certainly when comparing test patterns played to a Sony KD-55XD93 via USB and from the BDP-S6700 itself, the two seemed identical, which is to say both were excellent at 1080p. When looking at 720p, and under, we would probably give the Blu-ray player the edge which would make it a good choice for some streamed video versus the built-in TV apps.

It would be something of a shock had the BDP-S6700 been anything other than a highly accomplished performer with Blu-ray disc of the Full HD flavour. In the default video mode, so no need to touch any settings for discs, there was no unnecessary or unwanted processing visible, just the information presented on the disc sent bit-perfect. Colour presentation proved identical to two other players (Samsung UBD-K8500/Panasonic BDT-310) connected to the TV at their optimal settings and it would be next to impossible to tell the difference between the scaling of the Samsung (Ultra HD) player against that of the Sony. We do have a few Ultra HD Blu-rays that show the BDP-S6700 how it should be done in 2016 but we’ll stop labouring that point, for now. Movies shot at 24p (23.976), which make up the vast majority of discs out there were flawlessly handled, as were those rarer 1080i60 (59.97) examples, of the S6700’s excellent video deinterlacing capabilities. There are also no problems with 3D video, provided you remember to enter the correct TV size in the picture menu; you might notice the depth of image looks wrong otherwise.

It’s here that the player's processing engine gets more of a workout. Sony has long had some of the best scaling algorithms in the TV industry and the BDP-S6700 maintains recent standards. We couldn’t say there was any major upgrade on the 2015 high-end players but that’s no bad thing. It can’t work wonders, if the DVD isn’t of the highest quality it’s not going to knock your socks off but if you’ve absolutely no choice but to watch standard definition (we’ll forgive you) a particularly well produced disc looks pretty good. Forgive us if we can’t get too excited by DVD any more.

As noted above, the BDP-S6700 can be set up to detect and play 24p content from all sources – including video streaming ones, like Netflix and Amazon, and it makes a difference. Compared to a lot of the dedicated network video streamers out there it’s definitely an upgrade – we’re looking at you Fire TV, Roku et al – as it helps maintain the filmic quality of the content (yes we know a lot is shot on video but you get the point) to see it output at a refresh rate matching the framerate it was intended to be viewed in. This quality, allied to the excellent scaling, makes the BDP-S6700 a very capable streamer in its own right. In terms of checking out the ‘Super Wi-Fi’ claims, the only data we could get was from an app in the Opera store which gave varied results. At best we were getting 21Mb/s, while at worst that came down to just under 8 Mb/s. That was with the BDP-S6700 two walls away from the router but we certainly had no problems with 1080p content so it would seem it’s ample, at least, if not demonstrably super.

Should I buy it?

If you have no immediate plans to join the Ultra HD Blu-ray revolution, there is virtually nothing to fault the Sony BDP-S6700 on. The compact and lightweight, mostly metal, casing doesn’t scream high-end player but, then again, it’s of sufficient quality to ensure there’s no unseemly noise during playback. Connectivity options should be sufficient for most with a single HDMI 1.4 port and a coaxial digital audio out taking care of video and audio output. There is also a USB connection to the front, for playing back photos, video and music or if wires are too passé for you, you can elect to use Bluetooth.

The user interface of the S6700 is all apps based and very easy to use. There’s access to all the most popular video streaming services, including YouTube, Netflix, Amazon and BBC iPlayer with the BDP-S6700 able to output proper film cadences from them, when required. Almost inevitably, the Sony was exemplary with disc based material with 2D and 3D video output perfectly and your old DVDs treated as sympathetically as possible, courtesy of Sony’s well-rehearsed scaling routines. Unfortunately, we can’t say the, headline grabbing, 4K UHD scaling is really worth the attention; most decent Ultra HD TVs will be just as good in this regard – the only thing it really adds is a premium to the price. Still, for its combination of faultless disc playback, high competency in streaming and ease of use, the Sony BDP-S6700 still merits an AVForums Recommended Award but we’d be saving our pennies for an Ultra HD player.