Should you just wait for a true Ultra HD Player? 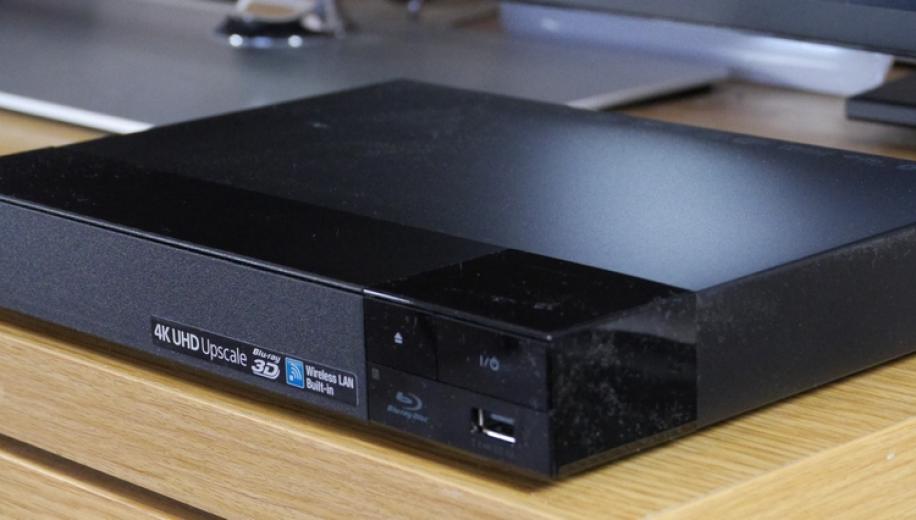 We’re hoping that Sony will soon be replacing the BDP-S6500 at the summit of their range with a true Ultra HD Blu-ray player but, for now, the BDP-S6500 is Sony’s current top model with seemingly only its 4K upscaling capability distinguishing it from the next one down, the BDP-S5500. It can also playback 3D discs and access streaming services and has built-in ‘super’ WiFi to make that experience better – or at least so they claim. If Wi-Fi or 4K upscaling is of no concern, the BDP-S4500 is probably the model you want from Sony’s range which would currently (November 2015) work out around half the S6500’s £130ish price-tag. With those 4K players around the corner, now might not be the easiest time to sell an upscaling spinner but let’s see if this one can hold its place in the market.

In basic design terms, there is little to distinguish the BDP-S6500 from the lower tier models but at least the casing is mostly metal so you get some extra weight for your money and it doesn’t gather dust at quite the rate of knots the others do. It’s a non-offensive black box and there is really very little noteworthy about its appearance. For practicalities sake, since most people will be stowing it in a unit, the box has dimensions of 255x192x39mm (WxDxH) so it’s fairly compact but there is a small power brick that you may need to take in to consideration. Most of the connections are at the rear and those include an HDMI 1.4 output and a coaxial digital audio out plus a LAN port. The BDP-S6500 also has built-in 802.11 b/g/n 2.4Ghz Wi-Fi capability which doesn’t sound particularly ‘Super,’ as Sony claims, more fairly bog-standard so we’ll check out how it performs later on. There is a USB port at the front which can be used for media file playback.

The supplied remote control is a bit lightweight for a flagship player but the design is well thought out with buttons that are well paced, and spaced. There’s one dedicated to launching Netflix and another allowing you to favourite apps to make them more easily accessible later. Elsewhere, it’s a more routine set of keys and save for the rather small and fiddly Stop and Pause buttons, they are intuitively placed. The User Interface is quite basic too and some of the app icons, e.g. BBC Sport, look fuzzy despite being quite small. It is simple enough to follow, however, as every function is given its own separate tile and navigation flows smoothly enough. The settings menu is positioned to the top-right hand corner and most of the defaults will be fine for the average setup. If you’re planning on using it as 3D player, however, we’d advise going in to the Screen Settings to enter your TVs screen size for best results.

Most of what we would consider to be the key video streaming services are present and correct on the S6500, either in pre-loaded form or by download from Sony’s store and they include BBC iPlayer, YouTube, Netflix (of course) and Amazon Instant Video. One interesting feature the BDP-S6500 has that we didn’t see on the S4500 is the ability to automatically detect and play network video at 24 frames per second, which is the usual frame rate of movies and US blockbuster TV shows; most players will output these incorrectly which causes stuttering on panning shots. Of the streaming apps available on the S6500, we only found Amazon and Wuaki to be sending the correct video signal out through their services, but it’s a great feature for the Sony to have. There is also a rudimentary web browser which is near impossible to use with the supplied remote and there’s the Opera TV store, as well, to bolster the available content. To be honest, Opera doesn’t have much worth shouting about, in our opinion, but you may find something of interest if you look hard enough. The BDP-S6500 can also hook up with Sony’s excellent SideView app, although its application is a bit limited for a Blu-ray player. SideView’s biggest asset is it programme guide companion but that’s not needed here so you’re limited to using it as a network remote control. There is a pointer mode that helps with browser navigation but little else to get excited over other than being able to directly launch apps. We were a bit surprised that there was no standard network media player on-board the S4500, instead you’re limited to accessing files via USB storage but at least file type support is very strong and it will play most of what you throw at it. You can use screen mirroring (Miracast) to send media from a compatible Android smartphone or tablet, should you wish.

Since the Ultra HD ‘upscaling’ capability is the only differentiator between this model and the BDP-S5500, we thought we might as well start by testing it out. Using two different Ultra HD TVs to compare – a Samsung JS8500 and a Finlux 55UT3E242S-T – with slightly differing results; whilst we could definitely see a slight benefit from the Sony scaling against the Finlux, if anything the Samsung TV made a better job of it than the BDP-S6500, albeit the differences were extremely minor. So, it would probably be fair to say that if you’re the owner of a ‘top brand’ Ultra HD TV – Sony, Samsung, LG & Panasonic – you’re not likely to see any improvement using the scaling algorithms of the BDP-S6500 but if you own something more budget, you may notice a slight improvement.

It would be worth screaming from the rooftops if it were any other way but, as with just about every player we’ve tested, the video output of the BDP-S6500 was excellent, with no unnecessary processing, nor colour issues or unwanted noise reduction goings-on, provided its left at the default settings. Movies shot at 24p (which make up the vast majority) are handled flawlessly but even those rare 1080i60 discs provide lovely images, thanks to its excellent video deinterlacing capabilities

It’s here that the opportunity for a players’ processing engine gets a bit more chance to shine and the BDP-S6500 is definitely not found wanting. Scaling algorithms are clearly well established now and this is evidenced by the Sony’s ability to bring SD resolution content up to a very acceptable standard on even quite a large HDTV. There is no detail suppression or nasty ringing artefacts and when the source is good – particularly with high quality animated titles – the output of the S6500 is excellent.

It’s probably here more than any other area where the performance of the BDP-S6500 outstrips the budget Sony players with generally excellent playback from video streaming services, due to its ability to detect and play 24p correctly. We have no reliable way of checking Sony’s ‘Super WiFi’ claims but it was certainly rock-solid in even the most testing room in the house, which is three doors and three walls away from our router.

The BDP-S6500 is also a bit zippier to get to the Blu-ray menus after inserting a disc with them loading between (on average) 15 and 25 seconds. To make the player boot up quicker, you can also disable the power saving feature, which Sony actually recommends you do. We wonder what the European Commission would make of that…

The Sony BDP-S6500 is another excellent Blu-ray disc player able to handle both two and three dimensional Blu-ray discs with no issues whatsoever. It also handles DVDs brilliantly, too, with crisp, well defined scaling and, if you need it, the S6500 can also scale all the way up to 4K resolutions. It’s a well made, if uninspiring, unit with a good remote control and a great selection of major video streaming services and the unusual ability to detect and playback movies and TV shows at the correct framerates from some of them.

Perhaps the questions here are: Do I own or plan to own an Ultra HD TV? If yes, is it from one of the big-name manufacturers and should I just hold out for an Ultra HD 4K Blu-ray player? If the first answer is ‘yes’ proceed to question two and if that answer is also in the affirmative, you might as well save yourself a few pounds and get the Sony BDP-S5500 instead. There’s no difference between the two players other than the Ultra HD scaling which brings nothing to the party when compared to the processing capabilities of the 4K TVs from Samsung, LG, Panasonic and Sony, themselves. Other alternatives include the LG BP550, which has an even better selection of streaming apps or the Samsung BD-J7500 which is a more like-for-like option with its own UHD scaling capability.