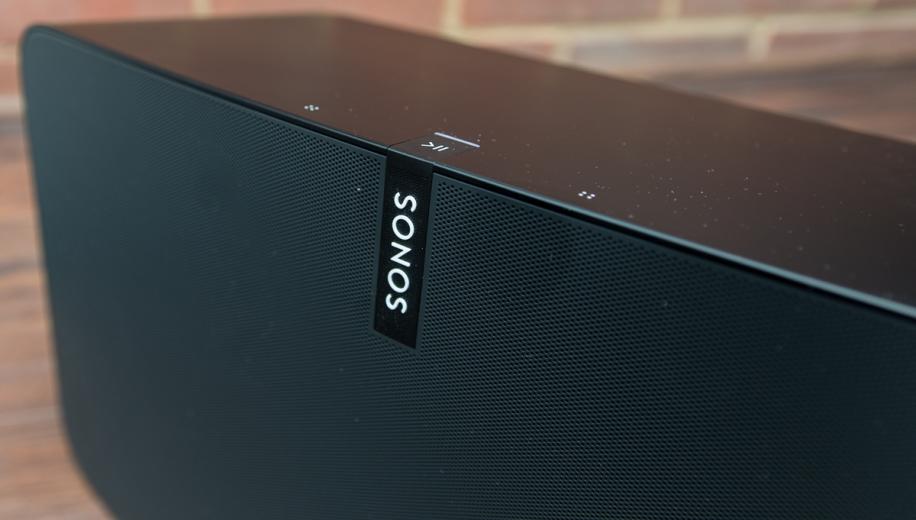 What is the Sonos PLAY:5?

The Sonos PLAY:5 is a self contained all-in-one streaming speaker system that can be used individually, as a stereo pair and as part of a whole connected household of Sonos products. These features are now sufficiently mainstream that they give us no pause for thought when we read them off. It is easy to forget that before Sonos arrived in the market, these were not features that were encountered very often. Multiroom in particular was something that usually required a wired backbone in the house to do anything. It was expensive, usually required professional assistance to get up and running and when all was said and done, the amount of things it could do were relatively limited.

At a stroke, Sonos threw most of these requirements out of the window. Using your own home network to link a series of units together, it had few of the same high buy-ins for it to work. Thanks to considerable amounts of up-front investment in software, Sonos generally did the unthinkable for network audio products of the time and 'just worked.' Coupled with a budget that allowed the company to advertise outside of the specialist press, Sonos achieved an awareness with the wider public that is unusual for an audio only company.

Of course, when you go and change the market, the rest of the world doesn't just stand by and watch. Since Sonos arrived, we've seen the amount of competition that it faces start to increase significantly. Sonos too hasn't been inactive and had been continuously increasing the size of their range and the features that it offers. The PLAY:5 is one of the products now entering its second generation. Does the original wireless multiroom brand have what it takes to stay ahead of the pack? The PLAY:5 is the largest of three Sonos all-in-one speaker systems (the others being the PLAY:1 and PLAY:3 imaginatively enough) and intended to be able to fill a reasonably sized UK lounge on its own while not taking up an enormous amount of space. The resulting speaker is a rectangular The control app is the cornerstone of the PLAY:5 and indeed the whole Sonos system. You use the app to put it on the network, set it up, get it talking to your streaming services and servers and then to other Sonos devices. Here the news is mostly good. Sonos has been doing apps for a long time and both the Android and iOS versions are stable, slick and fast. The company's expertise with third party integration shines through as well. Think of a streaming service and the Sonos supports it. If a new one appears, the likelihood they will be the first to add support for it. They support so many that you select them from a list and get them up and running based on your need for them rather than have them all ticking over at once.

When I say that Sonos supports integration with these apps, this also needs qualification. Whereas most 'Spotify compatible' products simply use the 'Connect' system, Sonos has its own portal that looks a bit like Spotify and grants access to all the bits you might expect but is entirely written by them. Likewise with Tidal. You never leave the Sonos app and everything is integrated into it from the ground up. This is impressive... but not perhaps as necessary as it once was. Spotify Connect for example is a bit of a boon for us sad types typing away on a laptop. I can select the Connect product in question and control what it does from the Spotify desktop app. The PLAY:5 is not a Connect product so does not appear in this app, requiring recourse to the Sonos app to control it. This is far from the end of the world but it isn't as convenient as it might be.

There is also the sense that Sonos is so convinced you'll use a streaming service rather than your own music that the app is actually somewhat flawed at adding your own music to it. The vast majority of network audio products on the market today will find any UPnP/DLNA product on the network automatically. The Sonos app, rather unusually requires you to type the address of the library in to access it on your device. This is somewhat archaic and while it does mean that the PLAY:5 doesn't search through dozens of locations to find music, it makes initial setup more complex. Once a library is found, the Sonos will build its own database. This makes for a very stable browsing experience but if you add any new music, the library needs to be scanned again.

One final gripe about this whole system before we move back into more positive areas is that despite indexing the whole library, the Sonos still can't tell the difference between standard CD sized files and compressed material which it can play and high res material that it can't. High res is still a tiny part of music sales so, in an absolute sense, it probably doesn't matter too much but if you buy an album from Bandcamp by way of example, there is a high chance it won't play. With most of the competition now able to handle high res, this leaves the PLAY:5 feeling a little limited.

Whatever quibbles I might have about some control aspects of the PLAY:5, I'm a fan of the physical design. It is easy to argue that the PLAY:5 doesn't look terribly exciting and I'm not going to argue to the contrary but it is smartly finished, well thought out and likely to blend in effortlessly into a wide variety of environments. The use of soft touch plastics and capacitive controls all leave the PLAY:5 feeling like a well thought out and quality product. When you take into account the whole range of equally well thought out and seamless products that you can augment the PLAY:5 with, this is still an extremely appealing piece of equipment. The control app is the cornerstone of the PLAY:5 and indeed the whole Sonos system

How was the PLAY:5 tested?

No Boost was supplied for the review so in this case the PLAY:5 was connected directly to my home wireless network and pointed in the direction of my Western Digital NAS drive to act as a music library. It was in turn also connected to Tidal and Spotify and briefly tested with internet radio via the TuneIn Radio Service. An LG/Google Nexus 5 phone on Android 6 was used for the bulk of app control. The original version of the PLAY:5 was a usefully capable speaker in its own right so the expectation is that the new version is going to be a good listen too. The good news is that not only is the new speaker a useful progression over the old model but also something that keeps rivals at this price point looking over their shoulders. What is immediately apparent about the way that Sonos performs is that while the sound is obviously processed – the laws of physics can hardly demand otherwise – unless you consciously think about this processing, you instead mainly concentrate on the music.

Listening to the slickly produced and splendidly 80s Get Rhythm by Ry Cooder, the Sonos is a seriously entertaining partner. The carefully shaped and augmented bass means that it sounds bigger and more entertaining than you might reasonably expect. This bass extension is well integrated into the overall frequency response and leaves the PLAY:5 able to deliver a big and extremely fulfilling sound.

The upper registers are well delivered too. Vocals are rich and tonally believable and their relationship to their supporting instruments is as good as the recording permits. You can drive the Sonos extremely hard and it stays refined and civilised all the way up to the point where realistically, if you need more volume, you probably ought to be looking at adding a second one. There is the slightest sense of the cabinet starting to add a little of itself to the performance at high levels but again, this is really only something that occurs when the PLAY:5 is being thrashed. There is a weakness that is more apparent at normal listening levels and this reveals itself when you put on something faster. The process by which the PLAY:5 augments the bass response of the drivers does seem to have a tempo beyond which it doesn't sound as quick and clean as it could. With more uptempo dance and electronic music. the Sonos remains impressively punchy but can't deliver each beat with the crisp, start and stop definition that they need to be truly exciting. Compared to the Naim Mu-So Qb which has a similar internal volume (albeit at a higher price), the Sonos sounds a little confused and congested.

Where Sonos has you covered of course is being able to add a second PLAY:5, an external sub or simply look at moving the PLAY:5 to another room and investing in something bigger from the company's range in that room. The modular way that their equipment goes together has now become the template for most other brands but few of them have the breadth of gear that Sonos does. When I summed up the Sonos range of 2012 I noted that while I considered performance excellent "The system isn’t perfect though and there are matters that might need attention sooner rather than later if the system is to keep a pre-eminent place in the streaming hierarchy." The PLAY:5 is a little frustrating because while Sonos has dealt with some of the issues I raised, they have yet to deal with others. Tying the system to 16/48kHz is, I imagine, still not going to be a dealbreaker for most people but the app architecture and the way it impacts on some aspects of operation of the product are now increasingly constrictive.

What I can't complain about is the performance. The latest PLAY:5 moves on from the original and this is a genuinely talented small speaker that has the option to become an impressive stereo pair by adding a second. In some ways, this makes the continued limitations of the design a little more annoying but there is no doubt that for people unconcerned by the quirks of the ecosystem, it is possible to build a seriously talented multiroom system around the PLAY:5.