Another kart racer to add to your collection 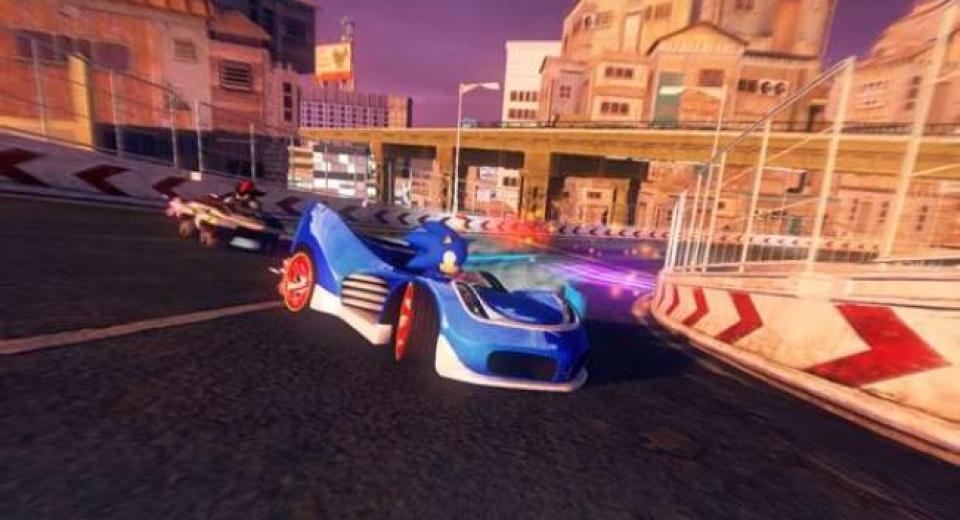 It’s hard to stay on top of your game forever and sometimes people have to accept that they will make mistakes and, inevitably, get overtaken by a successor into first place. This has been the case with the legend of gaming that is Sonic as recent titles starring the nifty hedgehog have proved to be far from smooth or successful. Looking back to the eighties and nineties, Sonic enjoyed global success with his 2D side-scrolling adventures but as technology has advanced the 2D scrolling games have fallen out of favour.

That’s not to say SEGA haven’t tried to keep it alive however as numerous re-releases of the original game have been seen on various platforms with their fair share of criticism and acclaim. But much like a young bird has to fly its nest; Sonic has had to leave behind his familiar surroundings in order to find new and fruitful pastures.

In what appears to be kart racing season, the speedster finds himself commandeering his own vehicle in order to beat his rivals to first place in his latest title: Sonic & All Stars Racing Transformed. The kart racing genre is relatively niche but much like bad luck, these things come in threes and, along with this title, F1 Race Stars and LittleBigPlanet Karting have also released at much the same time. Whilst the other two titles are relatively new in terms of scope, Sonic has pedigree and nostalgia on his side which may give this title the upper hand in terms of market appeal. Not only does this title have the job of giving people reason to believe in SEGA and the Sonic franchise, it also has a job on its hands in terms of giving Vita owners an excuse to use their console. It’s not looking great for Sony’s latest hardware so with that in mind, does All Stars do enough to warrant a purchase?

There was a fair amount of love for the predecessor of this game Sonic & SEGA All-Star Racing, enough so to warrant a follow-up and rightly so given that it provided solid racing and a host of decent characters to choose from. The same can be said here too as the racing controls are pretty much spot on whilst the amount of variety on offer is rather good as well.

With the adjective ‘Transformed’ purposely being stuck in the title of this game you’d expect there to be some big changes in place since last time. To the top of the class for anyone else who spotted that, because this is the case as the very foundation of the racing has been changed. Before you would simply race on four wheels but now you can race on water and in the air. To keep things spicey, you might be on the traditional tarmac and mid-race the track may switch to water whilst your kart transforms into a boat. The handling of all these modes of transport is slick as you’d expect and allows you to manoeuvre past obstacles and around opponents with ease. Of course how your vehicle looks depends entirely on which character you chose to compete as. Sonic’s vehicles are painted in his native blue whilst Amigo (from Samba De Amigo) races in an orange livery.

Not only does the paintwork differ, but each character has their strengths and weaknesses when it comes to handling, top speed and acceleration amongst other things. Being dedicated to your favourite characters pays off too as accumulating points for them unlocks new ability sets allowing you to select the relevant one depending on the upcoming course.

For a Vita title, All Stars looks rather nice with bright colours throughout the game showing off the screens capabilities and brightening up what could be dull surroundings. They're not always top notch however as the visuals sometimes suffer from flat textures or dull details, which to some extent you would expect from a portable console. But given that the Vita has been billed as a powerful console, there is little excuse for a poor port of home console versions.

When it comes to selecting your desired race, you can choose what level you wish to compete at. The lowest setting, being the easiest, rewards you with one token but has a more forgiving target whilst the highest setting gives you three tokens but demands you finish in first. The in-between setting will suffice for the majority as they will find the easiest setting too easy and the hardest setting that little bit too much until you have put a fair amount of time in the game.

That’s not because it’s unfair, it’s simply because the AI become craftier and the races become more and more intense with weapons all too keen to send you to the back of the grid in a blink of an eye. Carefully studying enemy patterns and holding onto weapons until the right moment is key to success on the harder modes, making a win that little bit more satisfying.

The adversarial modes deliver a fair amount of satisfaction and competition as well with the online multiplayer modes holding up rather well in terms of stability and variety. Given how some Vita games have struggled with server stability, SEGA have done a decent job here its just a shame that the number of competitors isn't that high. In total there are around 20 characters to choose from varying from Sonic’s crew to the Space Channel 5 ensemble, each with their own custom settings to unlock and utilise. Half are locked from the outset which can be unlocked periodically should you have the correct amount of tokens to do so. As mentioned before, the tracks change throughout the race meaning that no two races will be the same and you can’t simply follow a routine throughout the race as you must take note of the changes that have been made to the track. It’s a nice idea as it breaks the monotony seen in most other racing games out there and gives the game a unique edge when most might see this as little more than a simplistic racer.

Coinciding nicely with the number of characters and settings on offer is the number of races and tracks seen in the main mode of the game. For most the major draw-to feature will be the competitive modes between online punters but it’s good to see the single player mode receive a fair amount of depth and quality. This is helped for the most part by the AI of your rivals as they do a good job of mimicking real-life opponents.

The arsenal on offer is the usual fare seen in the more casual racing titles such as boosts, straight firing rockets and deployable obstacles. Of course they are themed in such a way that you might just ignore the fact you have seen them before countless times in other games but when they work as well as they do here, you can’t really grumble. If there was one real negative within this game it would be the detection between your vehicle and the obstacles within each race. Some of the aerial sections require you to weave in and out of pillars which isn’t always possible when you clip the edge of one when you were clearly nowhere near it.

That’s without the added hazard of deployed weapons or other racers too, so it’s not always easy to negotiate the upcoming sections. It was seen on one occasion that, during a time trial event, a track pulled the player towards it rather than letting them take their own course. Whether or not it was because I was drifting out of bounds I don’t know but there was no clear indication of this and the route desired was one that would get to the next time gate.

Thankfully the features of the Vita haven’t been forced upon this game like an unwanted present from a loopy family member and the game thrives because of it. There is no need for the touchscreen or the touchpad to be used and it’s great to see that Sumo Digital didn’t see the need to include their functionality.

Fair enough we might have seen three kart racers launch in a short space of time but in reality, we don't see these types of 'casual' racers anymore so having more than one to choose from is not necessarily a bad thing, especially when you consider that this game doesnt really do much wrong and offers up enough replay value to warrant any Vita owner playing through it.