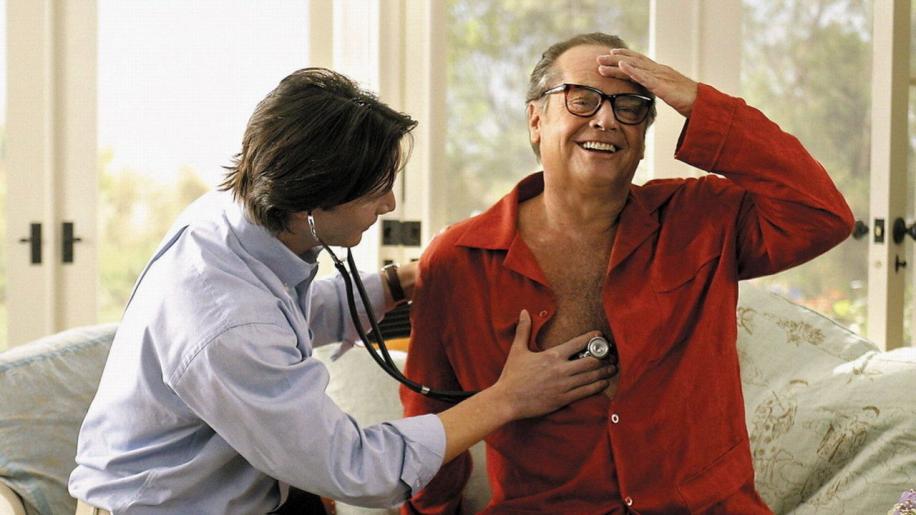 Framed at 1.85:1 and anamorphically enhanced the print looks very good indeed. Shot with a slightly soft focus we are still treated to an image which has good detail and colour saturation on display, blacks look solid and colours are stable with no bleed or bloom present. Skin Tones also look natural with good detail present on close ups. I didn't spot any edge enhancement or digital artefacts during the movie, however there was an old problem I hadn't seen since the days of laserdisc present, white speckles are seen in certain scenes. This is surprising given the age of the print, but is never overly distracting in the two scenes I noticed them in. Overall a good transfer. We should have a setting on our Home Cinema amps and processors called “Rom Com Mode,” this cuts all power to the surrounds and fixes the dialogue and action firmly on the screen. The Dolby Digital 5.1 soundtrack does this for us however, nothing to see..or hear here that's of interest, just a functional sound mix for a dialogue heavy movie. You can't knock Jack when he's at his best and during his commentary track with Director Meyers he is in great form, telling jokes and stories from the set as well as fooling around with Meyers. The second commentary track is more technical with Meyers and co talking about the look of the film and production challenges, occasionally Keaton gets a few lines about her role.

Moving on we have one deleted scene with Jack singing Karaoke to Keaton, a look around the set with Amanda Peet and cast and crew filmographies. Rounding of the disc are trailers for Something's Gotta Give, 13 Going On 30, Spider-Man 2, Big Fish, Anger Management, America's Sweethearts, Sleepless in Seattle, As Good As It Gets, The Company and Secret Window. Something's Gotta Give is a romantic comedy which very much sticks to the Hollywood formula, it has some great performances from the leads, some good jokes and a story worth telling. It is however 45 minutes too long and slows to a stop in places. Worthy of a rental viewing, I don't however think it's a keeper.