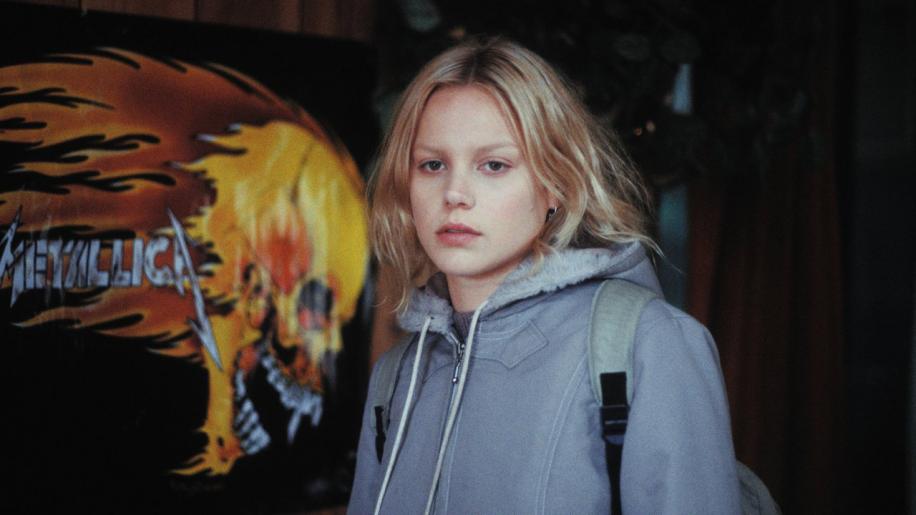 Picture wise there can be no major complaints with this anamorphically enhanced transfer. Shortland's visually arresting colour schemes and wonderful landscapes are done justice here, in an adequately crisp and balanced transfer. With Somersault being a low-budget independent as it is, don't expect to be blown away by astounding picture fidelity. There is some softness and loss of clarity in some scenes, as is there the presence of occasional slight grain. It certainly is not distracting if you don't look out for it however, and given the film's roots is understandable. To its credit there is an absence of any digital effects here, so no ghosting, artifacing or shimmering affects the quality of the transfer. The disc offers the choice of two audio tracks, a Dolby Digital 5.1, and a standard Dolby 2.0. Again, given the nature of the movie as a whole, we are never going to be greeted with an aural spectacular. The 5.1 track is unsurprisingly front heavy with very little from the rears. Occasionally the ethereal score by Decoder Ring encroaches across the back speakers, but aside from this full surround is disappointingly sparse. Both soundtracks are acceptably balanced however, and dialogue is always clear and audible, which is probably the vital factor with this movie. Here the disc provides some pleasant surprises, offering four meaty additional features for perusal. First up, and probably of most interest to Shortland fans, is the inclusion of her 1999 short 'Flowergirl'. The film follows the fortunes of a young Japanese man preparing to leave his life in Sydney to return to his father's business in Tokyo. But in saying goodbye he must also bid farewell to the flatmate he has secretly fallen in love with. An early precursor to 'Somersault', the film works in the same emotional circles and contains many of the distinctive visual flourishes Shortland would expand upon in her first full-length feature. Again it's self consciously arty, but at a brief 20mins never outstays its welcome. Second, there are just under ten minutes of deleted scenes on offer. Although many are padding, wisely removed to preserve the flow of the film, there are a couple which serve to strengthen and explore the emotional bonds between characters and as such maybe should have been included to help expand the humanity the film lacks. Shortland provides an optional commentary to explain the omission of the scenes which makes it all the more confusing as to why a commentary on the feature itself was not provided. Rounding out the package are two behind-the-scenes featurettes covering the making of the movie. 'Inside the Snow Dome' is comprehensive, running at nigh on 30mins. Principle members of the shoot are interviewed, and Shorthand is insightful on her intentions when making the film. Accompanying this documentary is a 15minute interview with Robert Humphreys entitled 'Shooting Somersault'. This too is engrossing and invaluable for anyone interested in the more technical aspects of creating the film's sumptuous visuals. Also included as an extra is the requisite theatrical trailer. It's difficult to be too hard on Somersault but, despite its critical adulation, the film fails to connect on a personal level and therefore falls at the first hurdle as an involving drama. It's an honourable failure, a movie with good intentions that just lacks the necessary ingredients to work as a successful whole. Having said that, it has already proved there is a market for it, and open-minded fans of cinema would be advised to draw their own personal conclusions about it. Certainly there can be no such division of opinion concerning the Metrodome disc, which provides a decent quality AV production with an excellent selection of extra features.