To trust can be murder. 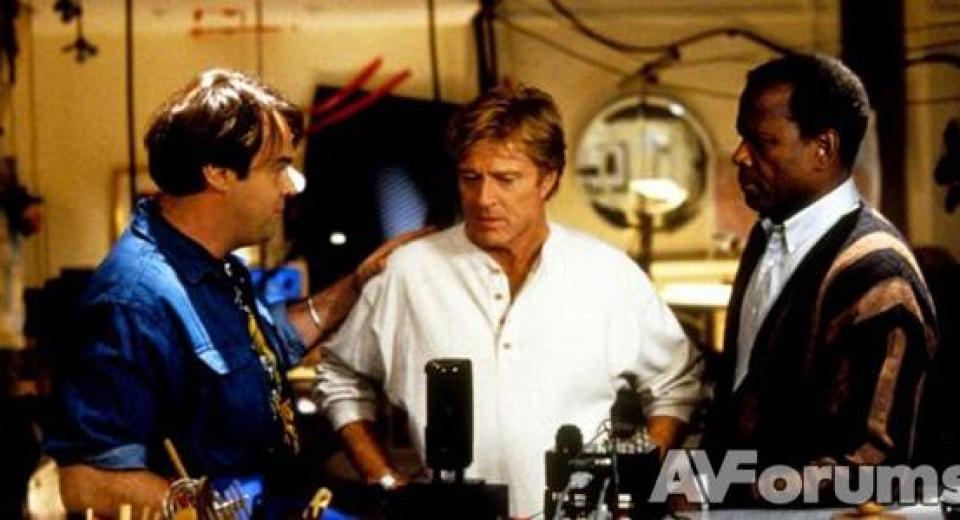 The 1.85:1 MPEG-AVC transfer looks very good for its age, with no real horrors to report. Dust and scratches are minimal and the film has been nicely stabilised. Film grain is quite low and the exposure is good throughout, with little pushing of the negative to increase brightness evident. Brightness and contrast is generally very good, but it is not the sharpest picture I have seen from a film of this age. I did not detect much in the way of edge enhancement and there are no jaggies or pixelisation issues. Detail in the darker regions of shots is sometimes missing, particularly noticeable in the shots in the team’s van, where the dark recesses seem to fade into infinity.
Essentially then, a competent transfer from a good negative, but nothing mind blowing. As with the picture, the sound is fine. The DTS-HD MA 5.1 stream is not the most exciting, with the surround channels waking up occasionally, but the LFE remains almost unused, such is the lack of intensity of the movie. The dialogue is clear, if a little too firmly positioned in the centre, while the dynamic range of the sound track as a whole is a little lacking. The soundtrack is a good fit to the film, with a nice mixture of pop, blues-jazz and classical tracks, many of them quite well known including Bad Boy Leroy Brown and Chopin’s Waltz in E-Minor. Quite an old fashioned surround mix by modern standards and hardly cutting edge in its day, but there is nothing to distract from the movie as a whole. A good suspense thriller with an all star cast, but it has dated rather badly. Redford, Aykroyd and the rest of the cast all put in good performances but for a film set around technology, there are a few to many technical inconsistencies to make it a totally satisfying film to watch. Technically, it looks good for its age, but the audio definitely sounds a little old fashioned, so it will not challenge even the most basic stereo. The lack of any extras at all is disappointing to say the least.

For its faults, this remains a watchable movie and quite good fun as well, with enough subtle humour to keep things light hearted. If you like lightweight thrillers with little violence or bad language, Sneakers is worth a look.