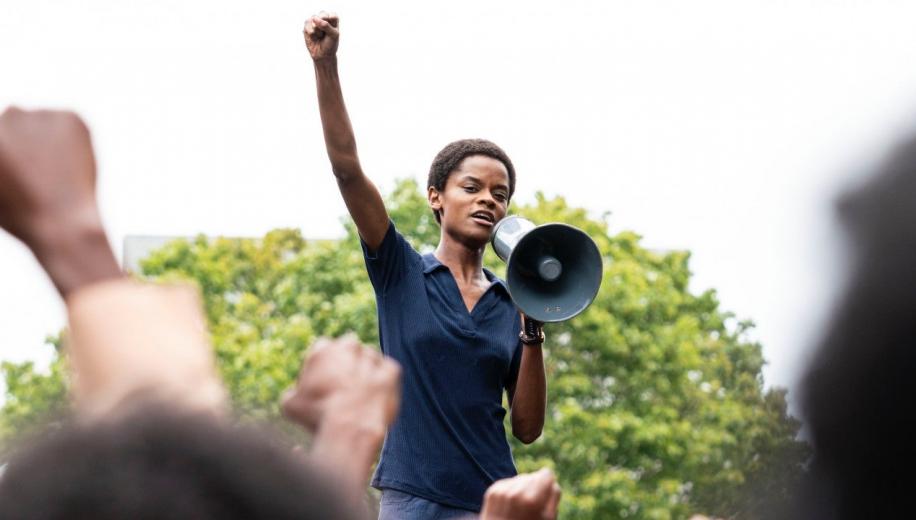 Steve McQueen has already carved his name into the annals of history, of the British, Art, Cinema and World varieties. Now, the multi-hyphenate creator has moved to the small screen, with anthology series Small Axe chronicling the lives of the Caribbean community in London between the late 1960s and the mid 1980s.

Not content with being the first Black filmmaker to win the Best Picture Oscar or being the darling of the art world for receiving the Turner Prize, McQueen has taken to BBC (and Amazon Prime) to present a five-part series that combines his signature artistic style with really profound British stories.

The first episode, Mangrove, is based on a true story. Three of the other episodes are also about a real historic event, while one is a fictional tale inspired by the British Caribbean experience. The episode (it’s a short film really) deals with the incredible story of the Mangrove 9’s trial at the Old Bailey in the late 1960s.

A really exciting piece of television too, and not just because of the gripping subject matter

When you think about it (and it’s best for the blood pressure not to think about it too hard), it’s pretty incredible that this story’s not been told on any of our terrestrial channels before. It’s a truly landmark court case that’s got it all – working class heroes, a noble cause, courtroom drama, inspiring leaders, a big twist – and yet we’re in 2020 and most of us are learning about it for the first time.

Mangrove is set in 1968, the same year Enoch Powell spat out his “rivers of blood” tirade. Frank Crichlow (Shaun Parkes) owns a Caribbean restaurant in Notting Hill. The Mangrove is a real hub in the Caribbean community in London, and soon becomes a political haven too. Darcus Howe (Malachi Kirby) and Altheia Jones-LeCointe (Letitia Wright), leader of the British Black Panther party soon begin holding meetings at The Mangrove, bringing a maligned community together in a safe space.

Inevitably, it didn’t remain a safe haven for long. Police soon got wind of the Black Panther association with the restaurant, and it was raided a dozen times in a year and a half. Of course, the raids were thinly (or not at all) veiled racial prejudice, and were designed to intimidate and destabilise the thriving Caribbean Black community in west London.

In response, a group of 150 marched to their local police station to protest the unjust raids on a beloved restaurant. Of this group, nine were arrested and charged with inciting a riot. The subsequent Old Bailey trial turned out to be one of the most sensational and extraordinary passages in British judiciary history.
﻿

Obviously, it’s wonderful and important for viewers of Caribbean heritage to see their stories told on screen by people who look like them. But more to the point, this is a series about British history – it applies to all of us and we should all be watching. It’s a joy to watch, even though it’s distressing and anger-inducing stuff. Kirby and Wright in particular are extraordinary as two extraordinary people. Wright is at once luminous and furious, joyful and incensed, powerful and real as the amazing Jones-LeCointe. The film also does a much neater job than the roundly criticised Guerilla in showing how the struggles of the Black and South Asian communities intersected at this time, without having to de-centre this amazing story of Black women.

Parkes is also excellent as slightly reluctant activist Crichlow – just a regular guy who wanted to run a restaurant for his friends, who finds himself the unwitting centre of a civil rights storm. All the performances in Mangrove are absorbing, engaging.

Obviously, it’s wonderful and important for viewers of Caribbean heritage to see their stories told on screen by people who look like them. But more to the point, this is a series about British history – it applies to all of us and we should all be watching

It’s a really exciting piece of television too, and not just because of the gripping subject matter. McQueen directs with his usual balancing act of heart and tension, and makes sometimes surprising stylistic choices that keep Mangrove feeling fresh and contemporary, even when it’s so deliberately rooted in its time setting. Cinematographer Shabier Kirchner shoots on film, which makes for a really immersive experience during the protest scenes. This was a real event and a true piece of history, and every element of Mangrove pays tribute to that and honours it without ever feeling pious or ingenuine.

The five-part Small Axe series continues each Sunday on BBC One, and continues next with Lovers Rock, the fictional story in the anthology. Both timely and timeless, Small Axe is an important piece of British culture and it feels it at every turn in this first film. Essential viewing, enjoyable viewing, important viewing.