More than just a Sly re-release? 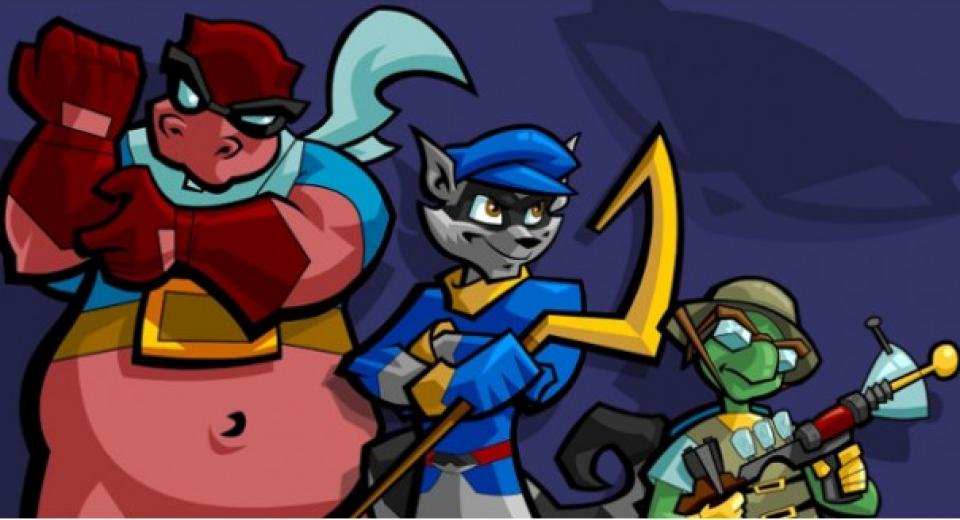 Anyone thinking that this collection is the same as the one released three years ago on PS3 would be absolutely correct in this assumption. The Sly Trilogy was delivered onto PS3 by the folks at Sanzaru Games and it’s thanks to their craft and cunning we find ourselves re-playing the Sly games again on Vita.

Whilst there may be some who will shout this title down as nothing more than a money spinner, it makes complete sense to release on Vita. These are the sort of games which you pick up and play for a short while and leave them to come back to, which lends itself well to the portability of the Vita. When there are people who have sold their PS3’s to fund their PS4 purchase, it’s nice to have a chance to pick up previous PS3 titles on a portable machine. But however you look at it; the Sly games were well received when they were given the shiny HD treatment and rightly so. Having played them originally back on the PS2, it was brilliant to see them brought into the modern gaming era. Arguably, they held up well both graphically and mechanically considering they were PS2 games and you could be fooled in thinking this was their first release. Just as they found a new home on the PS3, they do so here on Vita too as the art style of all three games looks fantastic on the Vita’s OLED screen. The hand-drawn, cartoon style graphics still look fantastic and put to bed any worries that some of the detail will have been lost compressing the games onto a cartridge as opposed to disc. Saying that, this isn’t really a trilogy package as only the first two games are on the cartridge with the third being a download code from the PSN but that’s not a massive crime. In the end, it will have surely benefitted the games not to cram too much data onto the limited-capacity cartridge.

The games still handle very well and nothing has been lost in translation mechanically which some games fall foul of when it comes to the thumbsticks, particularly first person games. Controlling the nifty raccoon is still an entertaining experience and, as you conduct your sneaky task with precision, frustrating moments rarely rear their head. Getting a bit touchy

A question that will be at the very front of people’s minds is what does the Vita bring to the party in terms of functionality? Depending on how you feel about the features the Vita has, you will sigh in disappointment or be happy to see them included. The rear touch pad allows you to see the HUD and display how many coins you have, whilst also seeing where the mission marker is in relation to your current location. The touchscreen is also used in order to bring up the binoculars and scope out the local area which is quite handy and removes the need for an unnecessary button press.

The most prevalent frustration with this package is the camera control which can become somewhat of a chore especially on the smaller screen. But thankfully these instances are rare and only occur when the action gets hectic in a confined space which doesn't happen frequently.

He Robbed My Money!

There's definitely a place for these sorts of releases on the Vita and it's great to see old games brought back to life and hopefully in the future we will see PS3 games being brought to the system too. The issue with them is whether or not they warrant a second purchase depending on your attachment to the game in question.

In this case you could probably live with the package you have on PS3 already, however if you have upgraded to PS4 and need something to give your Vita a bit of use then there's no reason not to enjoy these games again. Just make sure that you have plenty of space on your memory card as the third game comes as a download code rather than on the cartridge.