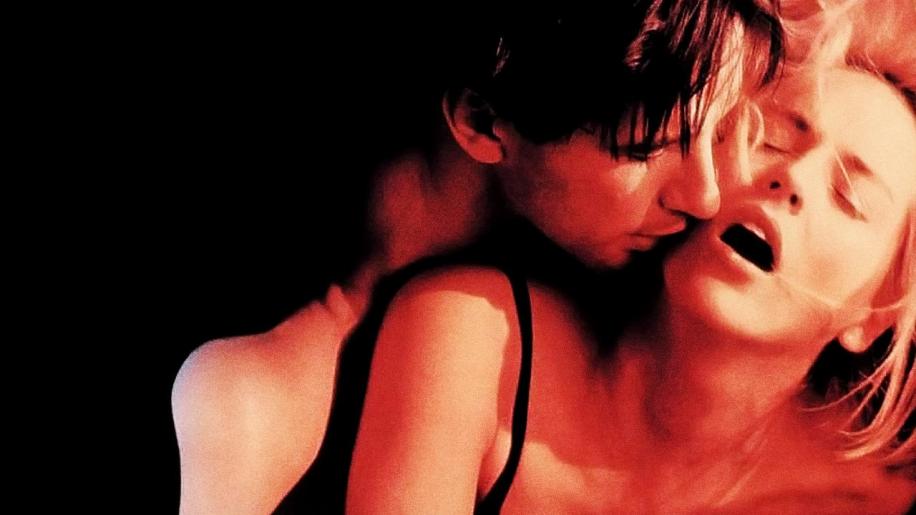 Sliver was shot using the anamorphic Panavision process, which usually yields a projected ratio of approximately 2.35:1, and as far as I know it was exhibited as such. But the DVD ratio is different, framed at approx. 2.1:1. It has 16:9 anamorphic enhancement for widescreen displays, natch. My immediate thought was that the image had been cropped to attain that taller ratio, but when viewed at the correct proportions the image looks slightly stretched instead. It's almost imperceptible at times and can vary from shot to shot (it's very noticeable on the opening credits) but it's there. The reasons for this aspect ratio alteration are unclear. I would say that the most likely is that director Noyce favoured a slightly larger image size for home video, and then preferred to stretch the image rather than crop it, or used a bit of both. Maybe someone let the intern use the telecine machine that day? Whatever the reason may be, this alteration is apparently constant across all regions.

The transfer itself is very good. It's crisp and detailed, with a wonderfully filmic layer of grain that isn't hindered by lousy compression. The average bitrate on this dual-layer disc is a stonking 8.8 mb/s, so no compression artefacts here. The cool colour scheme is correctly represented, and the blazing reds that Noyce seemingly uses to indicate sex/sexuality are contained extremely well. Skin tones usually register as accurate, aside from the jogging sequence where everyone looks like they've overdone it on the fake tan. Blacks can look a little grey at times, but that's no big deal. Edge halos are virtually non-existent. There may be a few specks and marks on the source material, but that's to be expected for a film of this age.

The solitary audio track on the disc is an English Dolby Digital 5.1 remix of the original Dolby Stereo SR mix, and it's a good effort overall. There's a real sense of spaciousness to it, using the rears to provide convincing ambience and directional effects when necessary. The LFE channel even awakes from its slumber from time to time. Dialogue is clean and intelligible (sadly) and the music (Howard Shore's score bulked up with some Verve, Enigma, UB40 and a classic from Massive Attack) is nicely spread across the sound stage.

Nothing. Nathan. Nada. A featurette on the troubled post-production on the film and the scads of deleted footage would've made for interesting viewing, but this disc is curiously barren. Even the trailer would've been something.